Located in Lake Huron in the state of Michigan, the Mackinac Island vacation destination is a summer getaway for travelers from not only the region but the world.

Pristine wilderness, amazing views and a wealth of history all come together to create one of the most picturesque areas of the Great Lakes.

Whether you are visiting to enjoy the wonderful food and accommodations or if you are looking to experience the feeling of stepping back in time that this island promises, once you arrive on the shores, you will easily understand why so many people make a Mackinac Island vacation an annual part of their travel itinerary!

Read on to learn more about this island’s unique appeal and discover all the reasons why you too should include this remarkable destination on your own travel bucket list! 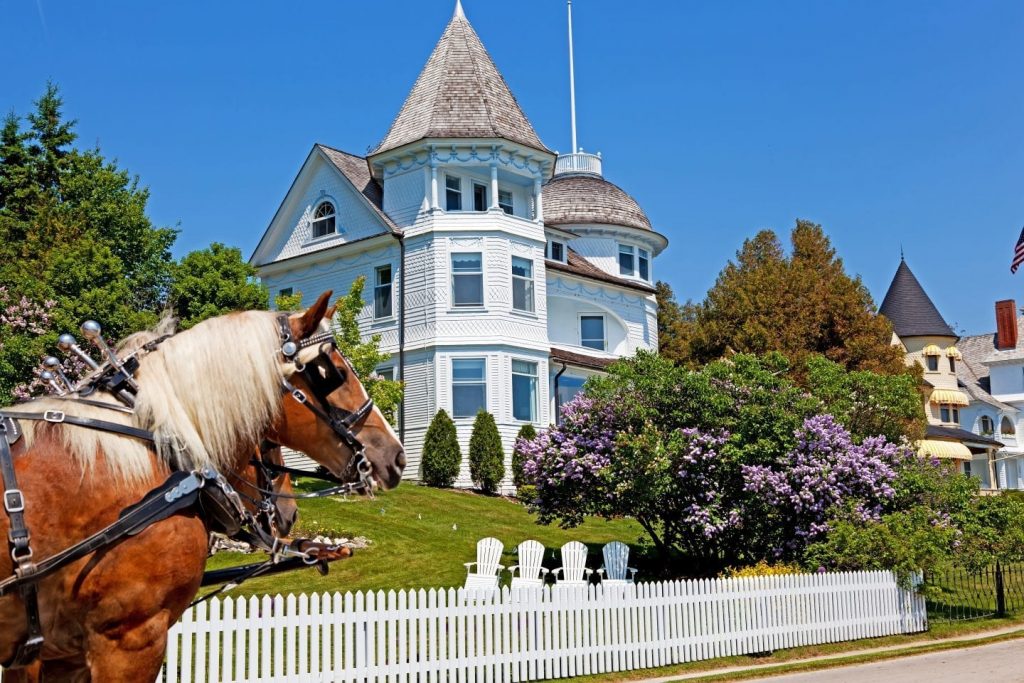 Mackinac Island Vacation History and why YOU Should Visit

Since the late 1800s, people have been flocking to this area for a Mackinac Island vacation but the history of the island goes back even further than that.

Researchers and archaeologists have found evidence of settlement as early as 900 AD, when indigenous people inhabited the island as a fishing settlement to take advantage of the plentiful bounty of Lake Huron.

Many of the discoveries from these archaeological explorations can be seen today in various museums and private collections throughout the town and island and for the truly intrepid history buff, the original sites themselves can still be found on the many hiking trails that weave across the island.

Around 1670, the first of the European settlers arrived on the island, but their motives were for missionary work and not to enjoy a Mackinac Island vacation!

Once these first European settlers arrived, they began taking advantage of the rich resources of the island, proving beneficial for fishing as well as trapping for the fur trade. There is even a historical site that was built to accommodate the wealthy fur trade of the American Fur Company still standing today, originally erected in the early part of the 1800s.

In the following centuries, the area came under the control of the British and before the American Revolution, they built the still standing Fort Mackinac to protect the region from advances from the French in Canada.

It was later in that century that the idea of a Mackinac Island vacation became more popular. Fishing for sport became a popular pastime and the area was still quite plentifully stocked with all different varieties of fish. The popularity of the fishing resulted in a large boom of tourist growth, resulting in hotels and restaurants that are still in use today!

Due to the rise of tourism and visitors, the government was proactive in ensuring the natural beauty of the area was preserved, naming it the second national park of the United States in 1875, and then changed to just a state park 20 years later.

Further efforts were made to preserve the charm and history of the island starting as early as the 1890s when a number of areas on the island were designated on the National Register of Historic Places.

In the 1960s, the entire island itself was added to the National Historic Landmark list, resulting in the continuation of preservation attempts that had started almost seventy years earlier! The wealth of historical sites and points of interest throughout the city is a testament to the preservation and conservation efforts of these designations and one of the main reasons that the Mackinac Island vacation destination continues to grow in popularity today.

Due to the continued popularity of tourists taking advantage of the Mackinac Island experience, traffic was quickly becoming a problem for the small area, resulting in an unprecedented move by the local governments.

Toward the very end of the 19th century, the decision to ban all motor vehicle traffic on the island and this ban is upheld even today. Emergency vehicles and snowmobiles in the winter time are the only forms of motorized transportation allowed on the island, giving the impression of stepping back in time as horse-drawn carriages fill the streets instead of cars!

These lengthy efforts to preserve the historic charm and natural beauty, the Mackinac Island vacation destination has become a gem of amazing things to see and do in Michigan. The buildings, historic sites and even the hotels and restaurants all range in age through a span of around 300 years, featuring a plethora of Victorian style homes and resorts as well as smaller craftsman style cottages and camps dotted along the shores of the island.

The charm is eagerly preserved in any new building that does take place and conservation efforts pay attention to the tiniest of details to ensure that the authenticity of the city remains intact.

The natural wonders of the island are also one of the biggest draws for those traveling to the area for a Mackinac Island vacation. 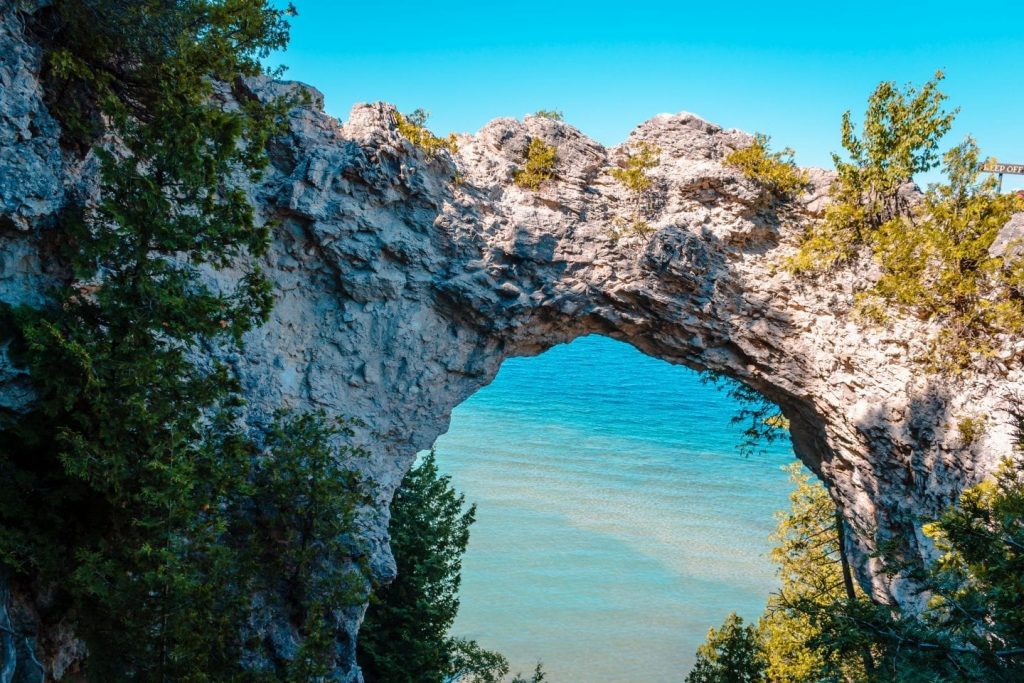 Sport fishing was what first brought tourists to the island so many years earlier and continues to be a popular pastime among those visitors still coming to this day. The flora and fauna of the area are protected by numerous entities and the land itself is well managed to ensure recreational use is readily available without damaging the precious ecosystems that make this island such a world of natural wonders.

Hiking, biking and camping are all some of the most sought after activities, while canoeing and kayaking along the shores appeals to even more of the travelers visiting the Mackinac Island vacation destination.

Throughout the city and these natural protected areas, you will also find a number of children’s parks and recreational areas, making it a perfect location for families with children to experience the joy and pleasure of a Mackinac Island!

While the outdoor recreation and the overall charm of the Mackinac Island destination bring floods of summer tourists to the region, there are also a number of points of interest that add even more to the flush list of things to do there.

Mackinac Fort and Fort Holmes are both ranked among the top things to see, each one undergoing regular restoration to preserve their wealth of history and culture. Fort Holmes in particular has an intriguing history as the source of many volunteers during the Civil War as well as the claim to fame of housing at least three Confederate generals over the course of the war and the years that followed.

Today, these sites welcome visitors with a chance to learn about the lengthy and robust history of not only the structures themselves but the island as a whole. A broad schedule of events throughout the year makes the experience even more comprehensive and exciting!

Golf aficionados will enjoy the 1898 Scottish style golf course during their Mackinac Island vacation, a course that boasts the title of oldest continually operating course in all of the state of Michigan.

The Mission Church also boasts a record of its own as the oldest church in the state and it is complemented by other popular spots such as Mission Point and the museum there as well as the nearby Mission House, both of which date back to the very early 1800s.

The Grand Hotel is another well-known landmark on the island. Built in the Victorian-style during the heyday of early tourist travel to the island, its lavish appearance and classic architecture become the hotspot for travelers staying in the town. 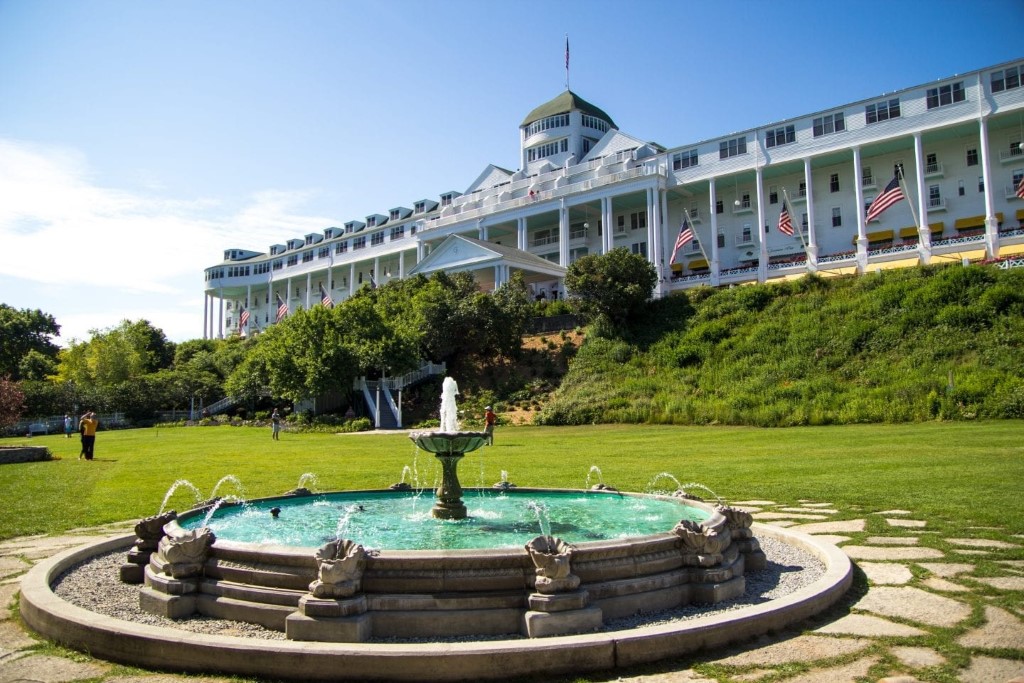 There are also a number of well-known events that can make for an enjoyable trip to keep in mind when planning your Mackinac Island vacation.

Every spring, the island hosts a ten-day lilac festival. These aromatic pale purple blooms fill the air with the recognizable perfume, filling every yard, park and street of the island with the large pillowy blossoms.

Given the size of Lake Huron and the island’s convenient location, it is also home to a number of sailing events and yachting events throughout the spring and summer season. These highly anticipated events often bring throngs of tourists to the area, creating a buzz of excitement as the ships go sailing around the island or dock at the harbor!

Another popular pastime is the American Art show, an annual event that brings artists, collectors and appreciators from all areas of the United States and beyond.

A Mackinac Island vacation is the highlight of the summer season for thousands every year. This area is so popular, in fact, that many travelers returning every year, making it an annual tradition for them and their families. 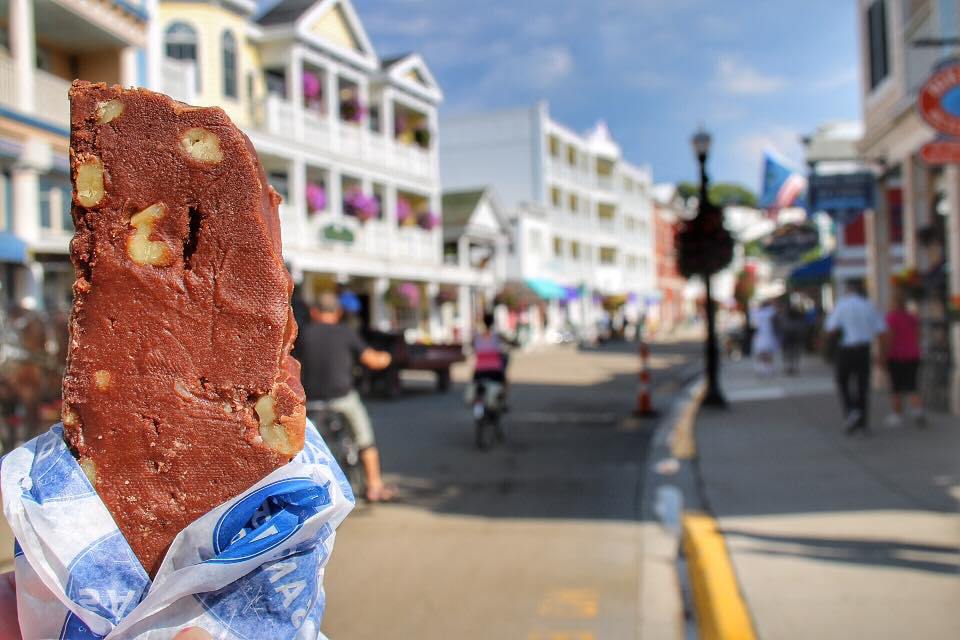 Whether you are going to take advantage of the pristine natural beauty of this unique island region or if the appeal of the charming, frozen-in-time beauty of the city is what attracts you most, one visit to the Mackinac Island vacation destination so many rave about will be sure to have you coming back time and time again.

No where else can you find such a picture perfect mix of old world charm, small town life, living history and unique natural beauty! 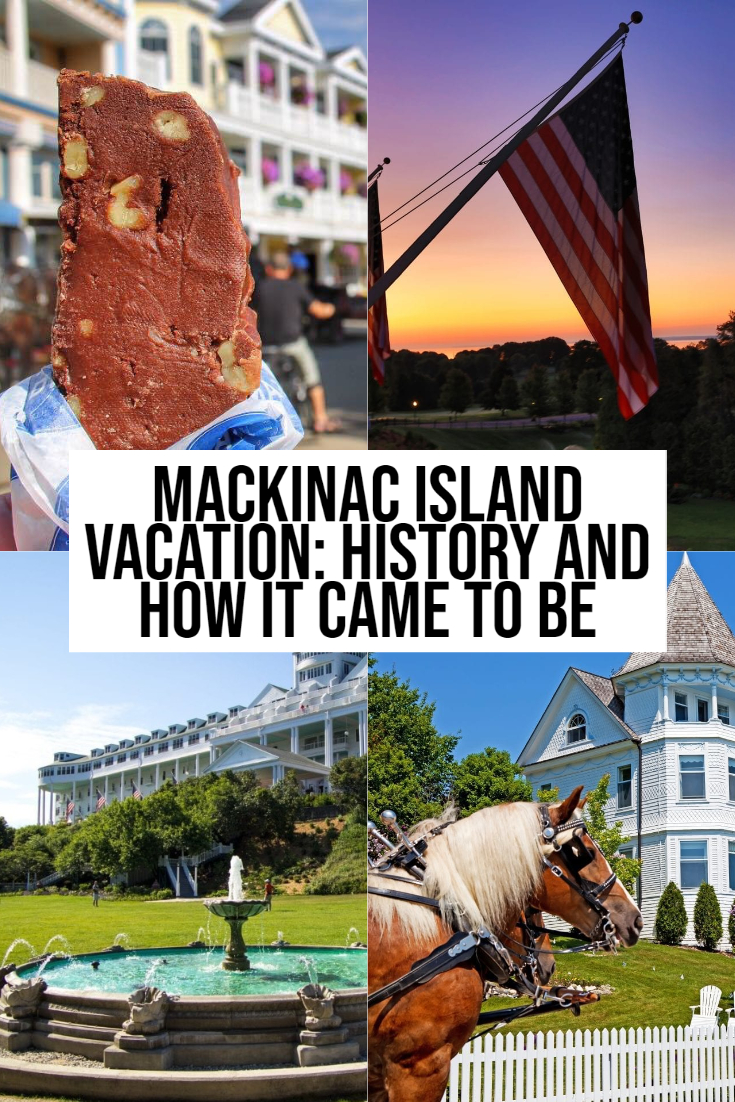