Located in the French Polynesian islands northwest of Tahiti, this luxury vacation destination is a bucket list must for many and this article filled with Bora Bora facts will illustrate why thousands of visitors flock to this unique location every year.

Central to the South Pacific Ocean, Bora Bora is a vibrant and tropical oasis filled with luxury resorts and pristine beaches, as well as a long and storied history filled with unique culture and sights. The idyllic over-water bungalows can be found all over this island as well as picturesque coconut trees and vibrant marine wildlife and colorful coral reefs, making it the essential tropical getaway for beach goers and jet setters from around the world. Read up on all the Bora Bora facts to learn everything you need to know before you go!

Part of the French overseas collectivity known as French Polynesia, this tiny island is only 12 square miles in size but packs quite a punch in terms of beauty as well as amenities! Located over 140 miles away from the Tahitian capital city of Papeete, one of the most surprising Bora Bora facts is that the island sits on top of an extinct volcano, much like the other islands of French Polynesia. The unique topography of this volcanic island is the reason Bora Bora is such a destination; the entire island is almost entirely surrounded by tinier sandy islets and coral reefs that create a serene, protected lagoon around the majority of the island!

The reefs and sandy islets (motus) that surround the island are one of the biggest tourist attractions. 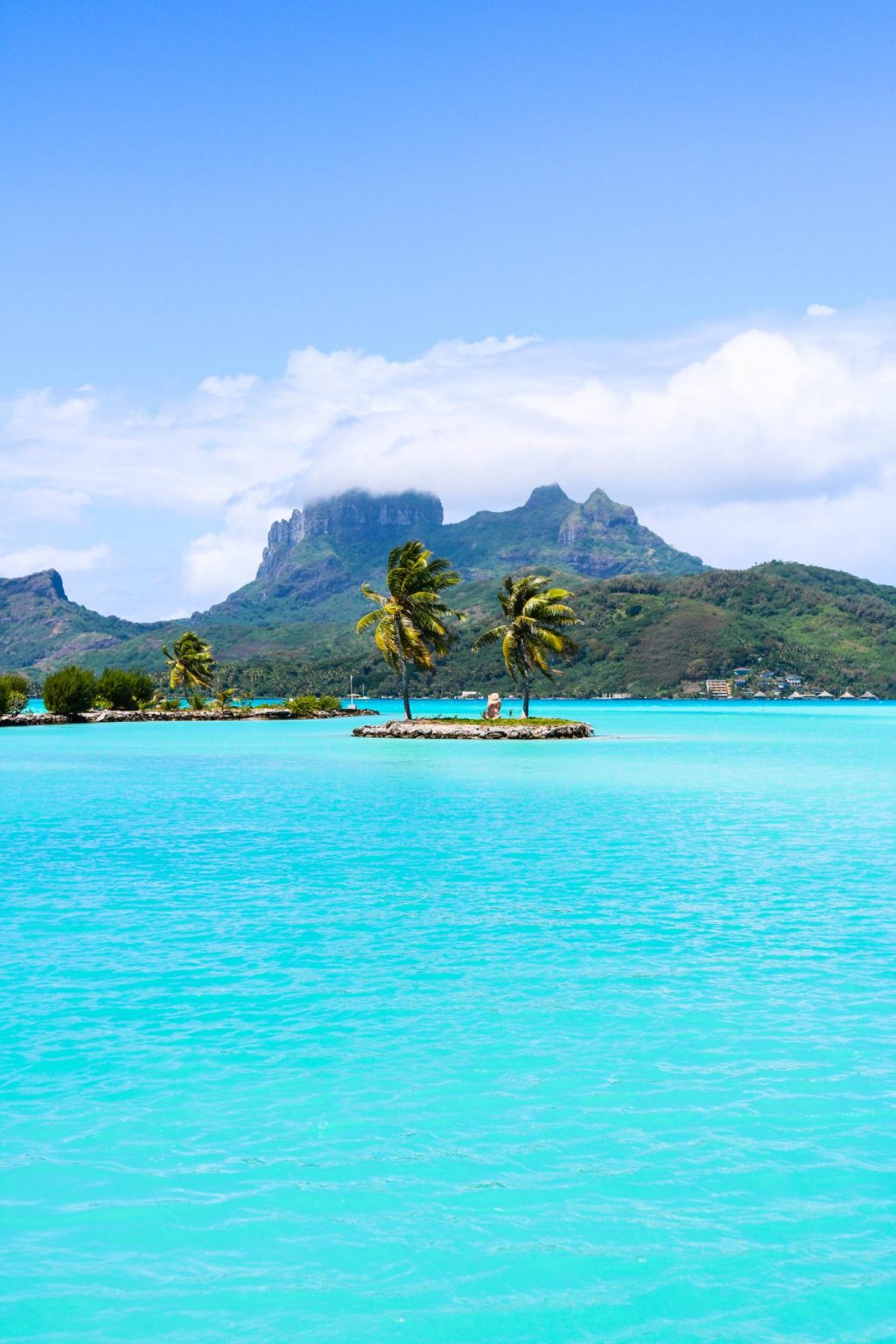 These small islets are home to numerous resorts that take advantage of the calm, turquoise blue waters of the Pacific Ocean, creating networks of over-water bungalows and piers. The island is can be very expensive to stay on for lodging, food and getting there – please purchase travel insurance in case anything comes up!

Another one of the most interesting Bora Bora facts is that one of the newest islands is completely man made! Motu Marfo is tucked in the northeast corner of the lagoon and is owned by St. Regis Resort, including more luxury bungalows perched over the water.

Another one of the most interesting Bora Bora facts is that the lagoon is home to dozens of species of marine wildlife. Tours are easy to find that take advantage of this wildlife and the habitats they live in. Snorkeling and scuba diving along the picturesque coral reefs are some of the most popular attractions, but you can also take part in more exotic and thrilling adventures as well. Swimming with schools of manta rays is another popular attraction, but the most thrilling is perhaps the shark diving excursions. While it might sound incredibly dangerous, the diving and snorkeling adventures that enable you to feed wild sharks is actually quite safe as the breeds of sharks found around Bora Bora are not incredibly aggressive.

Bora Bora was initally called ‘Pora Pora’ because the letter B was not part of the language.

The main industry of the island is tourism, but another one of the interesting Bora Bora facts is that coconuts and coconut products are another staple of the economy. You will find thousands of these trees lining the island, so much so that travelers and locals alike will advise against sitting beneath them because of how many coconuts fall every day. Another prevalent sight in Bora Bora related to these coconut trees is the high number of coconut crabs found on the island. These crabs are terrifyingly huge, one of the largest terrestrial arthropods in the world, and can grow in excess of 3 feet wide! Some have been reported to live as long as 120 years and they can cause a lot of damage due to this large size. Reports claim that these crabs can shred garbage cans, tear up gardens and even kill cats.

One of the strangest Bora Bora facts is that the metal bands you see all over the trunks of the palm trees is to keep the coconut crabs from climbing up them!

In addition to the wildlife, the population of Bora Bora is surprisingly large for how remote and small the island is! With well over 10,000 permanent residents, the average amount of people per square mile is 900, making it as densely populated as Massachusetts.

Almost 80% of the population is native Polynesians, resulting in a vast cultural influence that remains to this day.

The women love to wear flowers here and they have meaning! A flower over the right ear symbolizes that she is single and that it is ok to approach here. On the left ear it means that she is taken.

Another of the interesting Bora Bora facts is that this island was first settled by Polynesians in the 4th century! Europeans didn’t spot the island until the 1720s and didn’t land on it for another sixty years after that. The island was an independent kingdom until 1888, when France annexed it as a colony. The island remains a part of France to this day, accounting for the fact that French is the official language of the island.

In addition, Tahitian is also listed as an official language (which is similar to French), but tourists need not worry about finding it difficult to communicate on the island. Due to the huge reliance on the tourist business, you will find that most people know enough English to communicate effectively.

One of the surprising historical Bora Bora facts is that this island was a major base of operations for the United States during World War II. Because of its central location in the Pacific Ocean, this island was the perfect spot to create a base so that ships and planes could make pit stops in between the United States and Japan. To this day, a number of historic sites that recall the period of American influence during World War II can be found all over the island. In fact, the airstrip on Bora Bora was originally created during this period and used as a landing strip for American planes traveling to and from the action as well as patrolling other American interests in the Pacific Ocean, including Hawaii. After the war, this airstrip was the only international airport in French Polynesia until Faa’a International Airport opened in Papeete Tahiti. Because the airstrip was not large enough to accommodate the larger planes used for international flights,  the Tahitian airport became the sole international airport in the area. Flights from Faa’a International Airport bring passengers to the Bora Bora airport half a dozen times a day, ensuring that tourists and travelers will not be stuck waiting for their tropical beach vacation for too long!

While Bora Bora may be number one on many bucket lists, it is still a relatively exclusive destination due to its location in the South Pacific and high price tag (but worth it!) 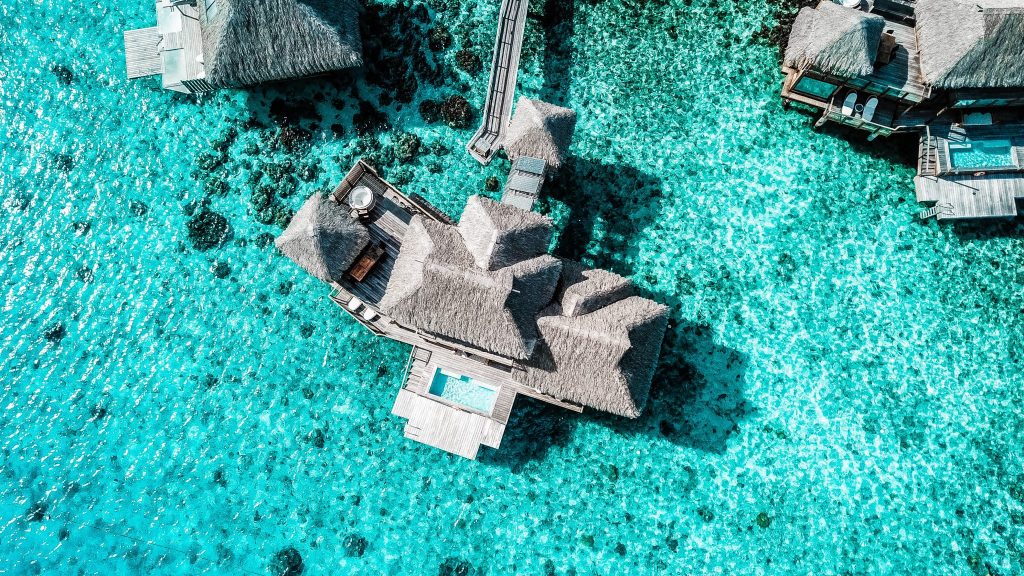 One of the other Bora Bora facts that people should keep in mind when planning their travels to this tropical destination is that Bora Bora has no public transportation whatsoever! When getting around the island, the best bet is to either rent a car or utilize one of the two-person buggies that you can rent. The resorts also provide transportation to a limited degree, but a number of them are on their own motu and you will need a boat transfer to and from the airport.

Another surprising rental option is boats! Because of how many small islets that surround the island of Bora Bora, water taxis and boat rentals are another great options for getting around to Viatape and the resorts.

Tipping is not required but always appreciated in Bora Bora!

The Bora Bora airport is the main access point to the island and located on a motu. Upon arrival, the hotel you are staying at will either have boat access or you can take the shuttle that Air Tahiti has that goes to the city of Viatape. Please note: you need to arrange boat shuttles from the airport in advance and they do cost money – quite a bit. About $150 per person round trip.

One of the Bora Bora facts that makes this location such a perfect place to visit is the year round temperatures. No matter what season it is, the temperature never fluctuates far from the range of 75 to 85 degrees Fahrenheit. One thing to keep in mind though is that the rainy season is generally from November through February with about 11 inches of rain falling in the month of January alone!

When you travel to the island of Bora Bora, the first place you will most likely encounter is Vaitape, the capital city of Bora Bora. Despite its small size, over half the population of the island lives there and its convenient location just across the lagoon from the airport makes it a perfect starting point for the adventure. From this city, you have sweeping views of Mount Otemanu.

For being one of the most exclusive beach destinations, you might find it surprising that Bora Bora only has ONE public beach: Matira Beach.

Another of the interesting Bora Bora facts is that this mountain towers over 2,300 feet above sea level, while the city of Vaitape stands a mere 20 feet above sea level. Though you can hike up a majority of this mountain, the top part of the peak is inaccessible. The volcanic rock that composes the nearly vertical cliffs at the top of the peak crumble too easily to use climbing gear and are impossible to free climb due to their lack of strength and integrity.

Bora Bora is a lush and magical vacation destination renowned the world over for its beauty, relaxation and unique qualities. With luxurious bungalows, picturesque lagoons and coral reefs, vast mountain jungles and some of the most relaxing and serene beaches found anywhere, Bora Bora is a beach goers dream come true. 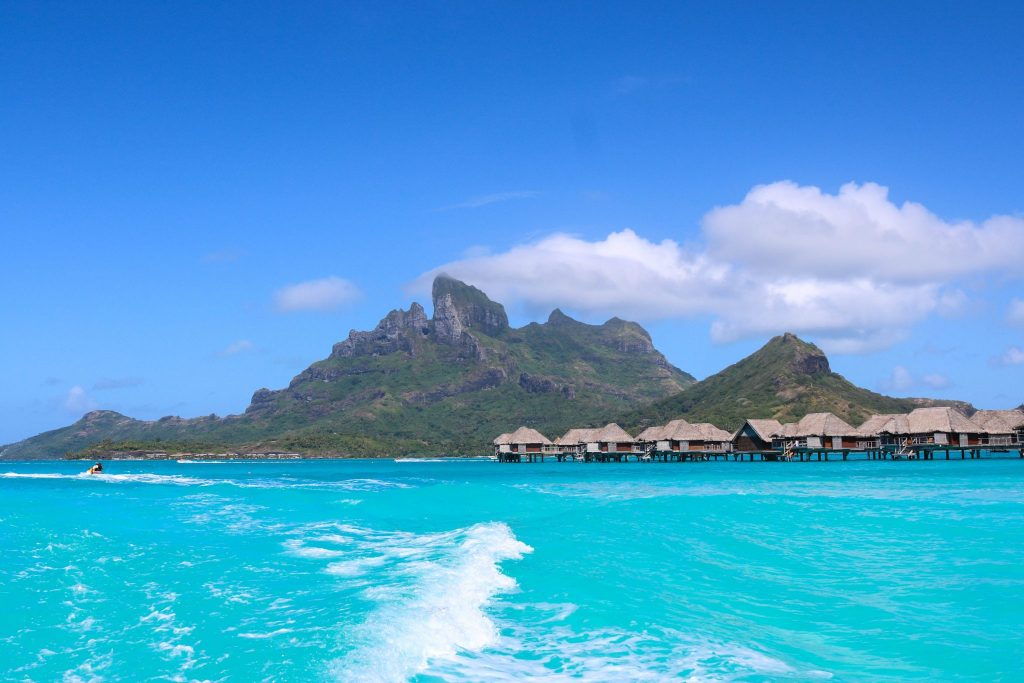 Whether you are attracted to this remote island for the peace and serenity or the natural beauty that surrounds it, reading up on the Bora Bora facts that make this place so special will help you appreciate just how unique and magical this French Polynesian island truly is! Be sure to take advantage of it all while venturing to this small but remarkable tropical paradise! 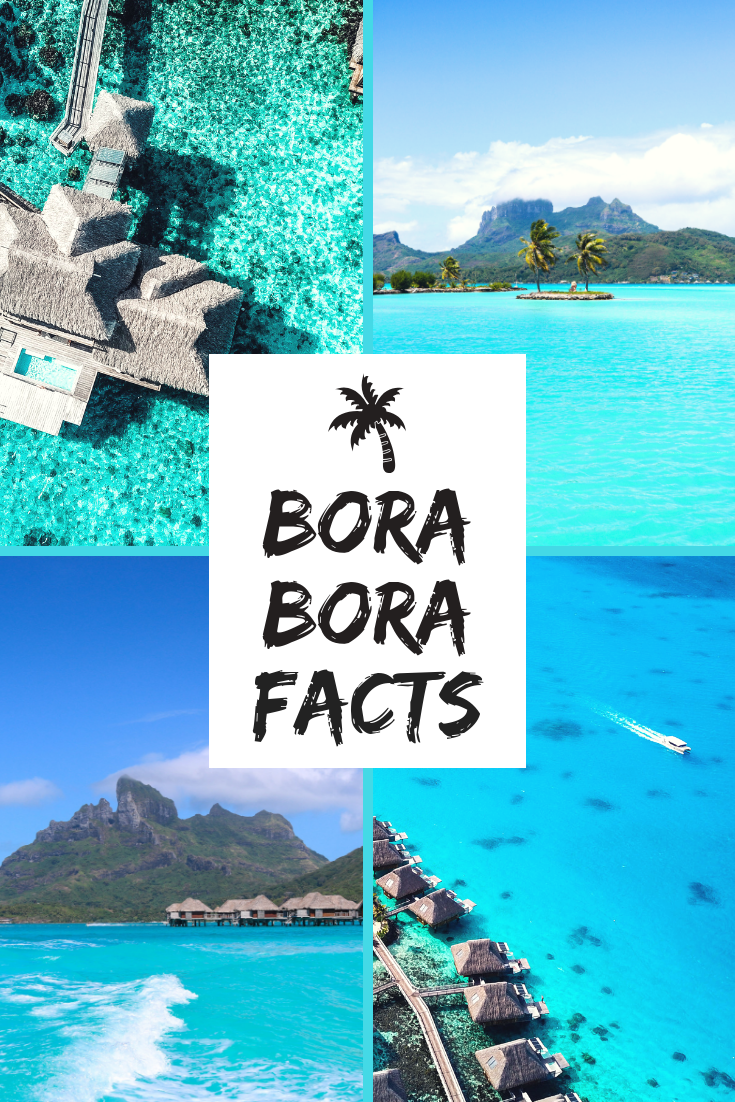