A tourist destination in South America, this vibrant and robust Colombian city has something for everyone and the pristine Cartagena beaches are one of the biggest draws from visitors from around the world. Many people come for the old world charm of the colonial Spanish architecture that fills the city as well as the bustling nightlife that fills this metropolis with activity once the sun has set over the turquoise waters of the Caribbean. Whether you are seeking the buzz of activity that surrounds the popular city beaches or the luxurious offerings of the upper class beach resorts farther afield, Cartagena beaches come in all shapes and sizes and offer a paradise getaway to visitors throughout the year. Clocking over 2,500 hours of sunshine a year, it’s no wonder that the beaches of this Colombian city are a must see for visitors near and far. 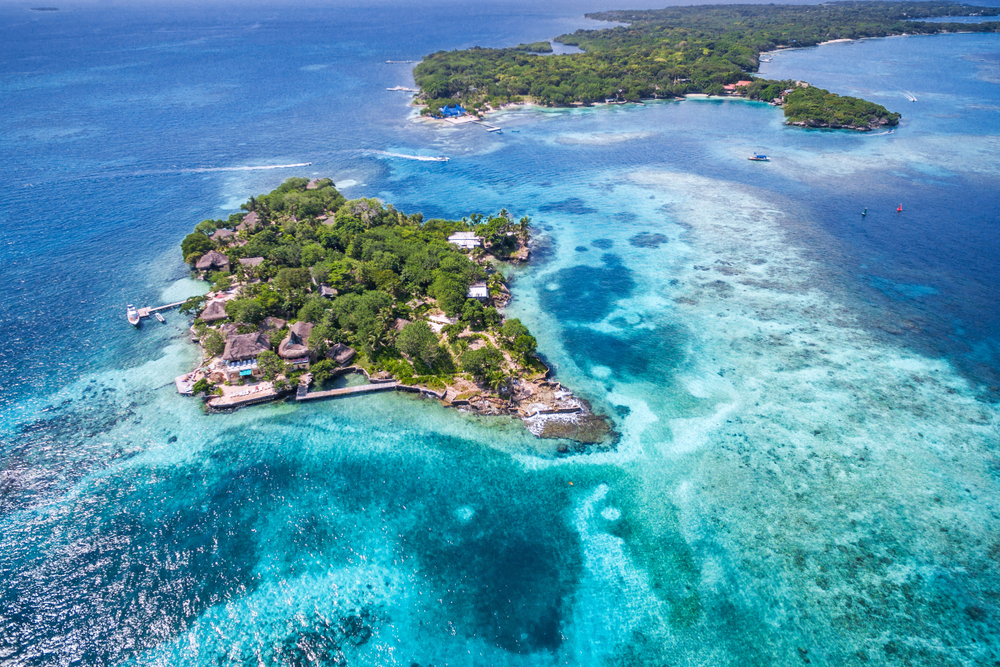 Located just minutes from the old world feel of the main city is one of the largest and most popular of Cartagena beaches, Bocagrande. This neighborhood is popular with the more glamorous crew of tourists visiting this Carribean paradise. Set near the popular neighborhood by the same name, this beach boasts white sand and warm turquoise waters against the backdrop of upscale hotels and boutique restaurants. It is advisable to arrive early to avoid the hordes of tourists and the hawkers trying to sell to them, but even during the peak seasons and times, it’s still possible to find a quieter shady spot near the rear of the beach.

Neighboring Bocagrande beach is another of the more popular of Cartagena beaches. Castillogrande is often considered the more elite of the beaches in the Bocagrande neighborhood, with sweeping expanses of white sand beaches and a far calmer surf nestled in the Bay of Cartagena. The elite nature of this beach has made it an oasis for the wealthier visitors to Cartagena, resulting in up-scale beach resorts, fine dining restaurants and a laid back, relaxed elegance missing from the busier Bocagrande beach nearby. Another perk brought by the relaxed atmosphere of this large beach is that it is perfect as a family friendly destination. Avoid the chaos and crowds at Bocagrande  and get an up close and personal experience with the Caribbean vibe of Cartagena beaches at Castillogrande.

For those seeking an even more remote and exclusive feeling, a short trip to the large island of Tierra Bomba will feel miles removed from the busy tourist hotspots on the mainland. Punta Arena on the eastern portion of the island is home to white sandy stretches that are considered one of the best kept secrets when it comes to Cartagena beaches. While the area is seeing a surge of development, the beach at Punta Arena is still just far enough that it maintains a relaxed vibe while still promising many of the amenities desired for a Caribbean beach vacation. You can still find excitement at many of the new beach clubs and resorts, from poolside bars and DJs to exclusive night clubs and fine dining restaurants that provide a fusion of Colombian flavors with more modern flair.

Located approximately 100 kilometres from Cartagena, the Rosario Islands are home to one of 46 Natural National Parks in Colombia. Made up of many different islands, this archipelago offers a variety of activities such as swimming, snorkeling, and fishing, though one of the most popular is touring the national park area. The park, which spans a massive 120,000 square kilometers, was declared a Natural National Park in order to preserve the coral reefs and ecosystems that inhabit the islands. Although it is difficult to say which of these Cartagena beaches are the best, Isla Grande is easily accessible, and Isla Rosario has both an aquarium and open-sea ocearium! An expansive paradise with many appealing sites to see, the Rosario Islands are definitely worth the visit.

Filled with up and coming beach clubs and resorts, La Boquilla is one of the Cartagena beaches that is seeing an influx of renewed traffic. Just a hop, skip and a jump outside Cartagena’s Old Town district, this beach has been a popular hideaway for locals for many years. Now that it has been discovered by tourists as a top destination, it has become more popular in recent years despite not being considered one of the classically picturesque beach locations. One of the most popular activities in La Boquilla is a boat tour of the nearby mangrove forests, a stunning and unique display of the natural splendor of this region of Colombia.

Though this beach is outside the city itself, Playa Blanca on the peninsula of Barú island is one of the most popular of Cartagena beaches for its powdery white sand and stunning vistas. Party boats and water sports are the name of the game on this Caribbean oasis, often drawing large and vibrant crowds of revelers during the peak tourist season. This beach is the largest of the beaches found on Barú island, often resulting in a busy atmosphere filled with excitement and partying, unlike the smaller often unnamed beaches of this area.

Manzanillo del Mar is home to some of the most tranquil and relaxing Cartagena Beaches, primary due to the lack of tourists that frequent this destination. A short drive from Cartagena, the beaches of Manzanillo del Mar are famous for their wide swathes of sand and ocean for as far as the eye can see. Playa de Oro, the most famous of these beaches, is outfitted with hammocks, shelters, and other amenities designed to make your experience on this beach as peaceful as possible. Bring the family along to enjoy the local traditional food this area has to offer, or take advantage of the solidarity to reflect and truly savor the relaxed atmosphere.

Just under an hour from Cartagena, and located within the Rosario Islands National Park, is the small island of Isla de Pirata. Boasting one of the most stunning and tranquil landscapes in the Rosario Islands archipelago, this island is home to the beautiful Isla de Pirata Hotel. This beach-front hotel offers suites with thatched roofs and vibrant decor which give guests a true sense of tropical paradise. You can sign up for a variety of activities right at the front desk, such as snorkeling and diving, both of which take advantage of the calm waters and bustling marine life this beach has to offer. Or relax at the beach to take in the beauty of the blue-green ocean and powdery white sand. Although small in size, this island has quite a bit to offer to its guests making it one of the most top-rated Cartagena Beaches, especially for couples who are looking to have a romantic get-away on a budget.

Beaches of Barù in Cartagena 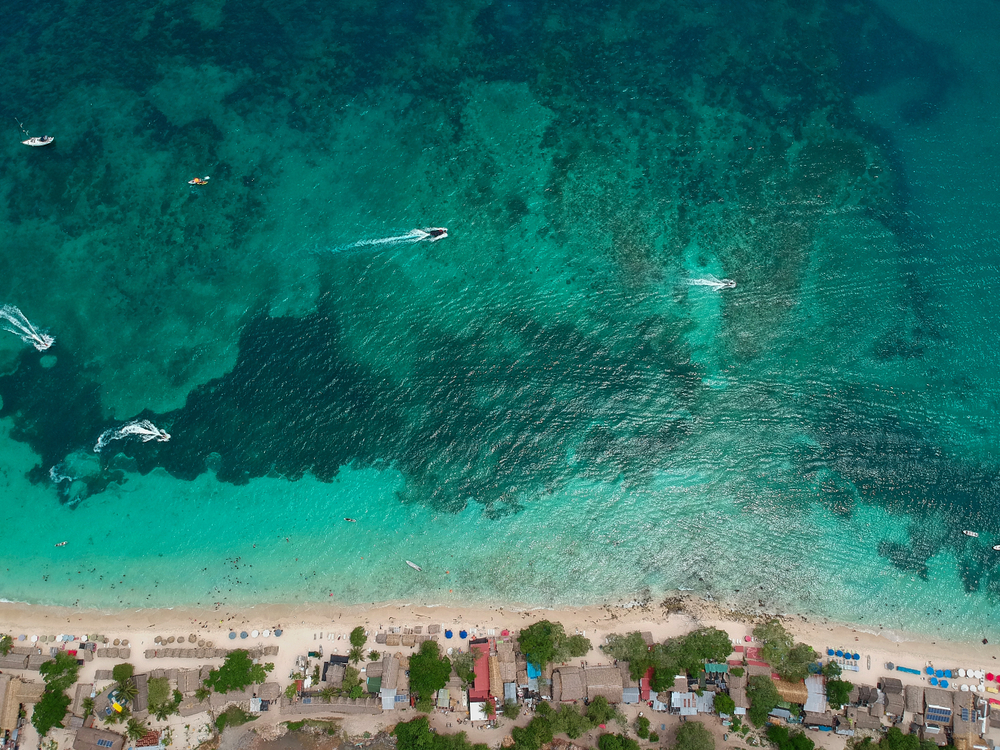 For a more intimate and elusive experience, Barú island is home to many smaller beaches often overlooked by tourists and even locals for their tiny size and hidden nature. For this reason, these beaches are small, intimate and if you’re lucky enough, completely empty, resulting in the illusion of a private beach getaway. Though it might be farther than some of the more metropolitan areas and their respective beaches, the Cartagena beaches found on Barú island offer some of the most precious locales for a Caribbean vacation. While a number of the beaches in Barú are small and intimate, two of the larger beaches can draw quite a crowd; Playa Blanca and Cholon.

Although more an island than a beach, one cannot talk about Cartagena beaches without mentioning the party destination of Cholon. Located on the island of Barú, just a few kilometres from Cartagena, this island paradise, though technically a peninsula, is the place to be to enjoy a true Colombian style celebration full of traditional music, dancing, and beach food! Every weekend, the white beaches are sprawling with eager party-goers and food shacks ready to deliver delicious food and cold drinks to the masses. If you are looking for a socially energized atmosphere, you will not want to miss a visit to Cholon.

Cartagena beaches along the coast of Colombia are some of the best locations for experiencing the fun and excitement of a Caribbean beach getaway. From mangrove lined private islands to bustling party-filled beach hot spots against the backdrop of Spanish colonial architecture, the pristine beaches of Cartagena are an oasis amid the hustle and bustle of this metropolis, and a perfect fusion between the vibrant life of Colombia and the relaxing paradise of a Caribbean beach. Whether you are seeking one end of the spectrum or the other, you will be sure to find exactly what you’re looking for here. If Colombia is on your bucket list, be sure to make plans to visit the Cartagena beaches while you’re there. The experience will be one you will treasure for years. 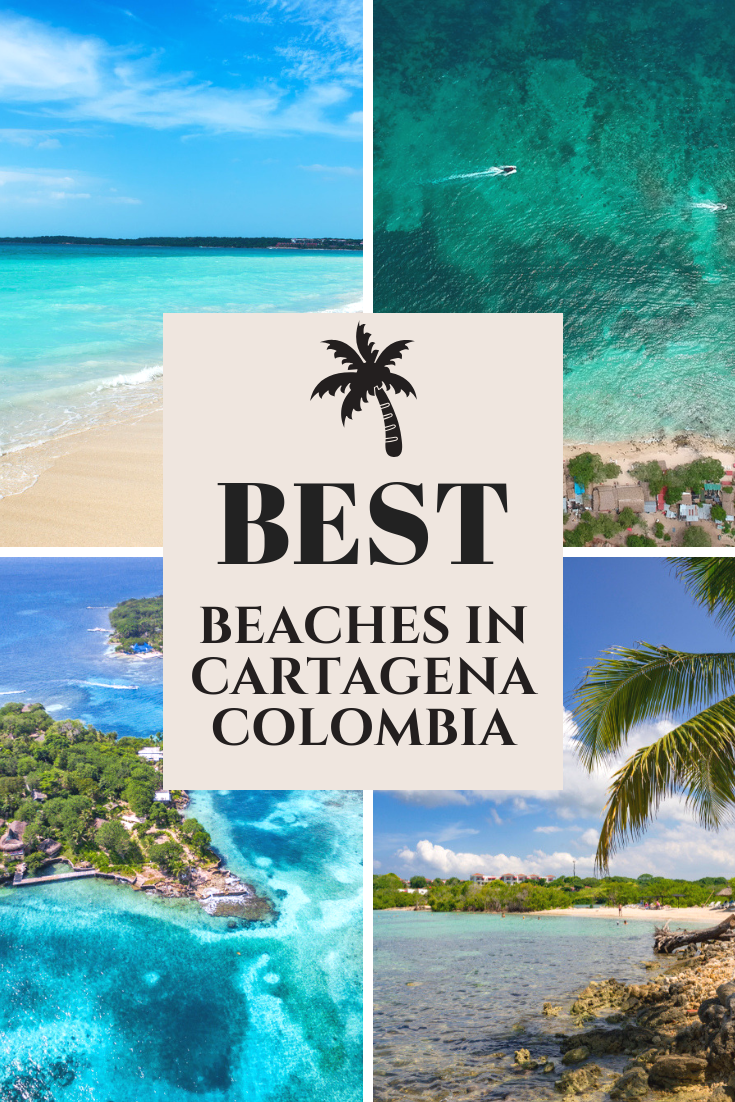