Sicily, the largest of the islands in Italy, is a year-round attraction for tourists from around the world looking to enjoy its Mediterranean splendor, mild climate and wealth of amazing things to do.

Filled with history, culture, natural beauty and beaches galore, the best places in Sicily are numerous and varied, making it a perfect place to vacation no matter when or with who you are traveling.

Home to the largest active volcano in all of Europe as well as some of the most amazing Greek ruins found on the continent and delicious Sicilian Cuisine, Sicily is a unique and spectacular place to explore when in the Mediterranean. When planning your own Sicilian adventure, this article listing the ten best places in Sicily will be a useful guide to make the most of your vacation. 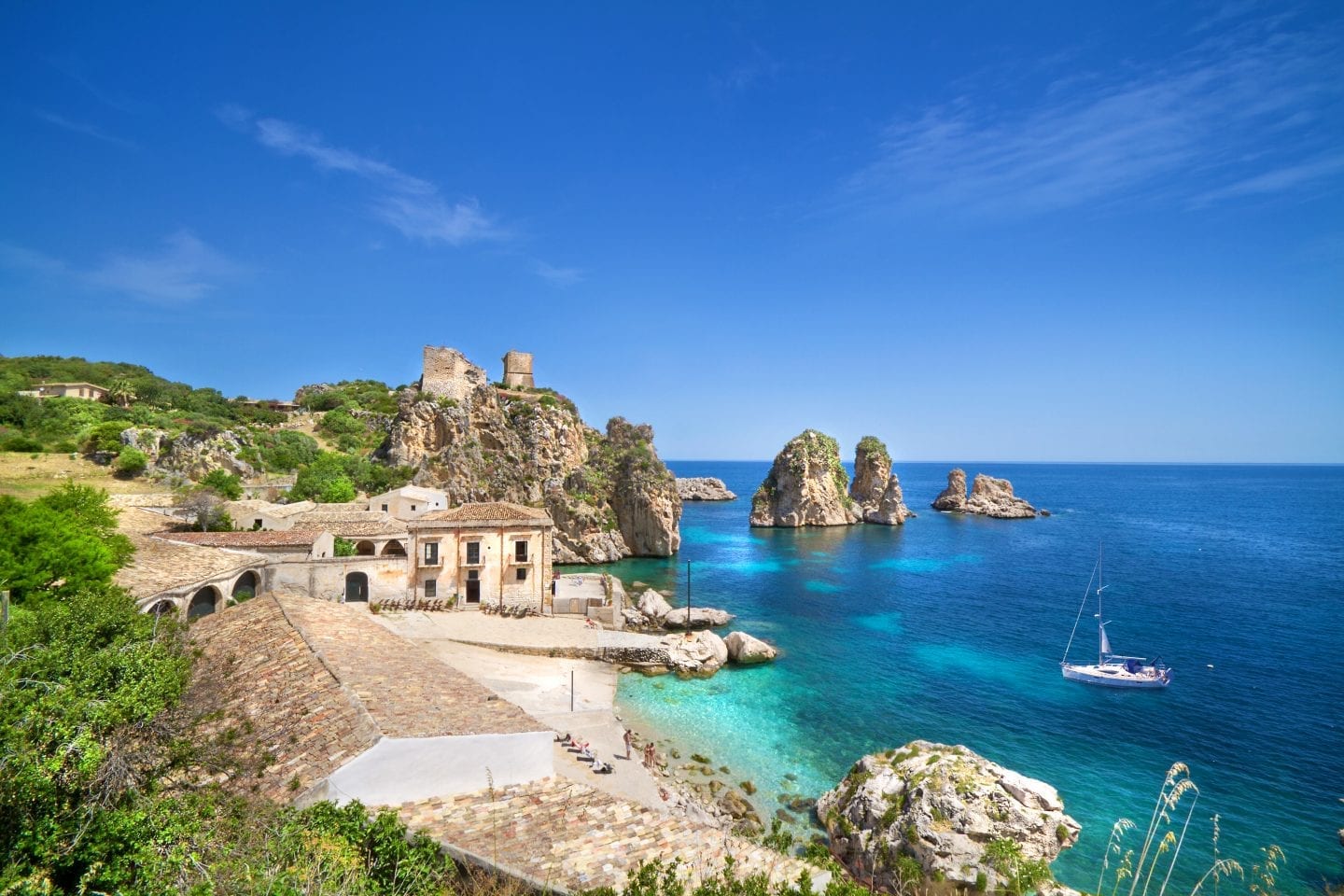 Best Places in Sicily not to Miss on your Trip

The Val di Noto region is also a UNESCO World Heritage Site and another of the best places in Sicily for tourists to see while visiting this remarkable Italian island. Comprised of eight small but incredibly historic villages, each one filled with Renaissance and Baroque homes, churches and palaces arranged around old city centers and connected by narrow winding streets and alleys.

Catania is one of the cities that make up this region and the most popular attraction. Tucked in at the foot of Mount Etna since the 720s BC, this city is filled with history and heritage dating back centuries.

An earthquake in the late 17th century completely decimated the original Grecian settlement, which was rebuilt in the Baroque style. Some structures prior to that still survive, including a theater and amphitheater, making this one of the best places in Sicily to experience the rich cultural heritage of the island as well as the quaint village life of the Val di Noto region. 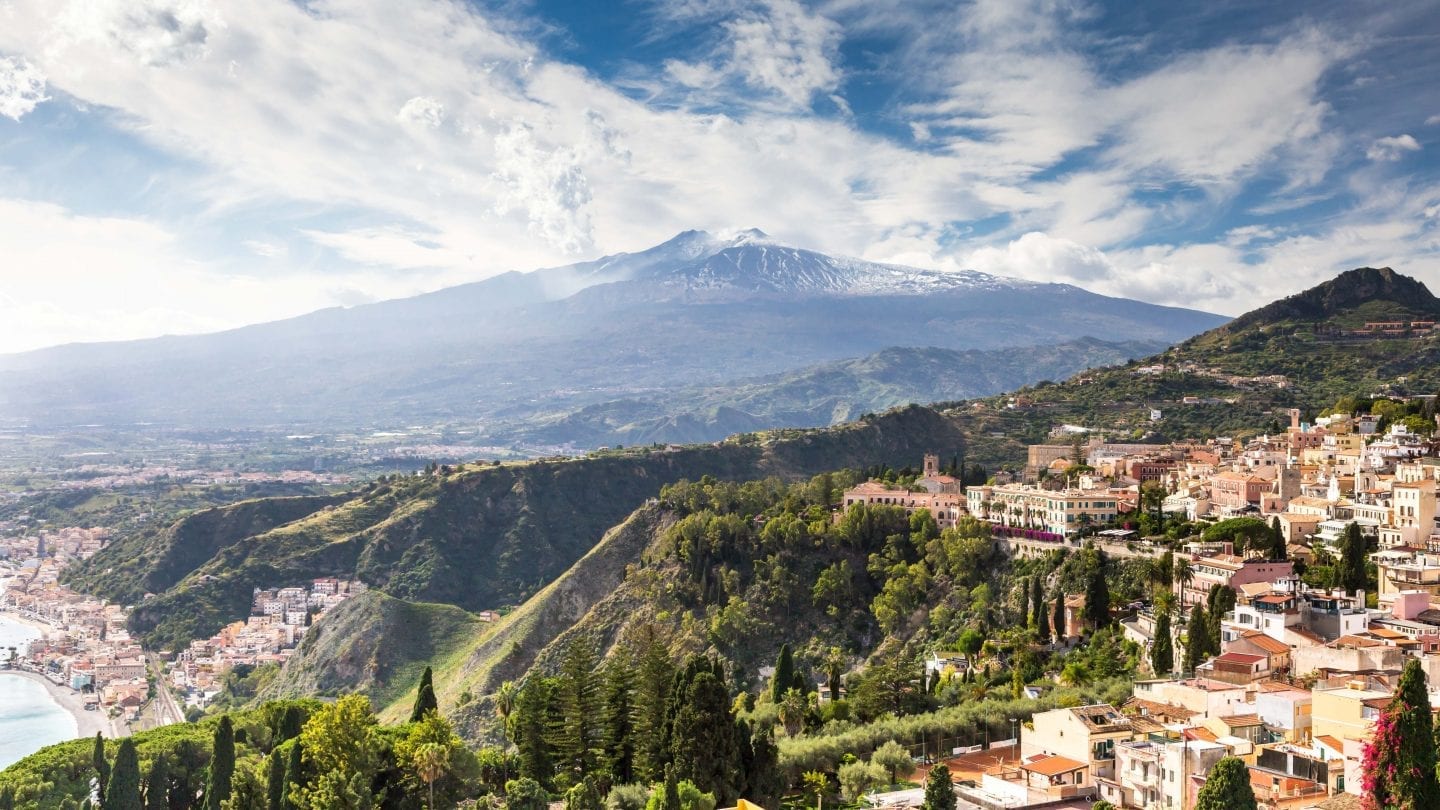 By far one of the most famous landmarks in Italy and in Sicily is the famed Mount Etna. As one of the world’s most active volcanoes and by far the most active one in Europe, the actual height of the peak changes every time it erupts.

Despite this, it remains the highest mountain on the island of Sicily and attracts thousands of visitors yearly. Even though it is a highly active volcano, recreational activities such as skiing in the winter and hiking in the summer remain popular past times for visitors to the area.

Furthermore the area is of historic import, earning Mount Etna a seat on the UNESCO World Heritage list as well as a spot on the list of the best places in Sicily.

Palermo is the capital city of Sicily and filled with art, culture, architecture and natural beauty. Located on the coastline, Palermo is home to Mondello beach, the pale, soft sand looking out over crystal clear waters a perfect spot for relaxing and taking in the views of the Mediterranean.

It has numerous galleries and museums as well as historic sites, but the most popular attraction is the many open air markets that run year round due to the mild climate of the island. Growing in popularity is the Mount Pelegrino hike, which offers sweeping views of the city!

To get a true sense of everything this island has to offer, its capital is one of the best places in Sicily to start your island adventure.

Agrigento, the Valley of the Temples

Located on a ridgeline overlooking the sea, Agrigento is a historic wonder filled with seven ancient temples from as far back as the 6th century BC. These temples are some of the most well preserved of the Greek temples in existence and the fact that there are so many of them in one spot makes this one of the best places in Sicily to get up close and personal with Greek architecture.

The area surrounding the Valley of the Temples also attracts visitors for its natural beauty; with crystal clear water, tiny remote islands and soft, sandy beaches overlooking panoramic views of the Mediterranean Sea, this area is a marvelous attraction drawing visitors year-round. 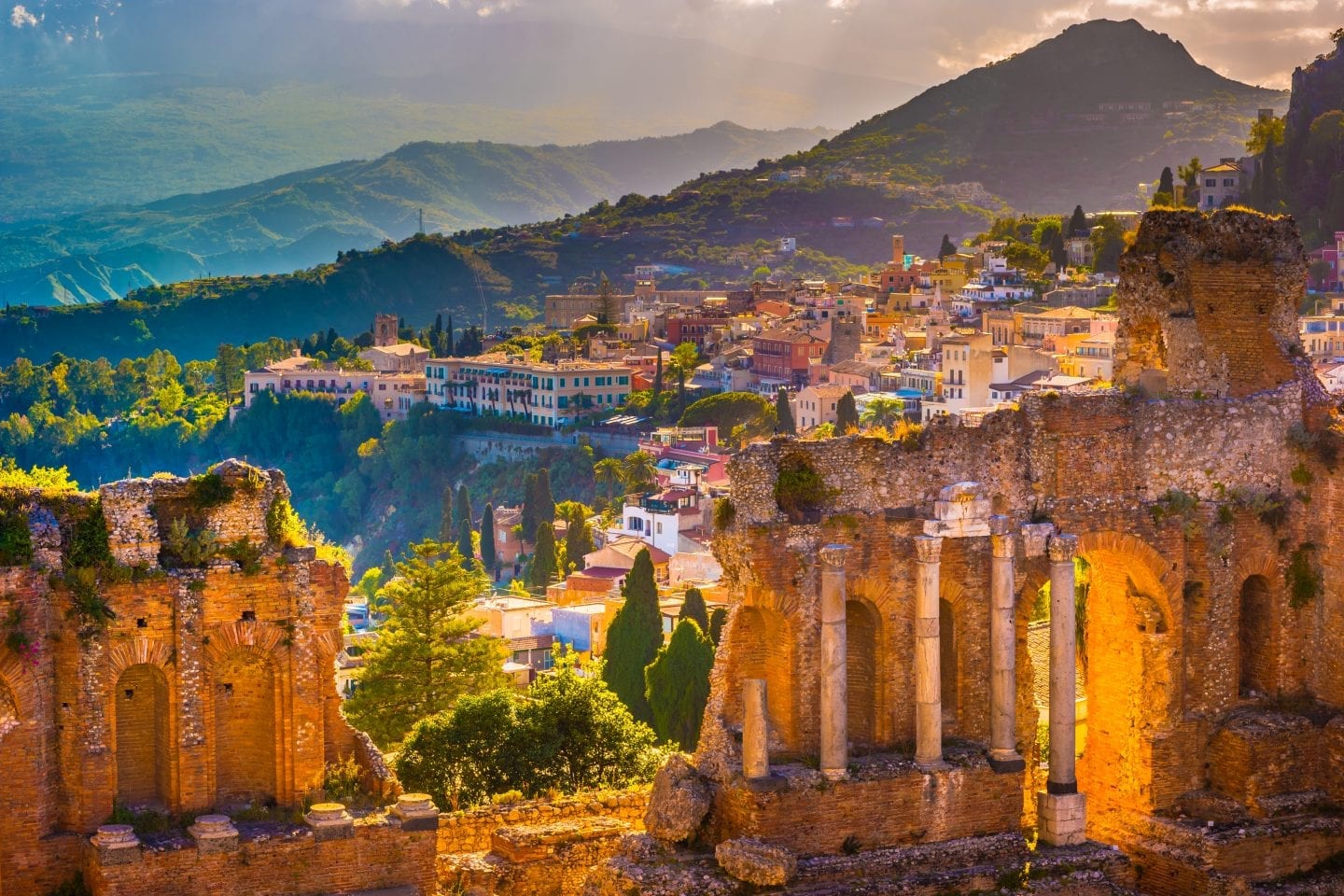 On the eastern coast of Sicily is the small but incredibly popular town of Taormina. Attracted large numbers of tourists yearly, this area boasts remarkable historic architecture spanning from the Greek and Roman era through the Baroque period.

In addition to this, the area boasts numerous luxury hotels and resorts that capitalize on the unique terraced landscape that overlooks the sea. Along the shore, picturesque beaches are plenty, most notably Isola Bella, Giardini Naxos and Mazzarò, making the city of Taormina one of the best places in Sicily to visit for not only a glimpse at the historic past of the island but also the modern luxury and amenity of a Mediterranean tourist hotspot.

A number of small volcanic islands off the northern coast of Sicily make up the area collectively known as the Aeolian Islands. Protected as a UNESCO World Heritage Site, this archipelago features beaches, hiking trails through beautiful Mediterranean landscapes, opportunities to explore active volcanoes and small beaches.

In an effort to reduce light pollution and increase the natural wonders of the islands, the was a decision to remove all road lighting, making it one of the best places in Sicily to stargaze amid the sweeping panorama of the volcanic islands amid the waters of the Mediterranean. 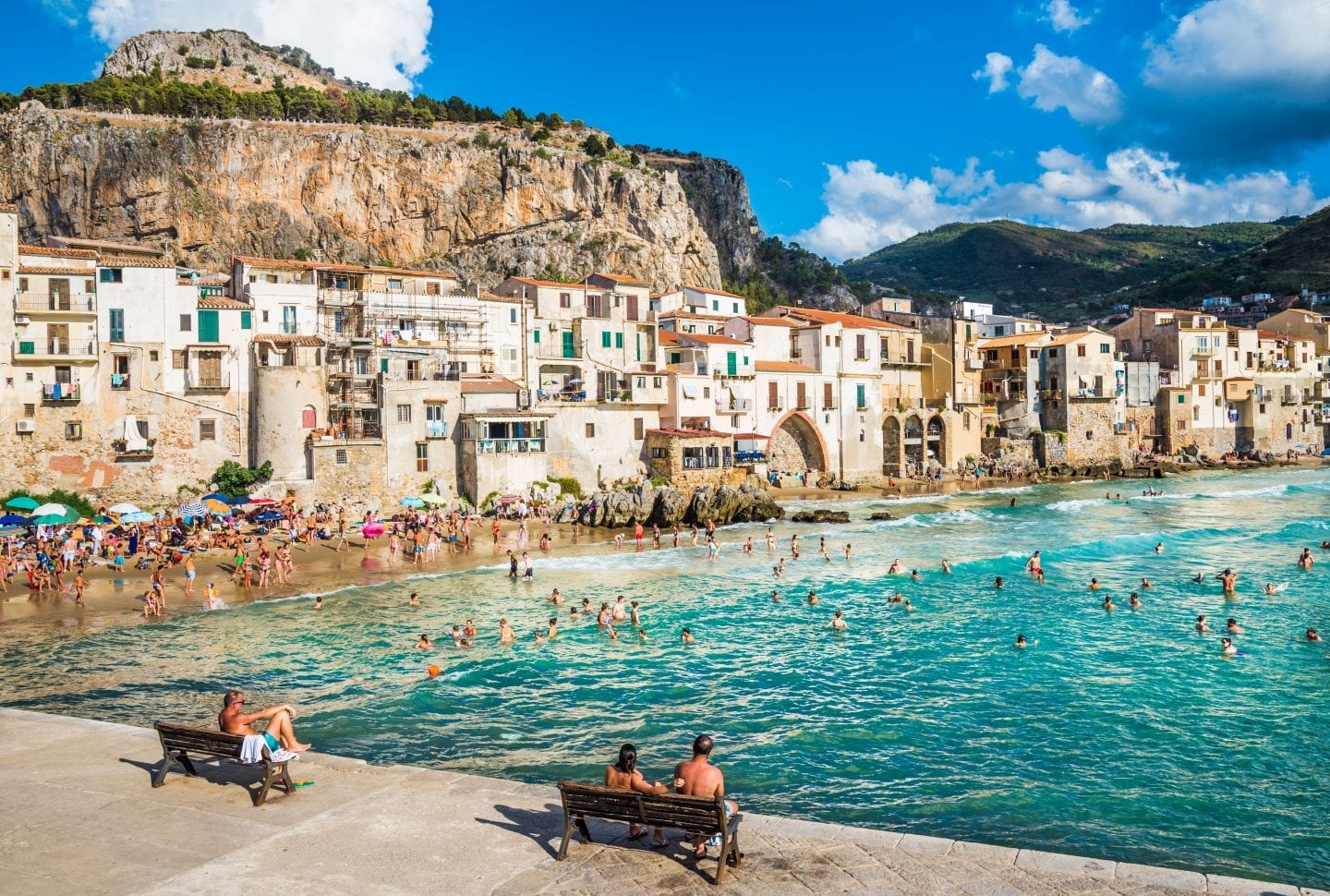 The city of Cefalù as well as the beach by the same name are one of the best places in Sicily to embrace the Mediterranean lifestyle of sun and sand. The town is small and filled with winding Medieval streets, boutique shops and small cafes, leading down to the water’s edge filled with gold-sand beaches and some of the most perfect vistas for watching the sun set.

Life moves at a slower pace here, making it a perfect destination for relaxing and refreshing on this Italian island. Enjoy the remarkable cuisine and fresh seafood at one of the many small eateries located here before heading to the beach to watch the sunset over the crystal clear waters of the Mediterranean.

Often referred to as the Sicilian Caribbean, the San Vito lo Capo beach is situated on a protected bay surrounded by impressive mountains. Rock climbing is an extremely popular past time around this area, which is a protected nature reserve that contains numerous different environments and a vast amount of flora and fauna characteristic of this Mediterranean island.

One of the best places in Sicily for outdoor adventures and a nature lovers respite, San Vito Lo Capo is a pristine white sand beach with crystal clear water and acres of protected land surrounding it, giving one the sense of stepping into a piece of paradise.

Located in the southwest portion of Sicily’s coastline, Selinunte is an ancient Greek city filled with ruins. This sprawling site is one of the largest archaeological sites in all of Europe, despite many of the buildings being damaged by earthquakes as far back as the Medieval period. Wander the ancient Greek streets and explore the ruins of the ancient structures that were home to some of the earliest settlers of the island of Sicily. The structures themselves are a striking white color, standing in stark contrast to the blue sky and sweeping water of the sea nearby. Surrounded by natural beauty and filled to the brim with ancient wonders, this site is one of the best places in Sicily to step back in time and explore the vast history of this remarkable island.

An archipelago consisting of many small islands and islets, the Egadi Islands are a hot spot for travelers visiting Sicily. Since they are small in size and home to as little as 200 year round residents in some cases, the pace of life is slower and more simple here, making it one of the best places in Sicily to escape the crowds and get in touch with local life in the Mediterranean. Classic Mediterranean architecture is found everywhere, from the small white houses with blue accents to the winding alleys and roads dotted with small shops and residences. With small secluded beaches and crystal clear water on every side, these small islands are truly a gem among the many islands of the Mediterranean Sea, allowing visitors to the island of Sicily a chance to surround themselves with the quintessential aspects of island life in Italy. 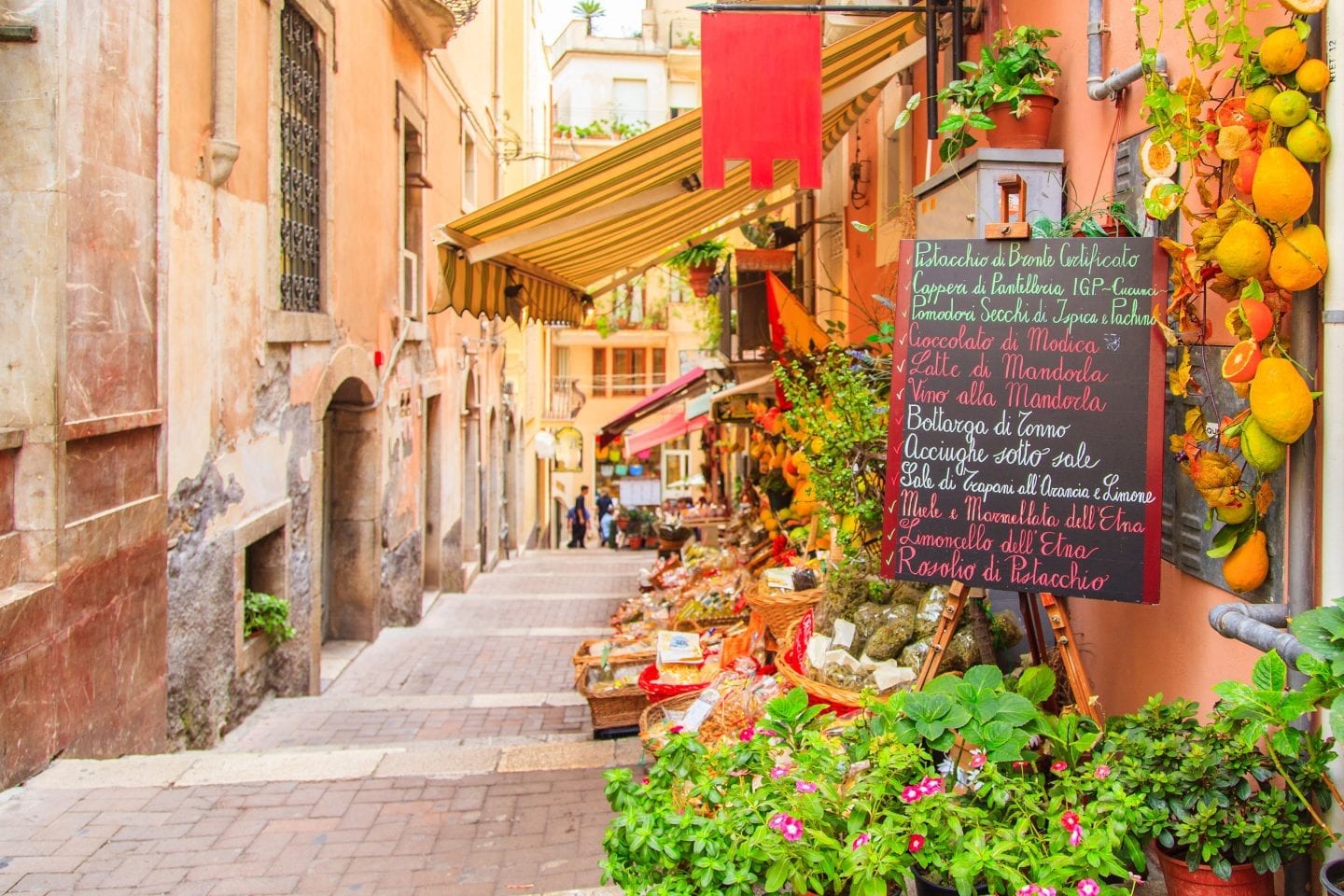 Sicily is a truly unique Italian experience and vastly different from anything you would find on the mainland. Greek architecture stands alongside Baroque restorations, narrow streets lead to pristine beaches and natural wonders unlike anything else in Europe can be found around every twist and turn, making this a must-see location during your travels to Italy or the Mediterranean Sea. Many of the best places in Sicily are unique to the island and provide days of inspiration for your exploration of this island off the coast of mainland Italy. From the UNESCO World Heritage Sites to the luxury of seaside resorts and amenities, Sicily is a destination that promises something for everyone. Be sure to add this island paradise to your bucket list or itinerary so you won’t miss out on everything there is to do here! 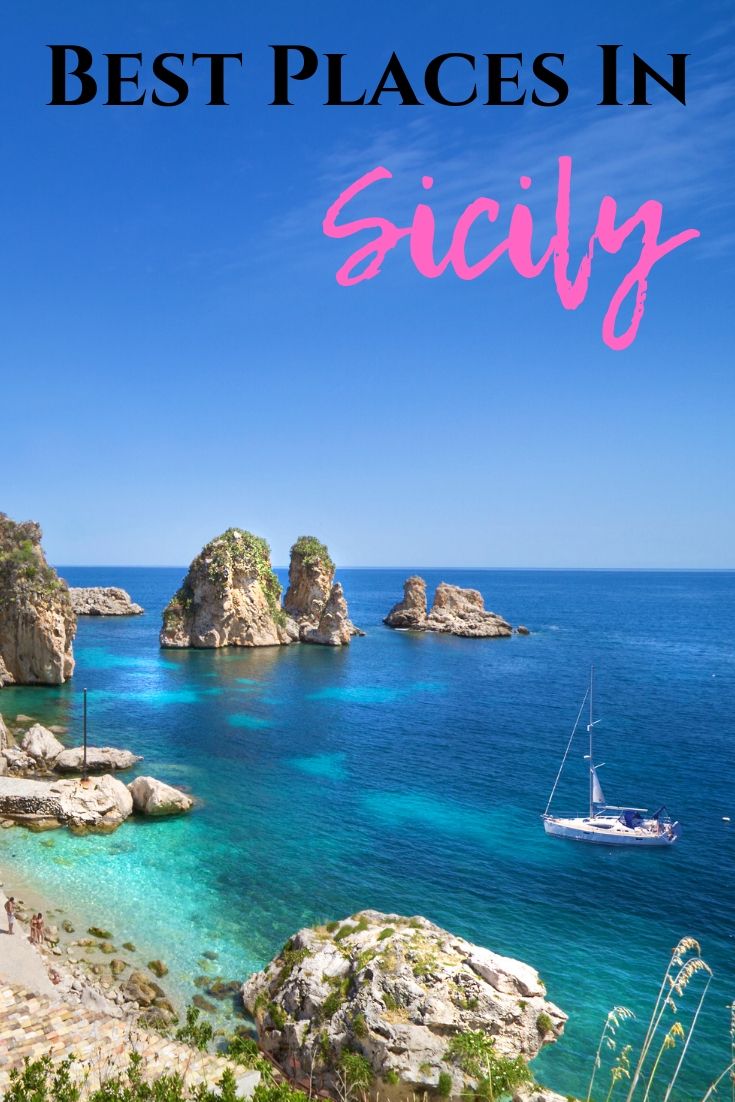 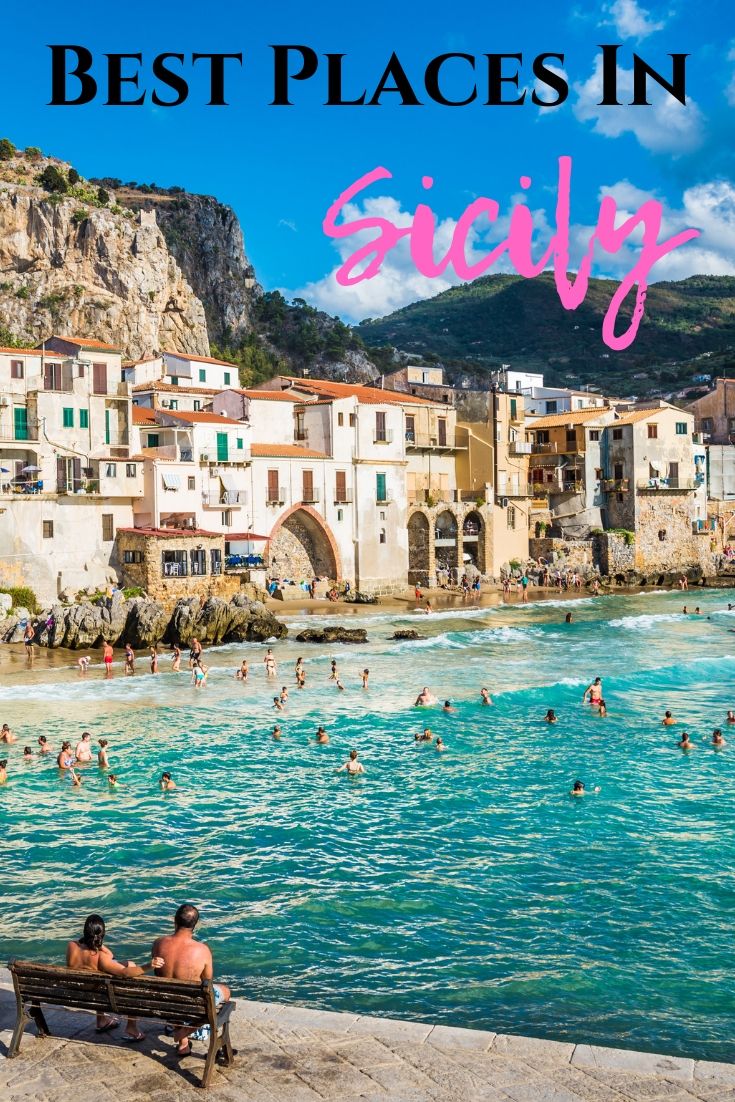 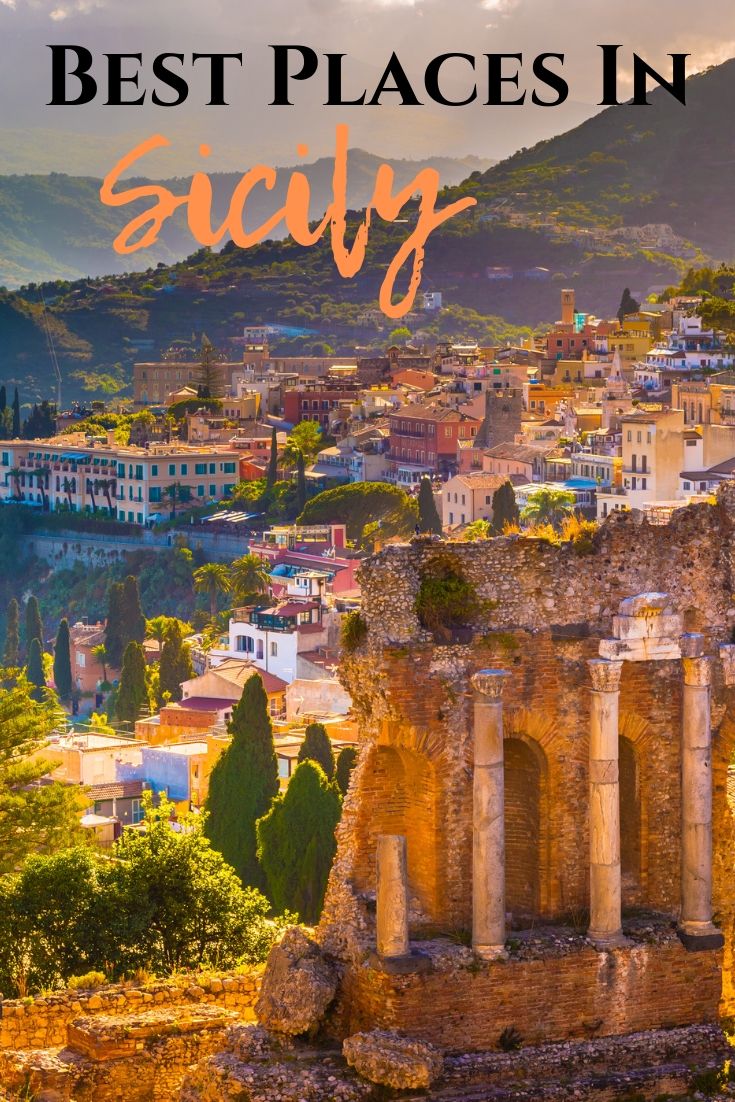 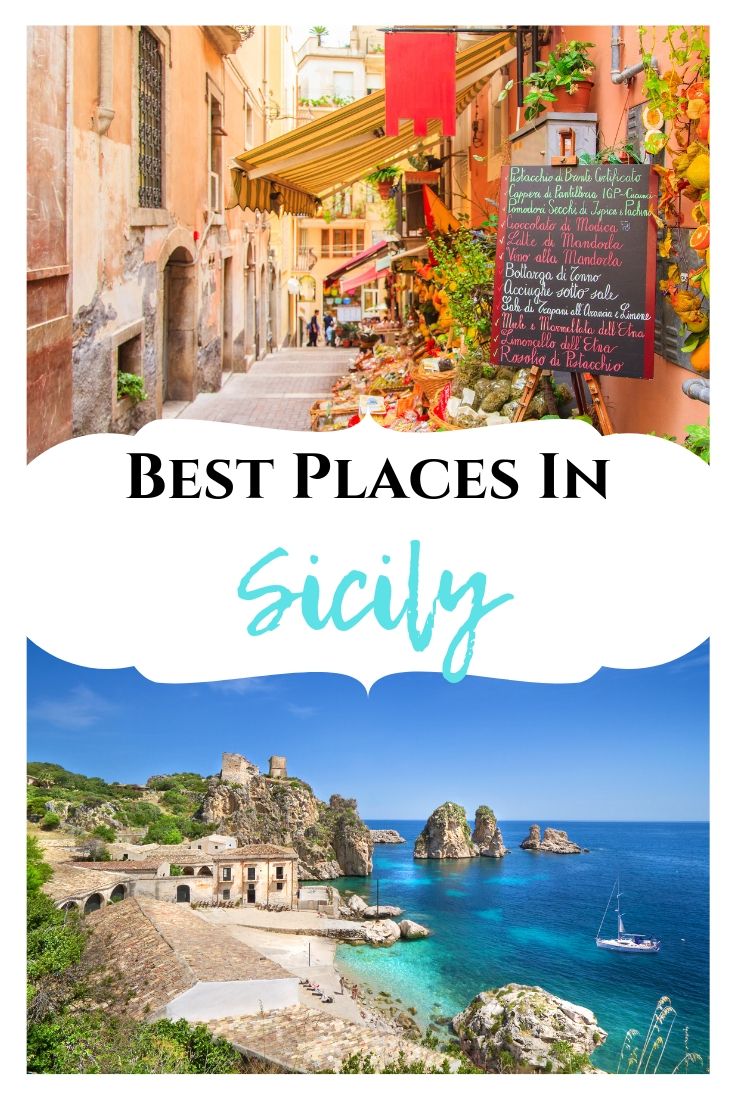