I DID IT! I finished my quest on visiting all 50 states in America. I have to be honest, it is so exciting to tell you guys and my friends and family that I completed this conquest. Five years ago I went to Hawaii (which was my 49th state) and since then, I have been trying to go to Alaska but something always got in the way. Visiting all 50 states is no easy task. It takes a lot of time and planning, but it most certainly can be done.

Before you guys ask, no, my current career as a travel writer/photographer/influencer did not gift me with seeing all these states. In fact, 49 of them I did on my own. I only recently partnered with Norwegian Cruise Line to see Alaska. Granted, in the last few years I have been all over the United States working on campaigns, some in cities I have been to and others, brand new to me. Before I give up all my tips and secrets below on how I conquered this, I want you to know that anyone can do this. It took me 35 years to complete it.

If you want to visit all the states, I encourage you to keep going out and seeing America. You won’t regret having seen the sunset in every state in this beautiful country. 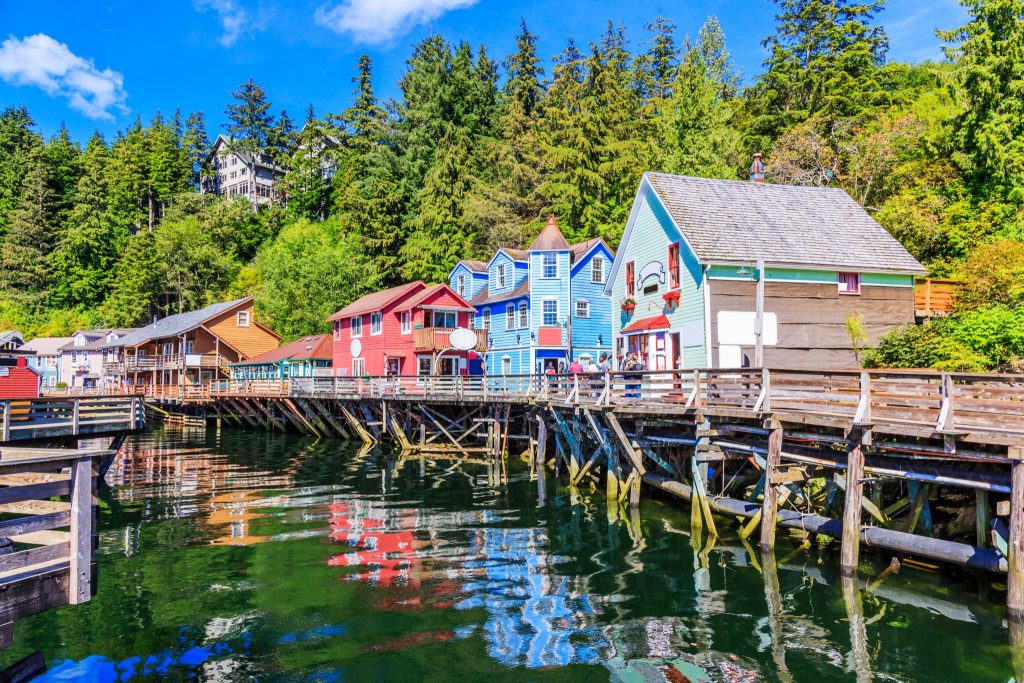 Ketchikan, Alaska – The first city in my last state!

Visiting all 50 States: My Backstory

You probably would not have guessed that I grew up in Detroit and come from a single parent household. We were not rich by any stretch of the imagination. Lower middle class is probably where we sat, maybe lower. I knew from a young age that I would have to excel in school, go to college and pave my own way. I did not have a trust fund or anyone to pay for me. It was just me.

I always wanted to see more as a kid and teenager. Things started small like exploring my own state of Michigan or going to Ohio for the day to go to Cedar Point Theme Park. Ohio was my second state to add to my collection. My mom could not afford to take my brother and I on any fancy trip or even to Disney (but we ended up taking her to Disney about six years ago).

As I got older, my interest in traveling expanded far and wide. I wanted to go everywhere. The only thing holding me back was money. When I turned 18 I found that seasonal jobs were popular all over America and I started working in my home state on Mackinac Island. These seasonal jobs eventually led me to Colorado and South Dakota. There are so many cities in the United States that are seasonal and offer employment opportunities to those who want to work and play there for a period of time (usually 4-7 months). this is a fantastic way to meet new people, really live somewhere that is new to you and to save money for your next adventure.

A lot of the people I met on the seasonal job circuit had very exciting schedules. There was one guy I met my second season on Mackinac Island who I thought was just fascinating. He worked on Mackinac Island from the end of April-October as a server in a restaurant I worked at and then he had a couple part time jobs around the island like working for a Mackinac Island bike rental and doing a third shift on taxi. I remember joking with him that he could rent his room out on nights he was doing taxi service and make even more money. When the Mackinac season was over, he would take 6-10 weeks off and travel anywhere his heart desired. He had saved so much money over the summer that he could live like a king on his time off before going to Colorado to work at the ski resorts for the winter. Then he would repeat the process again. You see he had that travel mindset. He knew visiting all 50 states and the world would be easy to him because he would travel 12-20 weeks a year! I recognize this is not everyone’s reality, but if you want to live like this guy did, its absolutely possible. 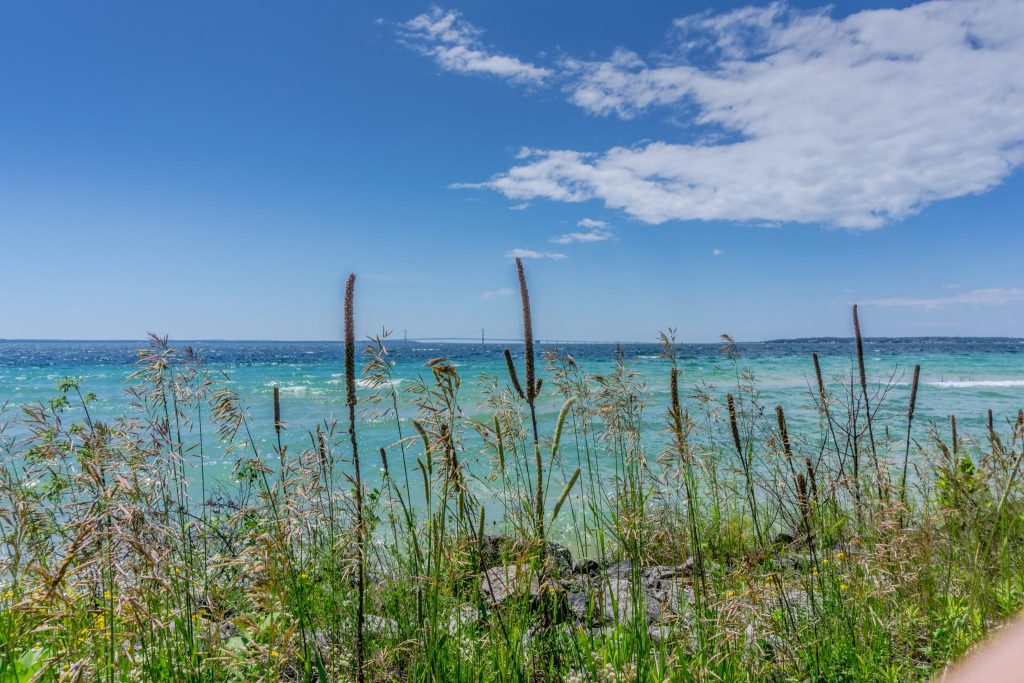 Seasonal jobs is not where I was able to complete 48 of the states. In fact, these seasonal jobs only took me to Michigan, Colorado and South Dakota. It wasn’t until I was 21 that my best friend and I randomly decided to move to Florida that things picked up. We stayed with a friend in Tennessee on the way down and did some exploring along the way. We lived there for awhile, returned home, and then came back, for what we thought would be along stretch – and that lasted like three days. We found an ad in the paper in Cocoa Beach that read “Get Paid To Travel, Fun in the SUN!” If that ad wasn’t written for me, I don’t know who it was for. Obviously I called immediately.

That ad led me to one of the craziest jobs I have ever had: selling magazines door to door around the continental USA. I was pretty good at selling magazines or at least convincing people to like me within 10 seconds of opening their door, in which case they would buy a magazine. This job afforded me the luxury of seeing a lot of the country. We would stay for a few days to a couple weeks in each state, depending on business. We kept pretty regular business hours and were free to do what we wanted when we were done. We met and experienced a lot of incredible stuff along the way.

So with a combination of seasonal jobs, moving across country, working a traveling sales job, and some independent travel – I was able to complete visiting all 50 states.

Visiting All 50 States: Q and A

Ever since I completed visiting all 50 states I have been flooded with a variety of questions, so I want to answer them for you guys!

Now that I have finished visiting all 50 states, I will continue to explore America more in depth. There are still thousands of cities I have never been to within the country and of course I would love to see them all, time permitting. I’ll continue to share all my travel journeys here with you guys for new and old destinations. Visiting all 50 states does not mean that I am quitting my blog or social media channels. It is just one bucket list item I have checked off my never ending list. 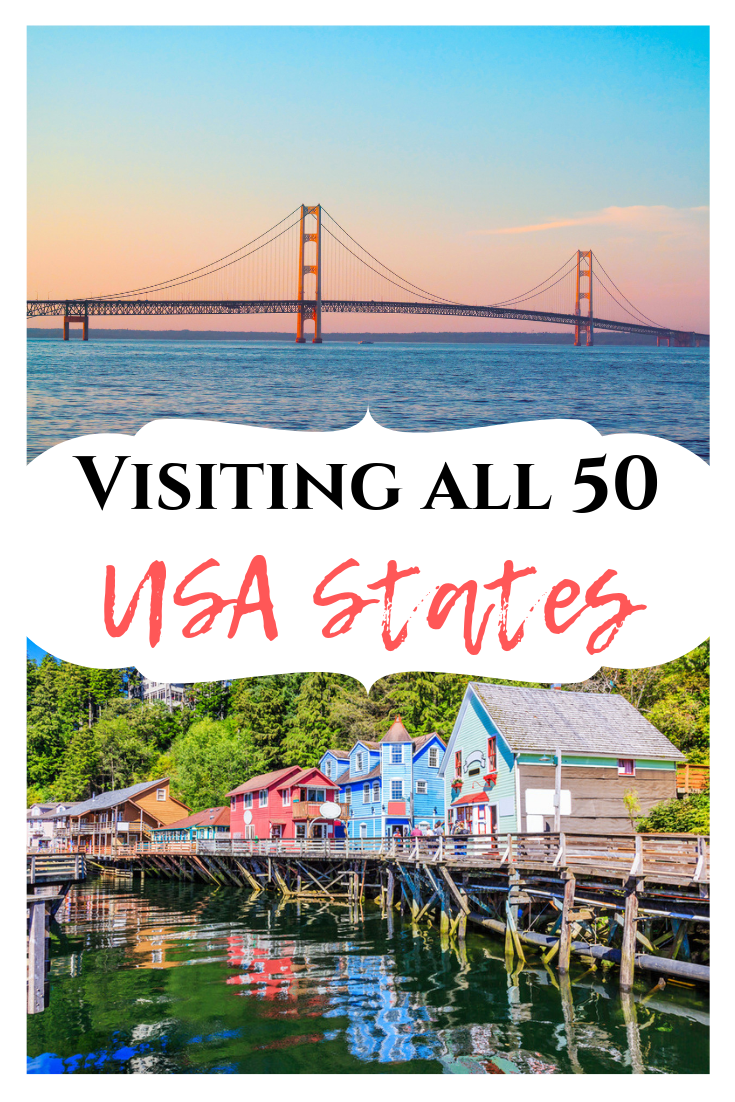