Alaska, the largest state in the United States, is a vast and diverse area filled with natural wonders and has a unique history filled with exciting stories.

This state is quite unlike any other state in the United States and has a renewed tourism sector that attracts millions every year. Nicknamed the “Last Frontier”, this wild and rugged land appeals to adventurers and nature lovers year round.

This article filled with interesting facts about Alaska is a great starting point when planning your own voyage to this spectacular and vast state. 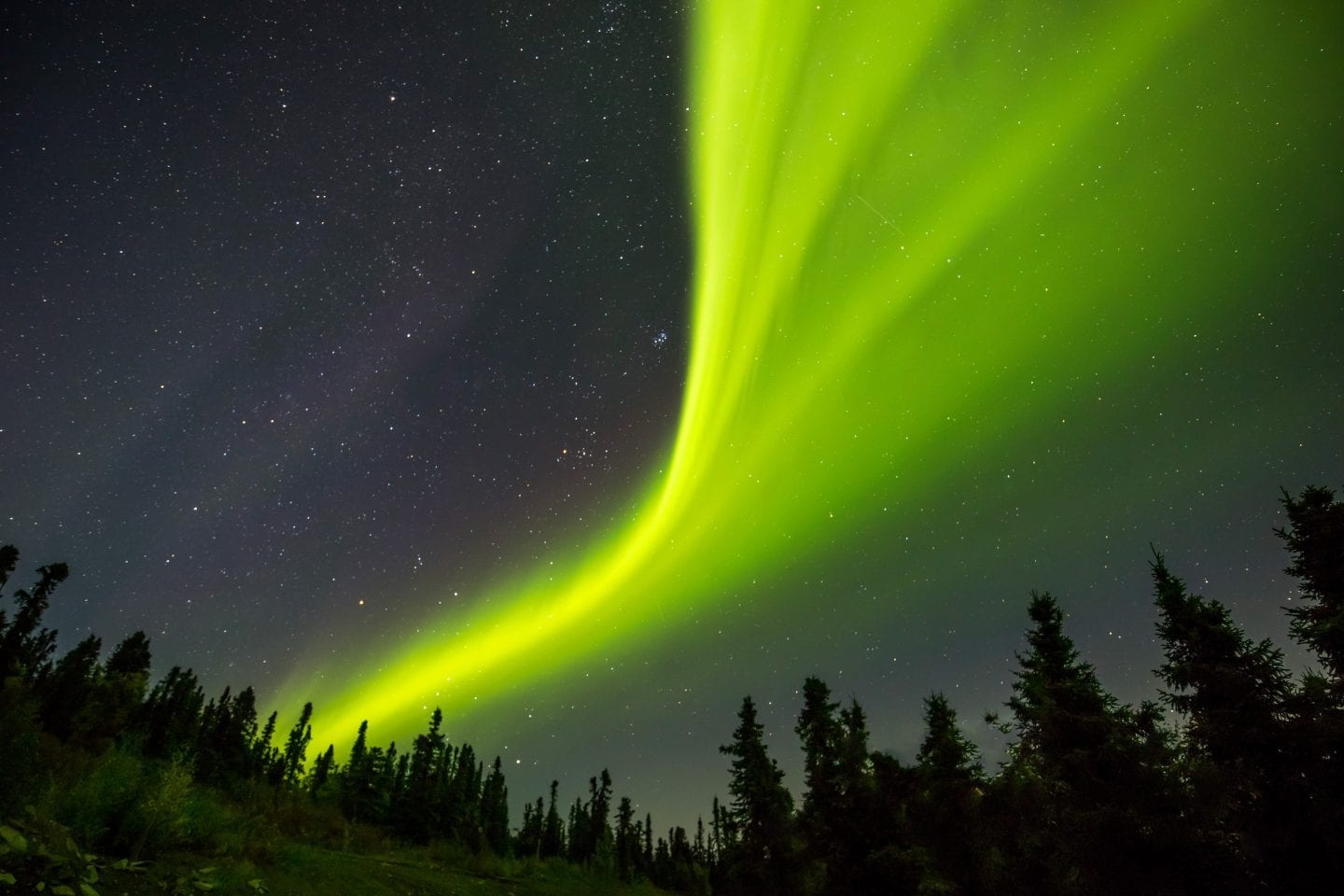 Surrounded on three sides by oceans and bays, Alaska has nearly 34,000 miles of coastline. In fact, Alaska is home to more tidal coastline than all the remaining United States combined!

Another one of the most interesting facts about Alaska is that while it is the largest state in the US, it is the least populous of the states with an average of only one person per square mile.

The climate of Alaska is varies widely due in part to its huge geographical size, which accounts for some regions having constant, year-round snow cover and other parts of the state having temperatures that never fall below freezing, even in the winter time.

Alaska is the westernmost and northernmost state in the United States, so much so that part of the state extends into the eastern hemisphere, also giving it the title of having the easternmost longitude!

One of the most surprising of the interesting facts about Alaska is that it is pretty close to Russian, perhaps closer than many realize. The westernmost island of Alaska is merely 3 miles away from the easternmost island of Russian! This area is the location of what was the Bering Land Bridge in ancient times, leading to migration of people into the area that is now Alaska.

In fact, the genetic makeup of the prehistoric peoples of this time period was completely different than all other peoples located on the continent of North America at that time. The first European settlers to the land were not surprisingly Russian due to the close proximity, with evidence of their settlements dating as far back as the mid 1600s. Alaska remained a part of Russian until 1867, when the United States purchased the land for $7.2 million dollars, a bargain at approximately 2 cents per acre!

While Russian dominated the land for centuries, there were also many other settlers throughout the history of Alaska. Spanish settlements during the late 1700s tried to stake a claim in the Pacific northwest and even as recently as 1942, Japanese troops invaded and occupied a number of Alaskan islands during World War II. Another of the interesting facts about Alaska is that despite being a territory of the United States since 1867, the area did not become an official state until AFTER World War II, in 1968. The official proclamation was made shortly after in 1969.

The large size of the state as well as the incredibly rugged terrain also accounts for the lack of road accessibility and the remoteness of a vast majority of the state. Alaska has a relatively small number of roads, making it one of the least connected states. Even the state capital, Juneau, is not accessible by anything except a ferry, another of the interesting facts about Alaska that not many people know. As a result, one of its most impressive features of the state is a very well-developed ferry system called the Alaska Marine Highway, which primarily serves the southern cities. Air travel is also another important mode of transportation, sometimes the only mode of transportation to and from some of the most remote locations, weather depending.

In the most remote of the regions of Alaska, particularly during the cold and snowy winter months, dog mushing and snowmobiling prove to be the only means of getting around. It was at one point so prevalent that in 1972 dog mushing was declared the official state sport. People have been using dogs to pull sleds for centuries. Balto, a famous sled dog, has been celebrated as a hero and is the subject of a children’s book. In 1925, New York City erected a statue of the renowned canine, celebrating what was called the “Serum Run” to bring the much needed diphtheria vaccine to the remote town of Nome when it was suffering from an outbreak. This was the inspiration for the now famous Iditarod, a dog-sled race stretching over 1,100 miles through Alaska. There is another lesser known dog sled race called the Serum Run that traces the original route that Balto took in 1925, departing from Nenana and ending in Nome, one of the little known facts about Alaska.

Alaska is one of the most unique of the United States, with a number of laws and regulations that don’t exist elsewhere because of the special challenges and issues faced by this location. Alaska does not collect income tax or charge a state sales tax! Some cities do enforce a local sales tax.

On the flip side, the state makes money with other types of local taxes such as raw fish taxes, tire taxes, fuel transfer taxes, gambling taxes, and property taxes. In addition to the unique tax structure, Alaska has also had to enact a number of very strange laws that might not make sense to those who have never experienced what life is like in remote Alaska.

It is actually illegal to whisper in someone’s ear while moose hunting and there is also legislation making it illegal to feed alcohol to a moose! Those aren’t the only interesting facts about Alaska and its strange laws. There are also rules against fattening livestock within city limits and while it is not illegal to shoot a bear, it is illegal to wake a bear up for a picture! 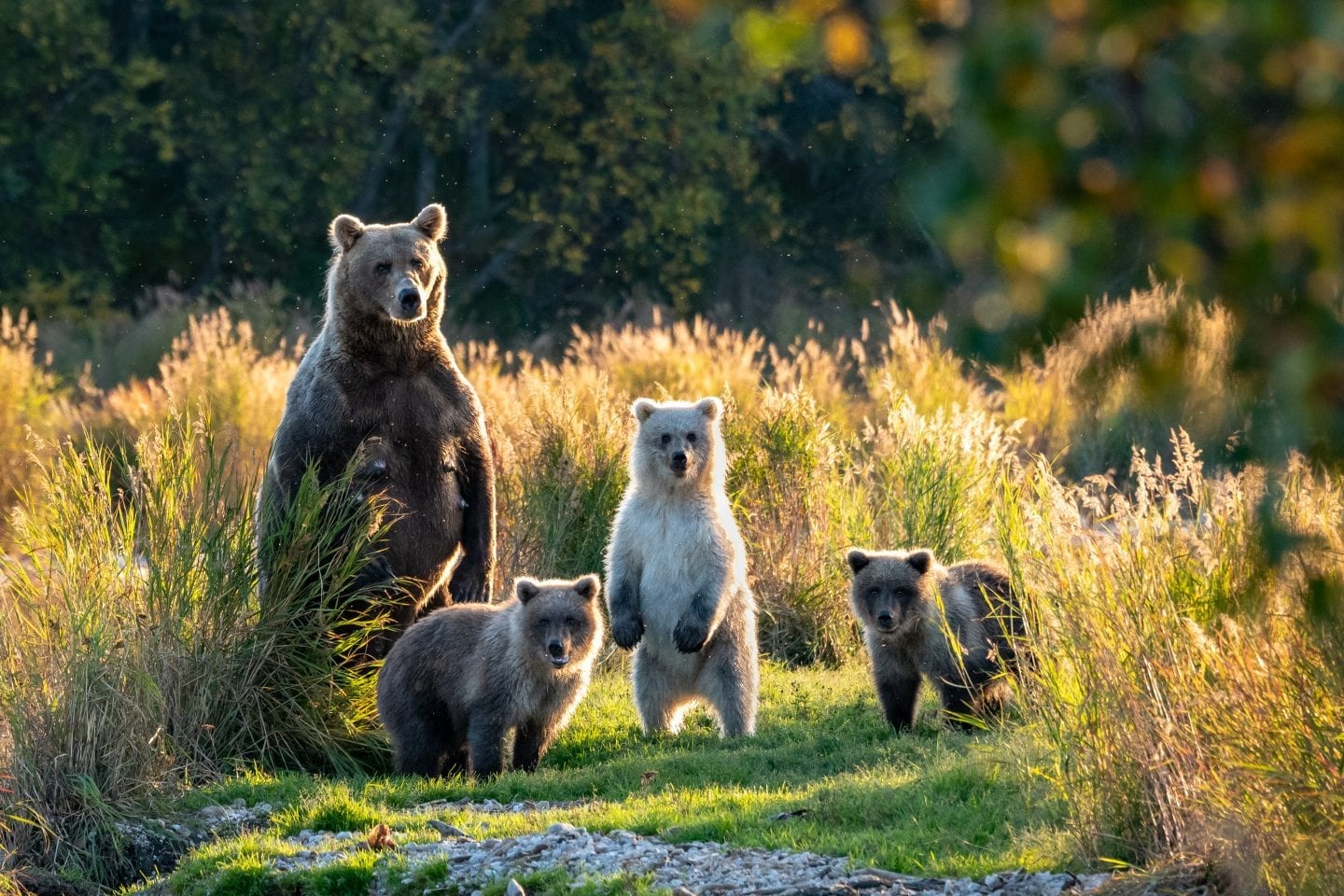 When everyone thinks of Alaska, they usually think of the cold, icy inclement northern regions, but very often forget that the is also home to very temperate regions that never fall below freezing!

As the northernmost state of the United States, the winter nights are incredibly long resulting in summer days that are the longest on average for the entire country! This particular fact in the list of facts about Alaska accounts for one of the best, most productive growing seasons, despite being the shortest growing season at only around 100 days in length.

These lengthy summer days account for some truly massive vegetables, the most well-known of such being a head of broccoli that grew to over 36 pounds and a head of cabbage that weighed in at a whopping 94 pounds! The agriculture of Alaska is primarily for subsistence and sale within the state, resulting in a recent explosion of local farmers markets and festivals dedicated to produce, the most popular of which is the Alaska State Fair in Palmer, Alaska.

Fishing is also very prevalent in Alaska, with many residents fishing during the year in order to stockpile food for their families. With over 300 rivers and over 3 million lakes throughout the state, it is also a popular destination for sport fishermen seeking the infamous salmon runs that happen. Some of the salmon are quite large, the largest on record weighing over 97 pounds!

One of the interesting facts about Alaska and its fishing industry is that despite the incredibly high cost of living, seafood is often cheaper within the state than outside of it because of the wealth of tidal coastlines and the huge amount of rivers and lakes that provide seafood.

Visitors who want to cruise to Alaska can do so between May and September.

Another one of the most interesting facts about Alaska is the high prevalence of volcanic activity in the state. Alaska contains well over 100 volcanoes and volcano fields, most of which are still considered active. This seismic and volcanic activity results in the huge mountains found throughout the country.

In fact, 17 of the 20 highest mountains of the United States are found within the state of Alaska, as well as the highest peak in all of North America. Denali stands at a towering 20,320 feet above sea level! Another one of the interesting facts about Alaska is that its geographical location makes it home to more than half of the glaciers that exist in the world! With over a 1,000 glaciers covering more than 5% of the land mass in the state, cruise ship tourism to view the massive ice flows and glacier formations have become a huge tourism draw for the state. Alaska is also home to the two largest forests in the United States, the Tongass and the Chugach, with a combined total of over 21 million acres! But you don’t have to worry about poison ivy or poison oak here! Alaska is the only state in the United States that doesn’t have any plants that are poisonous to the touch.

The best place in America to see the Northern Lights is in Alaska!

Alaska is a truly unique place that is filled with so much diverse and surprising features and history. Home to the both the longest day and the longest night in the United States as well as over 200 days of visible Auroras in certain locations, this magical, mysterious land is remote and rugged with so much to see and do! Keep these interesting facts about Alaska in mind when you make your plans to visit America’s Last Frontier! 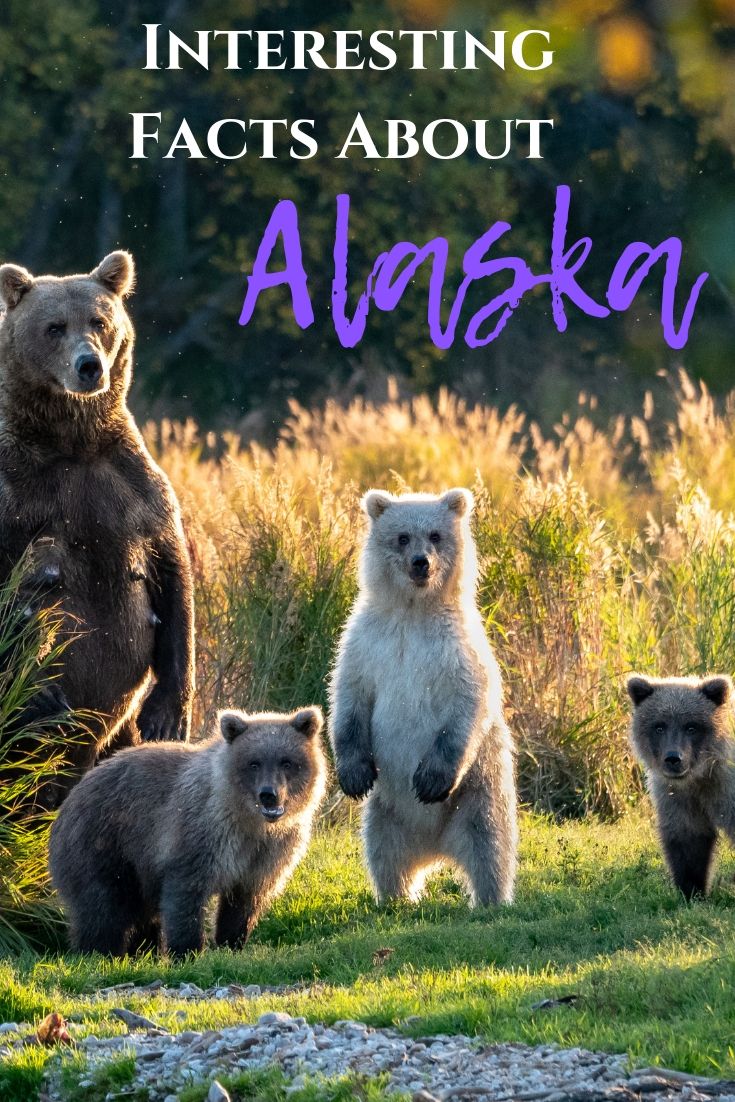 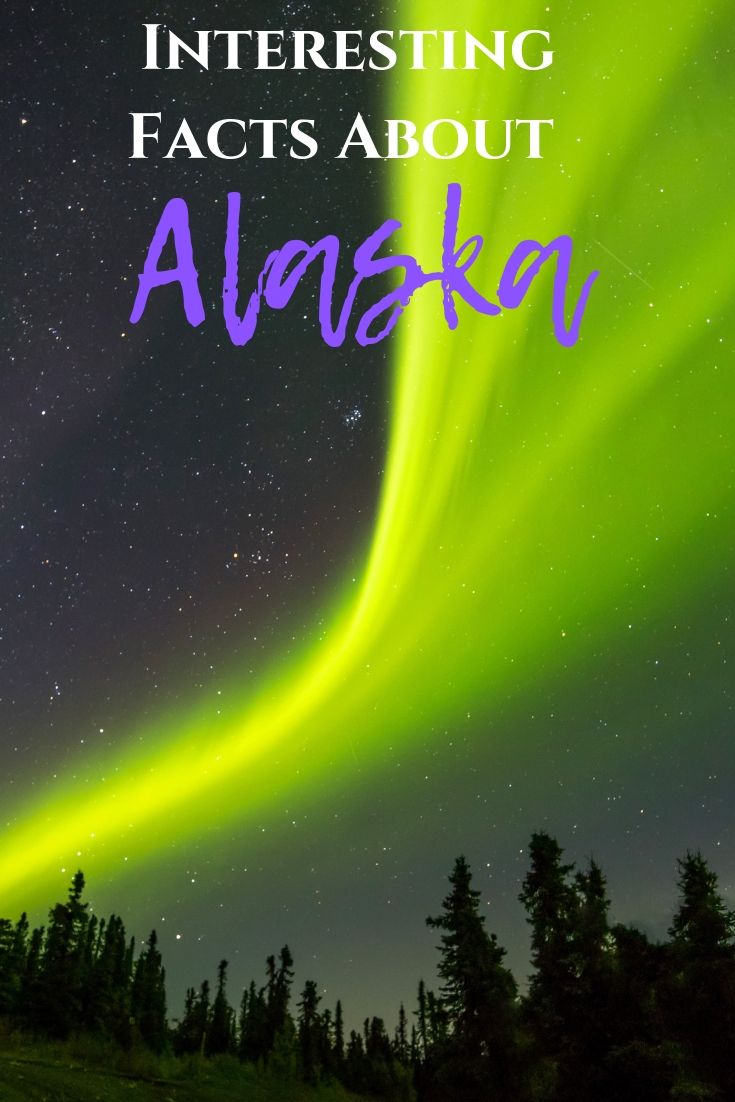