If you find yourself with limited time in the capital of Austria, just two days will be sufficient to get an initial taste of the finest in Austrian culture and a city rich in history, sightseeing, and more during your Vienna city tour.

This post will detail all you need to know about the expansive history, popular venues, worthwhile places, and genuine hospitality in this great Austrian city during your Vienna city tour.

Your Vienna city tour will no doubt include the great art embedded within the city. Vienna is known as one of the great capitals of music in the world, welcoming composers such as Richard Strauss, Brahms, Mahler, and Bruckner.

The Vienna Secession movement occurred in fine art. Architecture rose with Adolf Loos, and socialist politics reverberated in Vienna during the early 1900s, with Leon Trotsky, Joseph Tito, Adolf Hitler, Sigmund Freud, and Joseph Stalin all residing in the same area of central Vienna. Philosophy, fine art, and music all composed the culture of art and expression in Vienna.

There are generally concerns about safety when traveling to visit foreign countries. Rest assured that you will safely enjoy a Vienna city tour. Despite being the seventh-most densely populated city in the European Union, the 2018 Global Peace Index actually ranked Vienna as the third most peaceful country in the world. You can easily travel Europe on a budget here.

After you enjoy the pleasant nature of the Viennese people, the beautiful architecture, and the city’s exceptional layout, you might be convinced to move after completing your Vienna city tour. Vienna is frequently ranked for its high quality of life, with reports classifying it in the upper echelon among San Francisco, Vancouver, and Melbourne for the world’s most livable cities. With its calculated infrastructure and enjoyable markets, Vienna is highly regarded for its exemplary urban planning, and has been thoroughly studied by authorities on the subject. 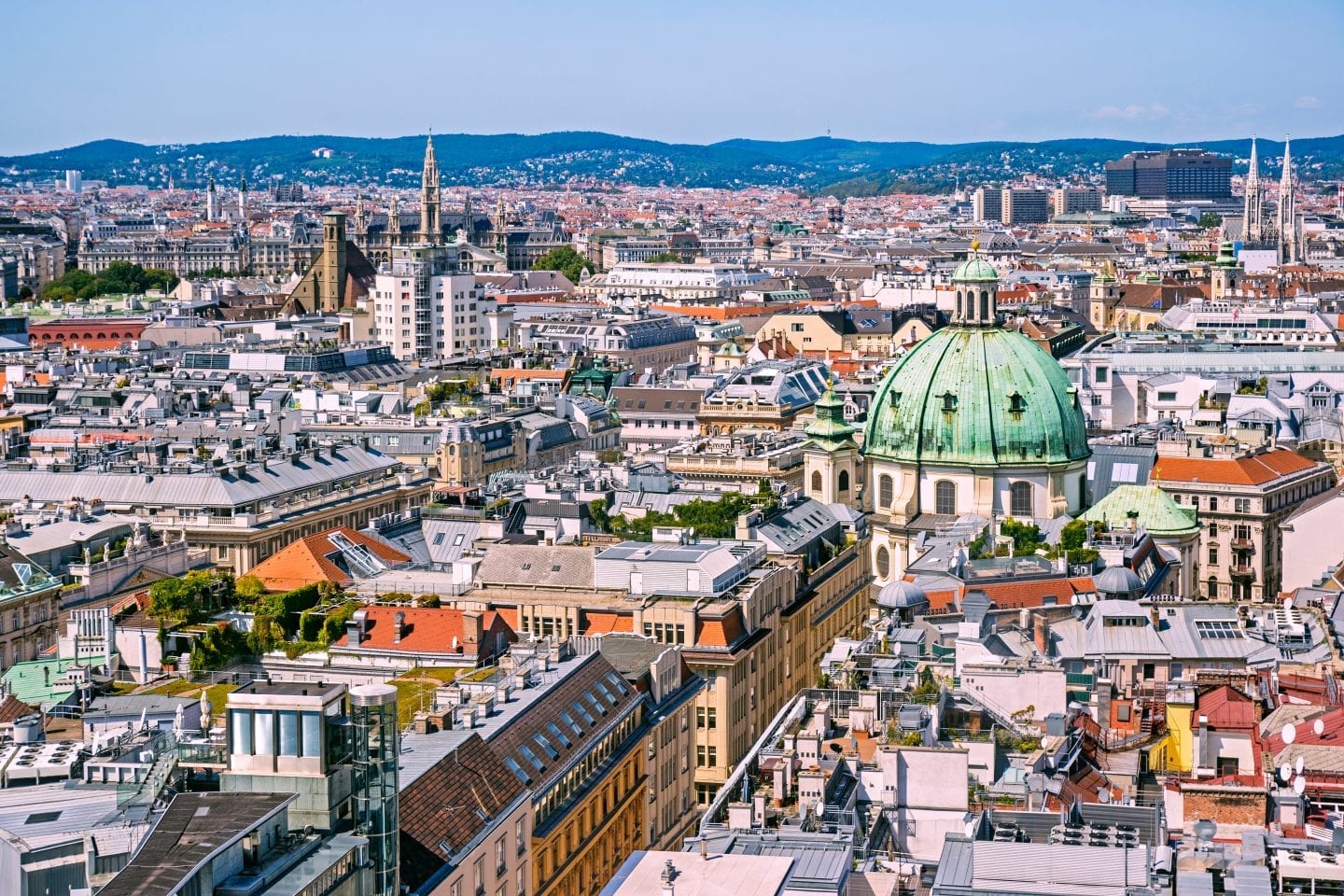 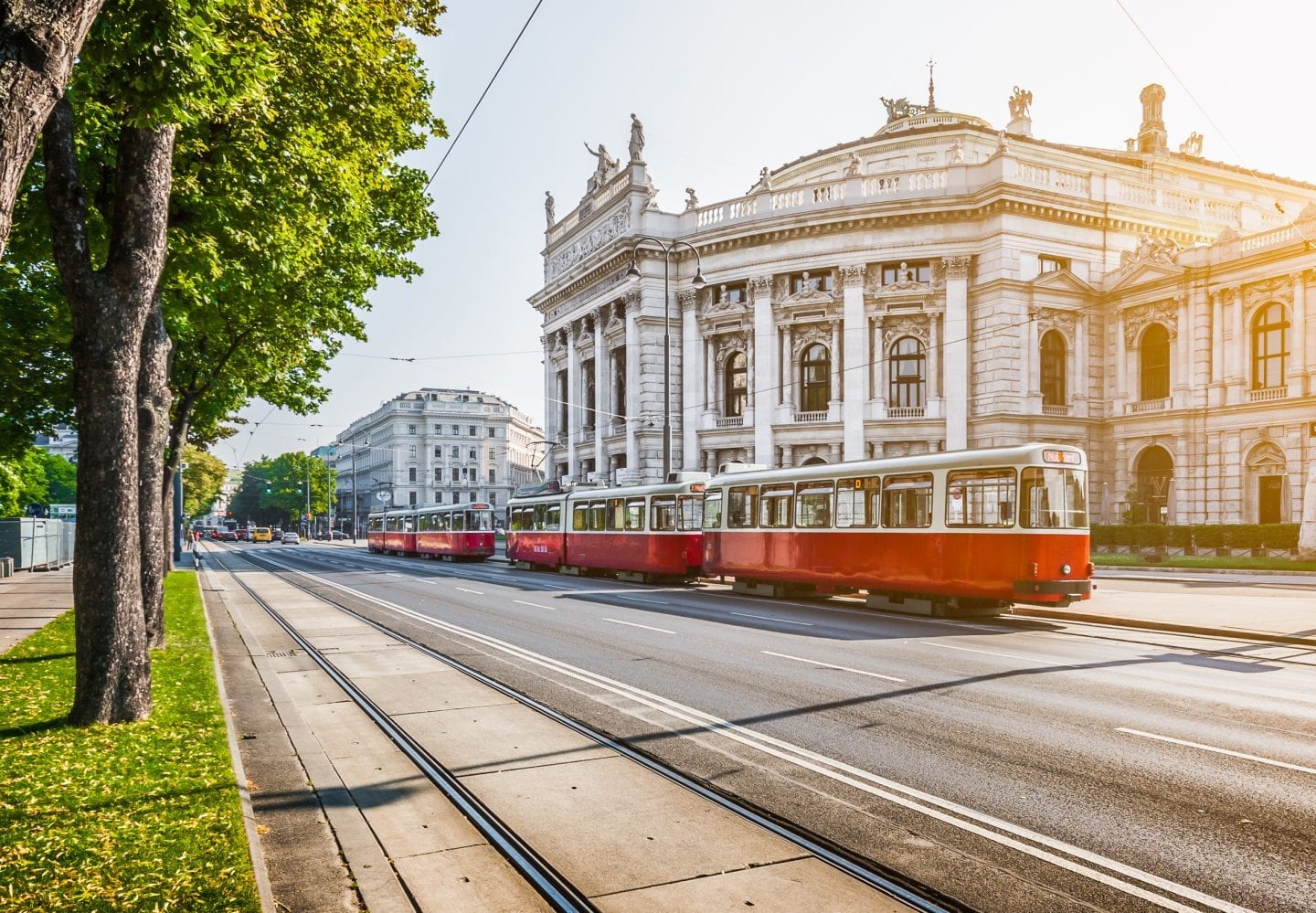 A designated UNESCO World Heritage Site, this boulevard is a ring road where medieval fortifications were originally constructed to display the strength and glory of the Habsburg Empire in 1857. The architectural style of the boulevard is very eclectic, with expansive structures in Gothic, Classical, Baroque, and Renaissance styles, situated in a fascinating order to derive the Historicism movement. For instance, the Parliament building is constructed in classic Greek Revival architecture, reflecting the origin of global democracy in Greece.

This majestic palace features gorgeous architecture, renowned collections, and a variety of exhibitions. The building houses many museums and other attractions. The story of the Austro-Hungarian Empire is showcased masterfully, transporting you back in time.

The spectacular Sisi Museum, as well as the Spanish Horseback Riding School, are also located on the grounds of the Hofburg Palace. Many visit to view the impressive collections of flatware, gold, silver, porcelain, cutlery, and more.

Visitors advise arriving before 10:00am in order to avoid the large tour groups and crowds. The grounds can easily be explored within an hour, although you may want to allocate at least two hours if your Vienna city tour permits, as there are many photograph opportunities as well as a garden area to enjoy a break in. You can take a guided tour of the property, or a Prime audio walking tour, and gain key insights into historical figures, such as Empress Elisabeth or Emperor Franz Josif.

The impressive detail in the exterior architecture and interior design of the St. Stephens Cathedral is enthralling. With its majestic feel and horse-drawn carriages outside, you’ll feel transported to a past era when you visit this popular landmark. St. Stephens Cathedral is actively restored and maintained on a regular basis, ensuring visitors can fully experience 700 years of history from this renowned attraction in Vienna.

This is an active Cathedral, and while tourist groups make their way throughout the venue taking pictures and viewing exhibits, you’ll want to be cognizant of noise so as not to disturb services.

Initial entrance to the Cathedral is free, although you can purchase an all inclusive ticket, granting access to the entire building. An audio guide augments the experience inside the building, including unique catacombs. Insider tip: make your way up one of the towers to closely examine the city from the Cathedral’s roof, a profound addition to commemorate your Vienna city tour.

Located within the Ringstrasse, this was the first major building constructed in the boulevard, formed in a Neo-Renaissance style. It did not initially possess the grandeur and appeal among the Viennese like other buildings, and as such was not widely received with fascination. Nevertheless, the façade persisted through the war, and while a fire ravaged portions in 1944, it has been fully restored. Today, the State Opera remains an iconic fixture and for many, a gateway to the city of Vienna. 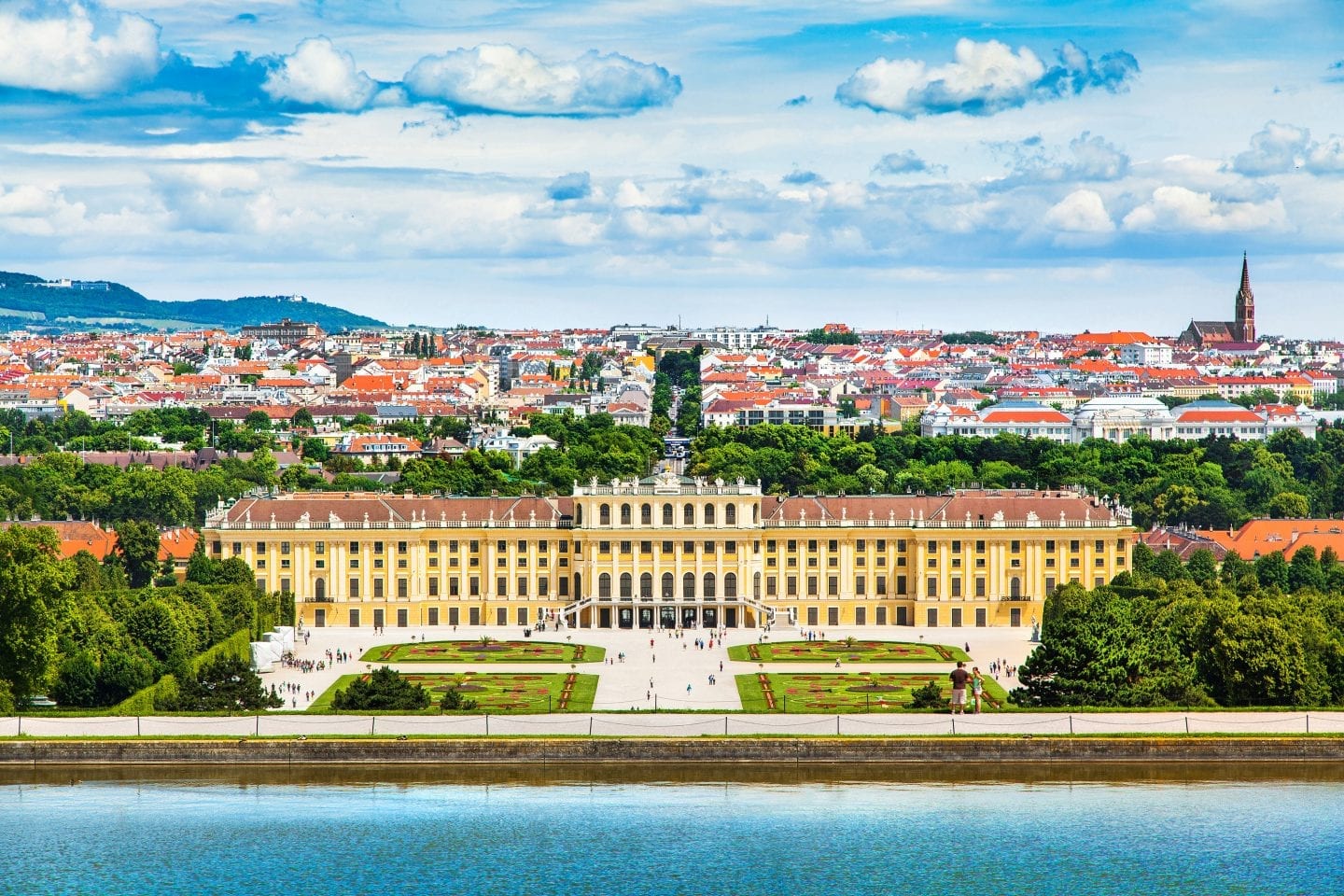 The large family of rulers of the Habsburg Empire retained possession of this extravagant palace in 1569. What was once a hunting lodge with festive parties evolved into a grand, impressive residence over many complex renovations. Today, with a variety of impeccably decorated rooms to observe, Schönbrunn Palace is the most popular destination to visit in Vienna, and an absolute must see on your Vienna city tour. With its regal furnishings, immaculate gardens, and grand finishes, you’ll leave feeling impressed by the attention to detail the royal family instilled in this property.

You can take the Imperial Tour, depicting the apartments of Franz Joseph and Sisi, observing 22 rooms in approximately 40 minutes. The Grand Tour, expanding upon the Imperial Tour, includes more interiors from the 18th century and Maria Theresia. The Classic Pass includes tours of the Schönbrunn Palace, Privy Garden, Orangery Garden, Maze, and Gloriette. The Sisi Ticket is a day-long foray in Schönbrunn Palace, the Imperial Furniture Collection, the Vienna Hofburg, Sisi Museum, and Imperial Silver Collection. At a minimum, purchasing your admission ticket online in advance will save you significant time waiting in line at the venue.

Easter is a special time to visit Shönbrunn Palace, with exhibitors from across Austria offering traditional souvenirs, handcrafted gifts, food, beverages, and more. No matter the occasion, you’ll find the beautiful gardens, expansive grounds, exquisite design, and incredible style worth the time on your Vienna city tour.

Pro Tip: Book this special excursion on your Viking Cruise for a special visit. 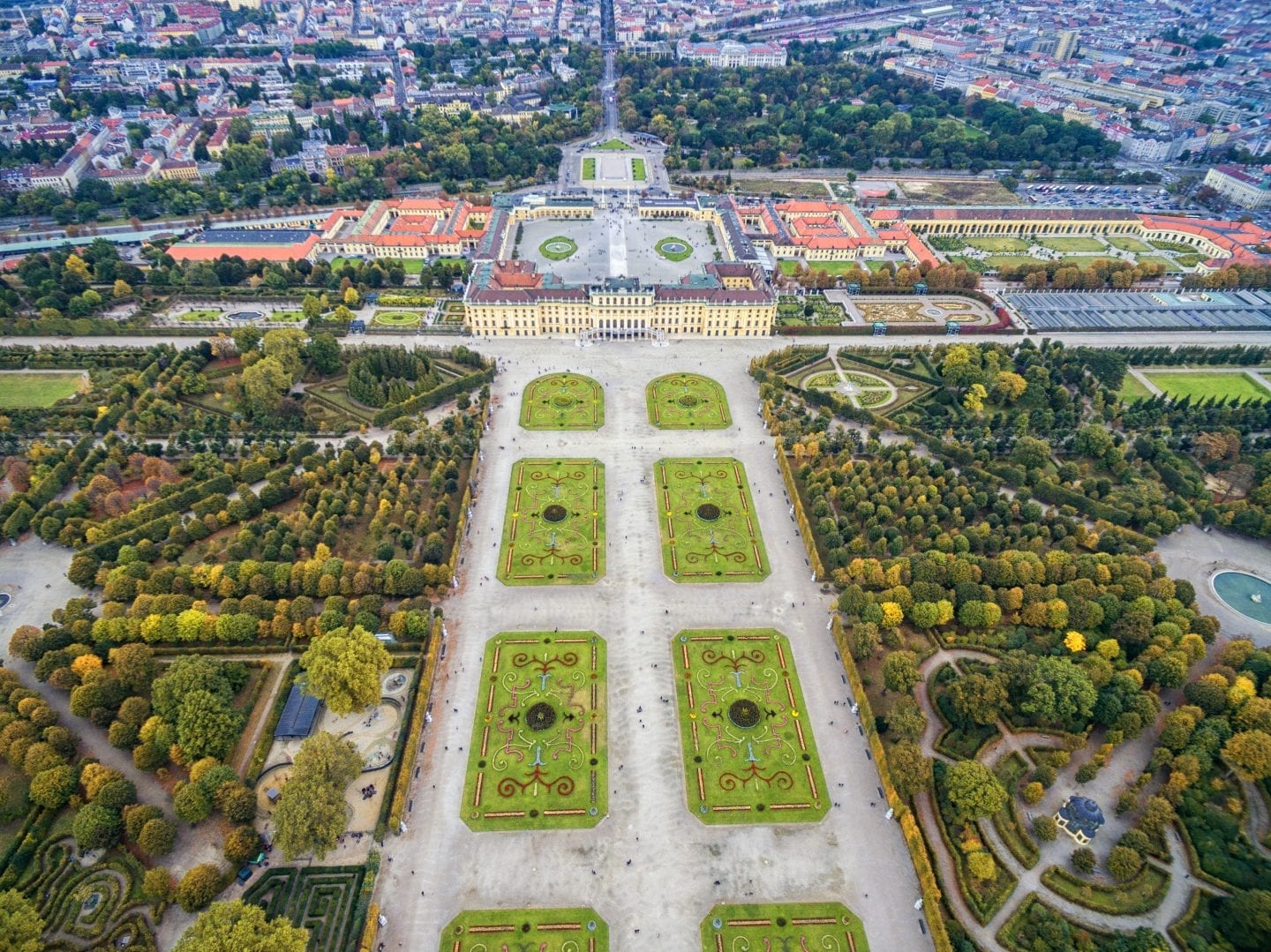 You can even pick up deli meats, cheeses, wine, fresh fruits and vegetables to enjoy a wonderful picnic outside. There is often a Saturday flea market at the venue as well. The merchants are very friendly, and many speak great English, some even accept US Dollars.

Central Park in New York City comes to mind as a famed public park worth experiencing, but Prater offers the beautiful greenery and exceptional sightseeing, of that park, paired with fantastic amusement rides and roller coasters. There are many classic rides that you won’t find at other large-scale parks.

You can walk around the park for free and purchase tickets for the rides you wish to enjoy. Prater is famous for its Giant Ferris Wheel, with outstanding views of Vienna. Take a spin and you’ll see why many visitors rank it a top tourist find worth of your Vienna city tour! 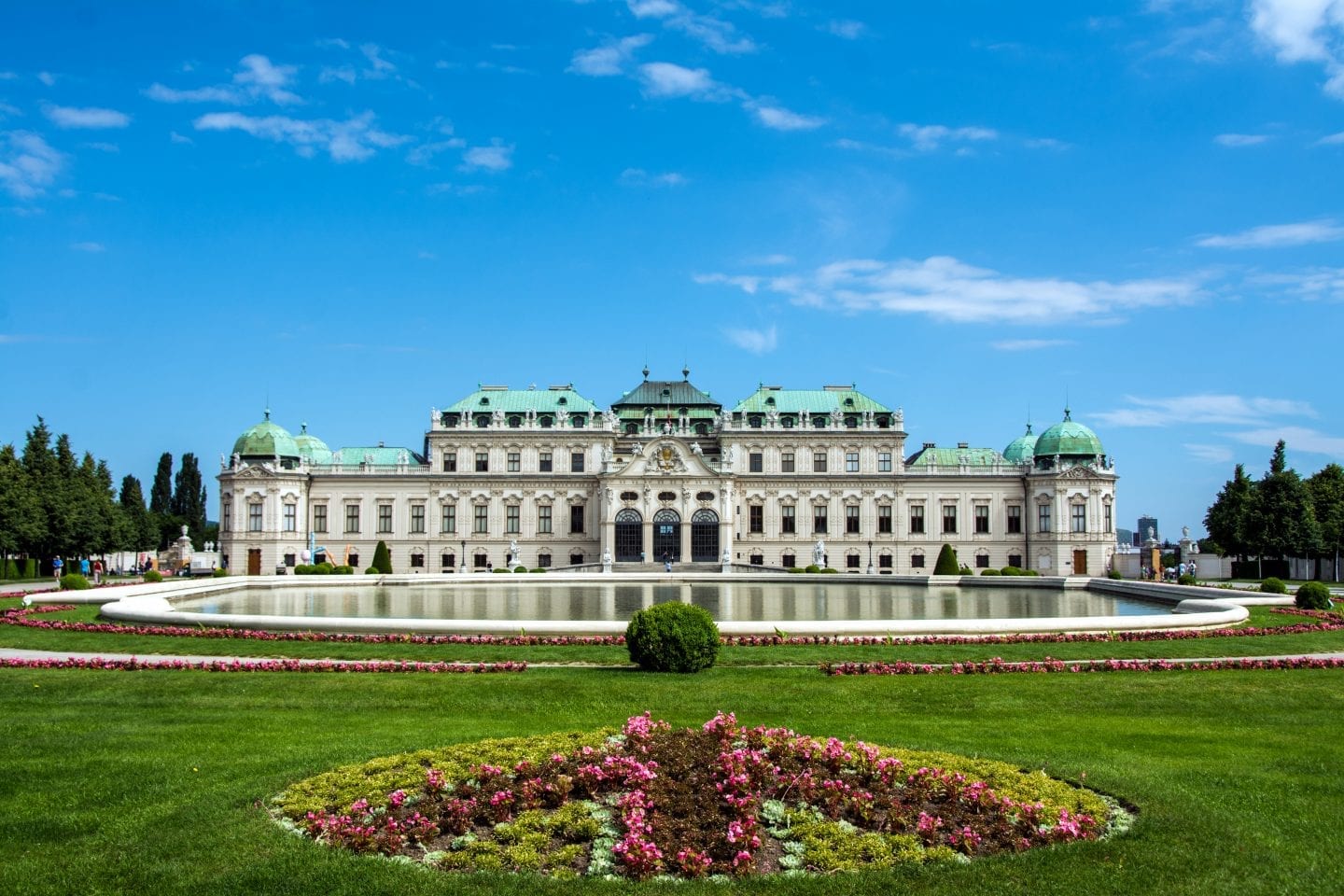 This grand museum situates Austrian art with complex history in a stately castle with beautiful grounds and views of Vienna, making it a perfect stop on your Vienna city tour. It is renowned for the Gustav Klimpt pieces, which draw significant crowds. While there is plenty of walking throughout the exhibits, it is suitable for children. The grounds are peaceful and relaxing.

To avoid lines, arrive early or purchase tickets ahead of time. Plan to visit for at least one hour, likely closer to two hours, for your Vienna city tour. This will ensure you also get the best photographs possible! The audio guide for your tour expands upon the art descriptions to give you added details and context for the exhibits.

When it comes to enjoying a brief trip in Austria’s capital, look no further than this list to identify prime sightseeing opportunities, recreational activities, Viennese culinary delicacies, and photograph spots when contemplating your Vienna city tour. Even with just two days on your Viking River Cruise, you can take in so much of the city’s rich history, eclectic architectural style, warm hospitality, expansive art, and delicious food. 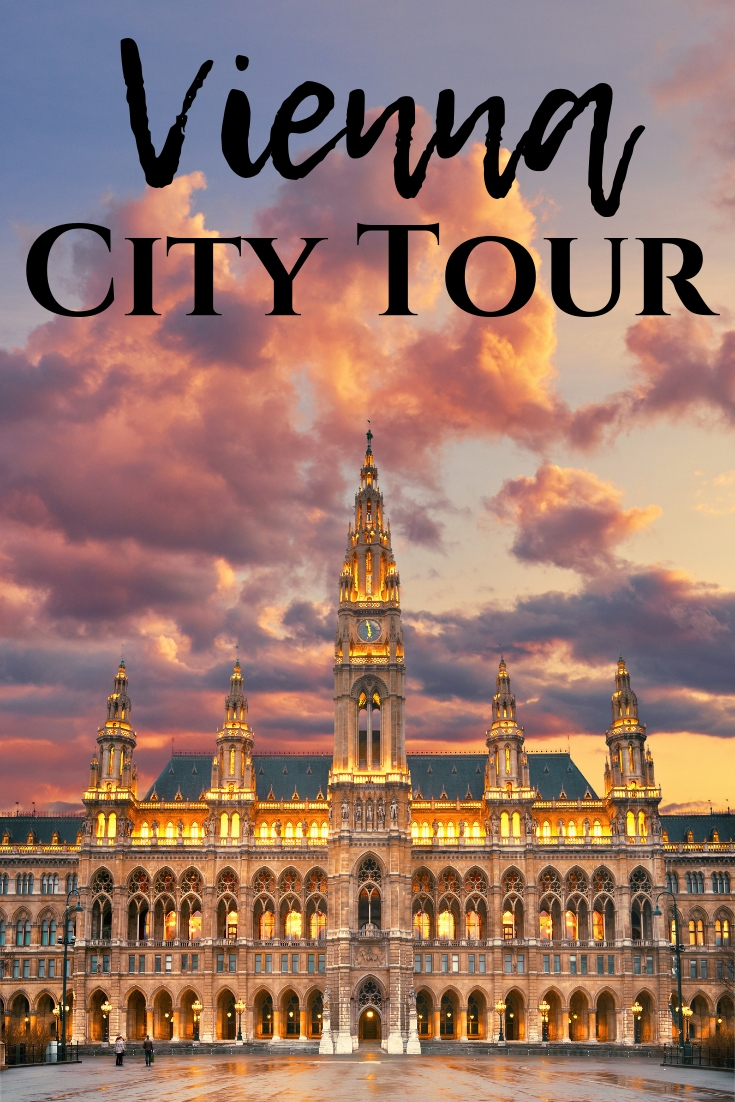 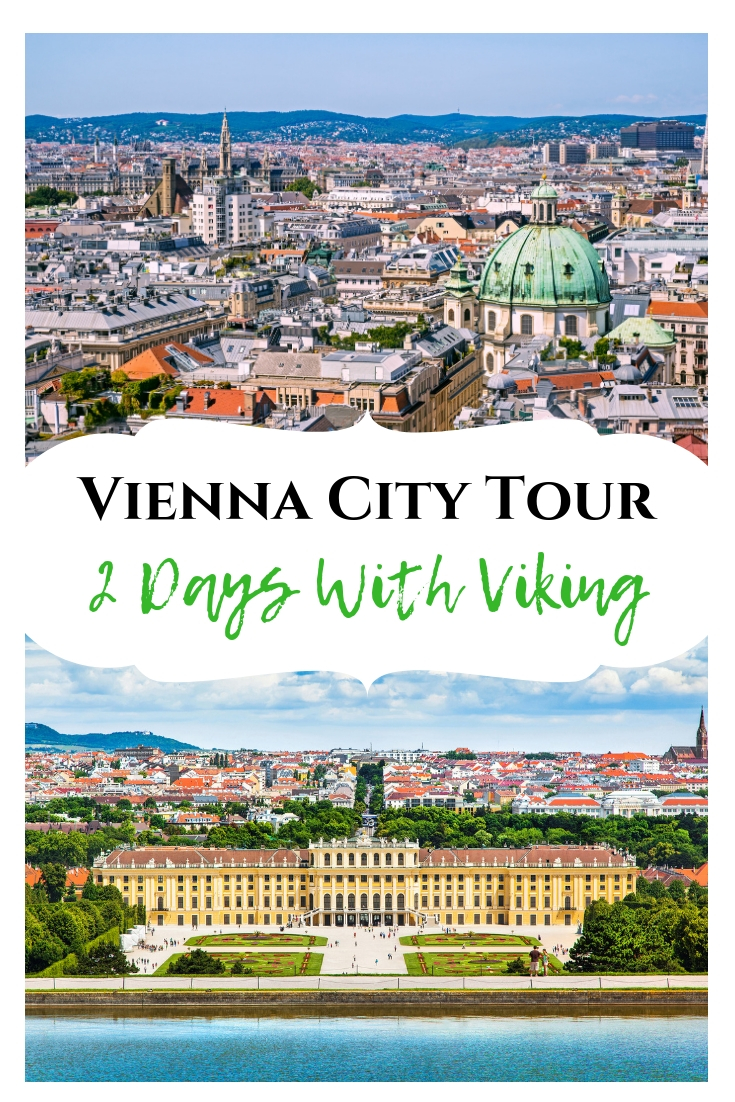