With both a rich history and a progressive, modern attitude, Amsterdam is one of the most popular of tourist destinations within Europe. When planning your adventure in Amsterdam, read through this collection of Amsterdam facts that will help you design the most comprehensive and enjoyable visit to this exciting and unusual country. While strolling the picturesque canals and historic streets, you will surely find many surprises in this bustling city of trade! 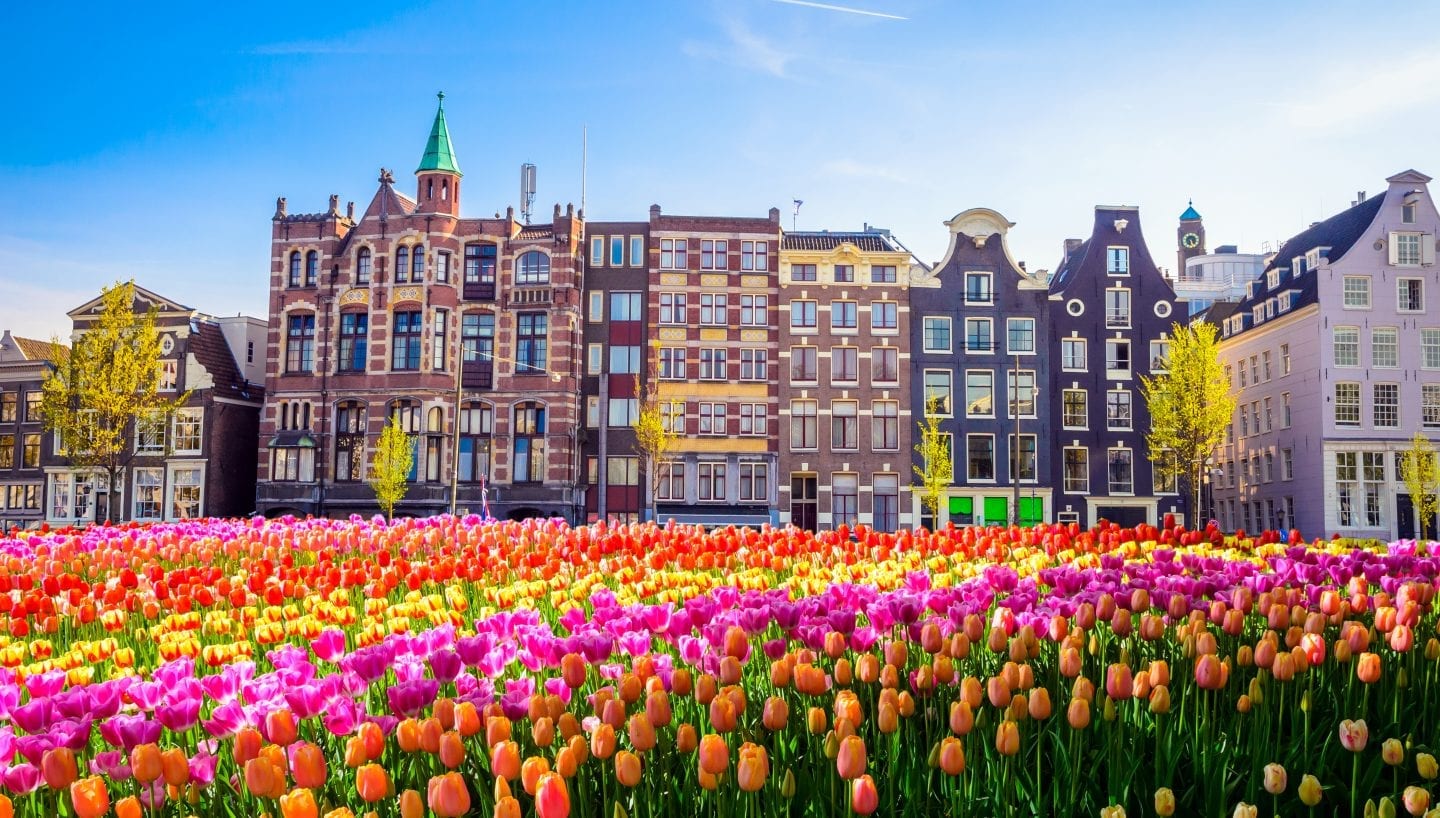 Originally named Amstelredamme because of its origins as a small fishing village located alongside a dam on the Amstel River in the latter half of the 12th century, Amsterdam is the capital city of the Netherlands, a small country in northern Europe. Roughly the size of Maryland, the Netherlands share a border with Belgium and Germany to the southwest and southeast respectively while the northern border is comprised almost entirely by the North Sea. This results in a very mild oceanic climate, accounting for its relatively mild weather year-round. Amsterdam is located in the western part of the Netherlands and is incredibly flat. One of the most surprising of the Amsterdam facts shared here is that the city lies almost 6 feet below sea level!

Amsterdam was officially recognized as the capital of the Netherlands in 1814, but one interesting fact is that the government facilities and the courts are all located in The Hague, making that the administrative center of the country. Amsterdam became one of the preeminent trading ports of Europe during the 17th century Dutch Golden Age. To this day, it remains the fifth largest seaport in all of Europe. In addition to having such a large seaport, or perhaps because of it, the city of Amsterdam is also home to one of the oldest stock exchanges in the world. Prior to merging with the Brussels and Paris Stock Exchanges to become Euronext in the year 2000, the Amsterdam Stock Exchange, founded in 1602, was considered to be the oldest.

A fun Amsterdam fact that not many know is that a large bronze bull by artist Arturo Di Modica stands outside the location of the Amsterdam Stock Exchange, the same artist who placed the bull outside the New York Stock Exchange in the United States!

One of the most stunning of the Amsterdam facts is how many visitors this city receives annually. Statistics show that over 19 million people visit this tiny city every year! Given this high influx of visitors, tourism is one of the leading industries. 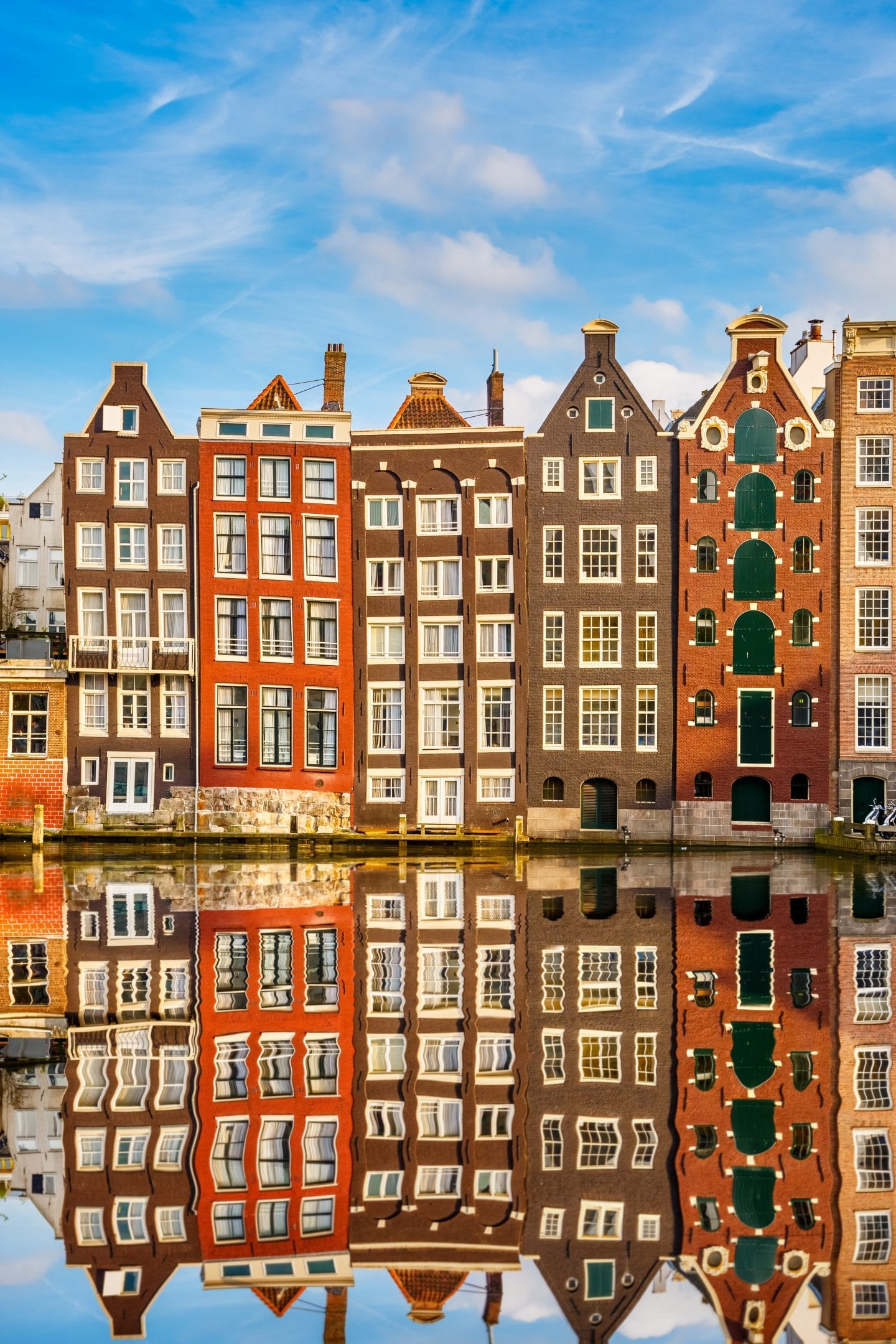 Another interesting Amsterdam fact is that this city is one of the most densely populated cities in the European Union with upwards of 3,800 people per square kilometer, making it quite crowded, especially during tourist season! Despite the population density, the city is remarkably free of congestion due in part to its status as the most bicycle friendly city in Europe. Statistics claim that there are over 1 million bikes within the city, not counting the almost 10,000 bikes that are dredged out of the canals every year!

These canals are also one of the biggest tourist attractions of the city. Amsterdam is often called the Venice of the North, but there is something ironic about Venice being the first place one thinks of when they think of canals and bridges. An Amsterdam fact that will come as a surprise is that Amsterdam has nearly three times more canals and bridges than Venice. Venice is home to approximately 400 bridges spanning 26 miles of canals while Amsterdam is covered by well over 60 miles of canal and over 1,200 bridges! The canals of Amsterdam are listed as an UNESCO World Heritage Site, the construction of which began in 1613 through very conscious and thoughtful city planning. One of the most popular things to do along the canals of Amsterdam is a visit to the Amsterdam Flower Market, known by locals as the Bloemenmarkt. This flower market is the only floating flower market in the world and has been in existence since 1862. This site can be enjoyed year-round, rain or shine, and is a spectacle of the famous Holland tulip that is grown in the surrounding countryside.

In addition to this bicycle-friendly culture, Amsterdam enjoys outdoor recreation in the form of parks and sprawling recreational spaces. Vondel Park is the largest park in the city with almost 10 million visitors to the park annually. While there, you can enjoy an open-air theater, playground and numerous food service establishments that are run by the city. The largest outdoor recreational space is the Amsterdamse Bos, or the Amsterdam forest in English. 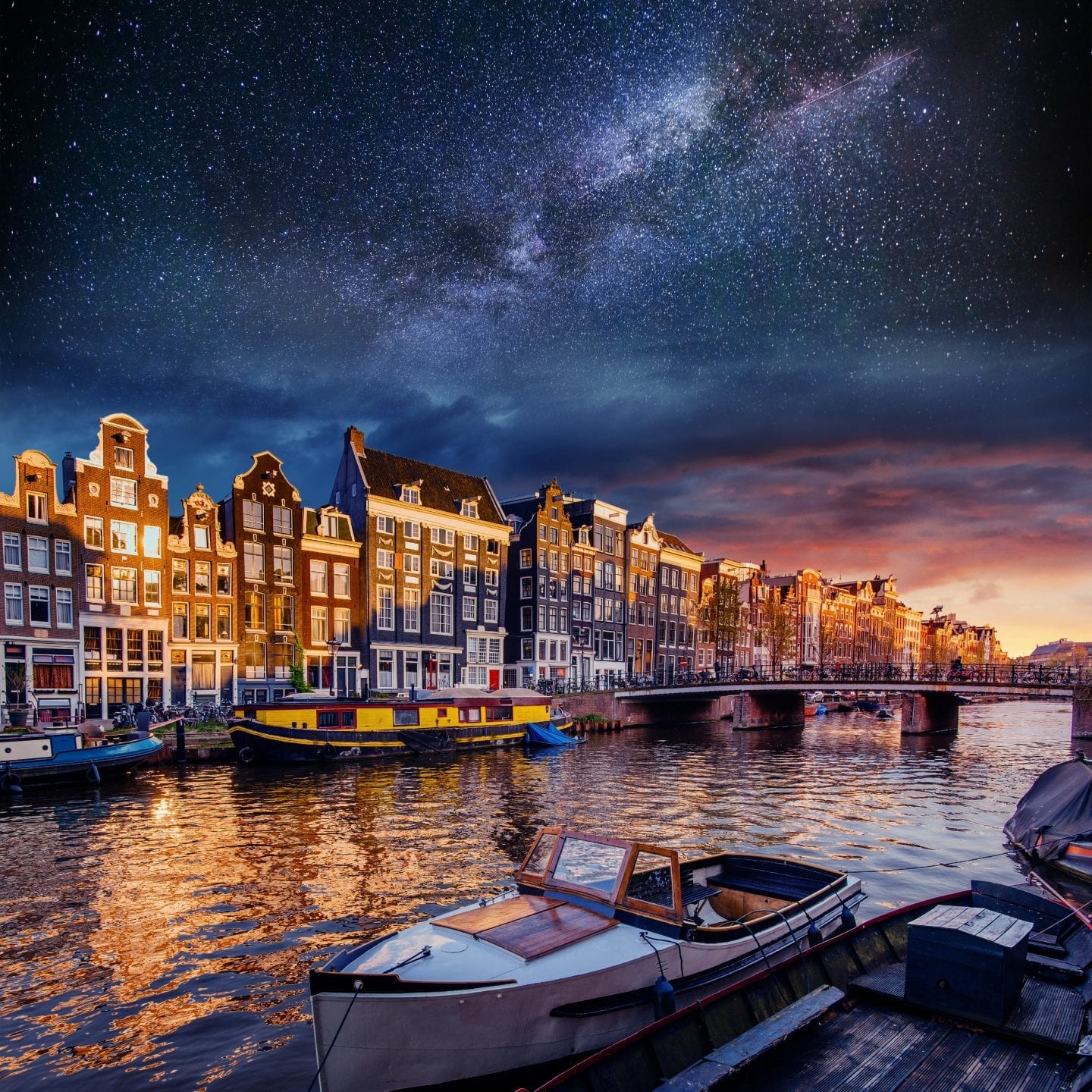 An interesting Amsterdam fact is that this forest is a man-made forest. The landscape park and forests we created in the 1930s through a government initiative to alleviate unemployment in the city. Inside the Amsterdamse Bos you can find animal parks, farms, sprawling meadows, sporting clubs and the world’s oldest artificial rowing course, the Bosbann or Forest Course.

There are many other famous and popular tourist sites within Amsterdam, including the Van Gogh Museum, the Amsterdam Tulips, the Anne Frank House and the Rembrandt House Museum, but by far the most popular of destinations within Amsterdam is the Red Light District. Also known as de Wallen or the rosse buurt by locals, the Red Light District of Amsterdam is well known for its illuminated windows and legal prostitution. Prostitution has been openly shown in Amsterdam as early as the 17th century. As one of the more shocking Amsterdam facts, the city has gone to great lengths to ensure that the practice is done safely and without detriment to the workers in the districts. There are numerous progressive laws and regulations in place to prevent forced prostitution and sex trafficking as well as increased police presence, a “night mayor” to oversee the nightlife of the city, regular monitoring and testing, rigorous professional standards and even a union for sex-workers. The city has also put in place many laws and passed legislation to respect the dignity of the sex-workers. For example, it is forbidden to photograph any sex-worker. One recent legislation that has passed is the planned banning of tours held within the Red Light District. Effective January 2020, all tours will be banned to reduce overcrowding and out of respect for the sex-workers, stating that it is outdated to treat people as tourist attractions within the city of Amsterdam. These Amsterdam facts are another indication of how progressive the nation is when compared to many others in Europe.

Another attraction that is often found within the Red Light District are the marijuana coffee shops. An interesting Amsterdam fact that people are often mistaken about in regard to these coffee shops is the legality of marijuana. The cannabis coffee shops operate under a legal loophole in a legally grey area of legislation. Recreational use of marijuana is not actually legal in Amsterdam and the Netherlands, but the country has a tolerance policy and allows coffee shops to operate with special permitting. In regards to recreational use, the act has been decriminalized but is still considered illegal. Public use in outdoor spaces has been curbed in recent years and is even punishable by fines in many areas of Amsterdam and The Hague, as well as other areas in the Netherlands. Perhaps the special permitting that allows the cannabis coffee shops to operate as they do accounts for another of the interesting Amsterdam facts that may surprise you; Amsterdam is the second largest consumer of coffee in the entire world, with residents consuming upwards of 3.2 cups per person per day!

Above all else, it is apparent that Amsterdam cares deeply for its citizens and their quality of life. While there are many Amsterdam facts that demonstrate this progressive attitude, one of the most heart-warming is that the city is dedicated to ensuring that every citizen receives a proper burial, even those that are not claimed by any family or friends. The city holds full services, including a chapel service, music, a poem written by the state poet and at least four pallbearers. Additionally, the city of Amsterdam allows low-income families to bring their pets to the veterinarian for free once per year. Amsterdam cares deeply for it’s immigrant population as well, providing free Dutch-language courses to all immigrants. After an influx of immigrants after World War II, Amsterdam has become the city with the widest variety of nationalities in the world. Aside from the free language courses, Amsterdam has many other initiatives to aid immigrants, evident in the high numbers of immigrants who obtain citizenship. It may come as a surprise to learn that over 50% of the population is of immigrant origin, with over 88% of the population being Dutch citizens, an Amsterdam fact that brings so much to the city. 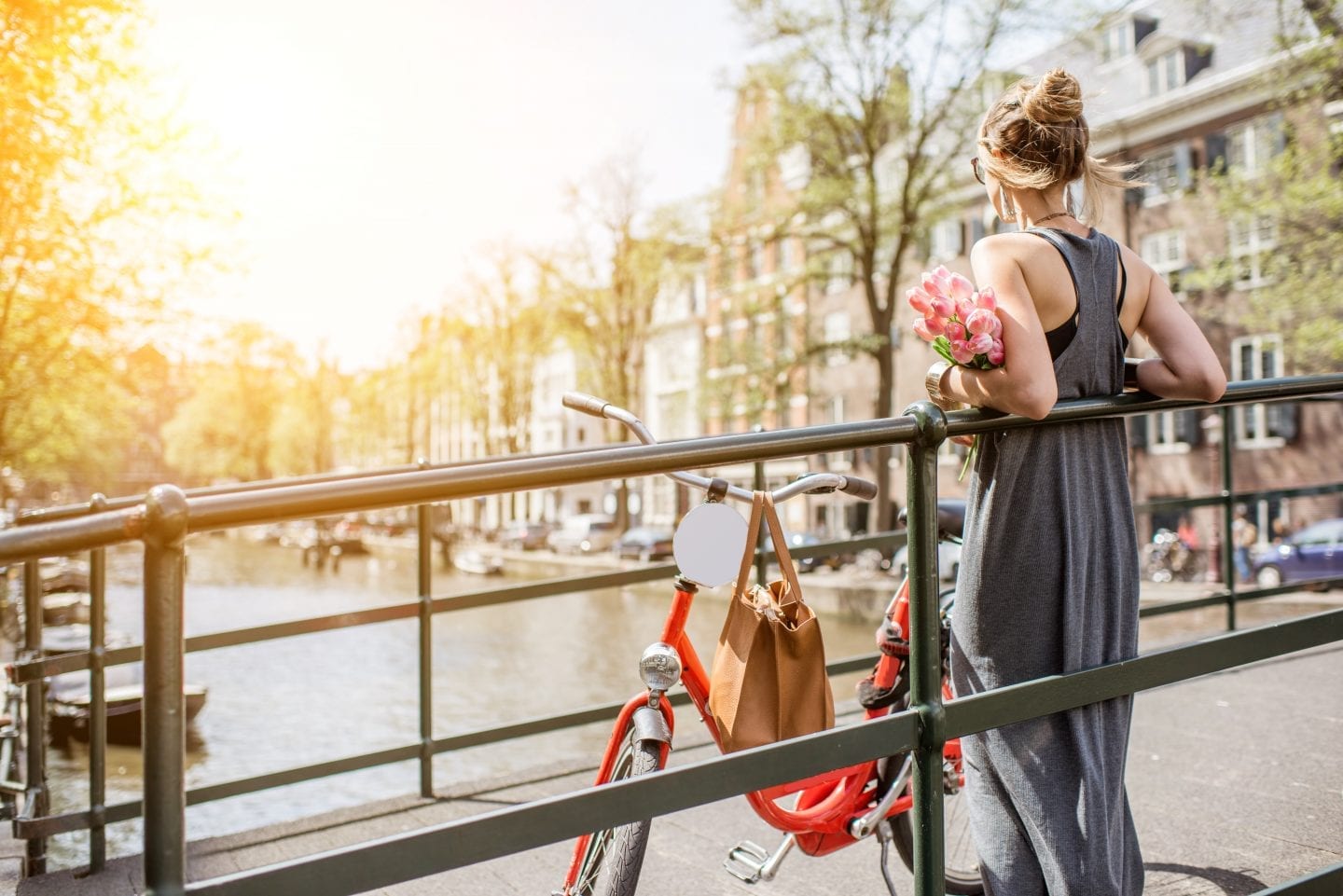 With such a varied influence from all over the world for centuries, first as a major trade hub, then as a destination for immigration and today as one of the most popular tourist destination in all of Europe, Amsterdam is a city filled with history, pride and a deep care for its people. Through their progressive initiatives, their storied past and their modern and forward-thinking policies and regulations, the city of Amsterdam is a hub of culture, influence, art and history. These Amsterdam facts are just a small snapshot of everything this vibrant city has to offer! 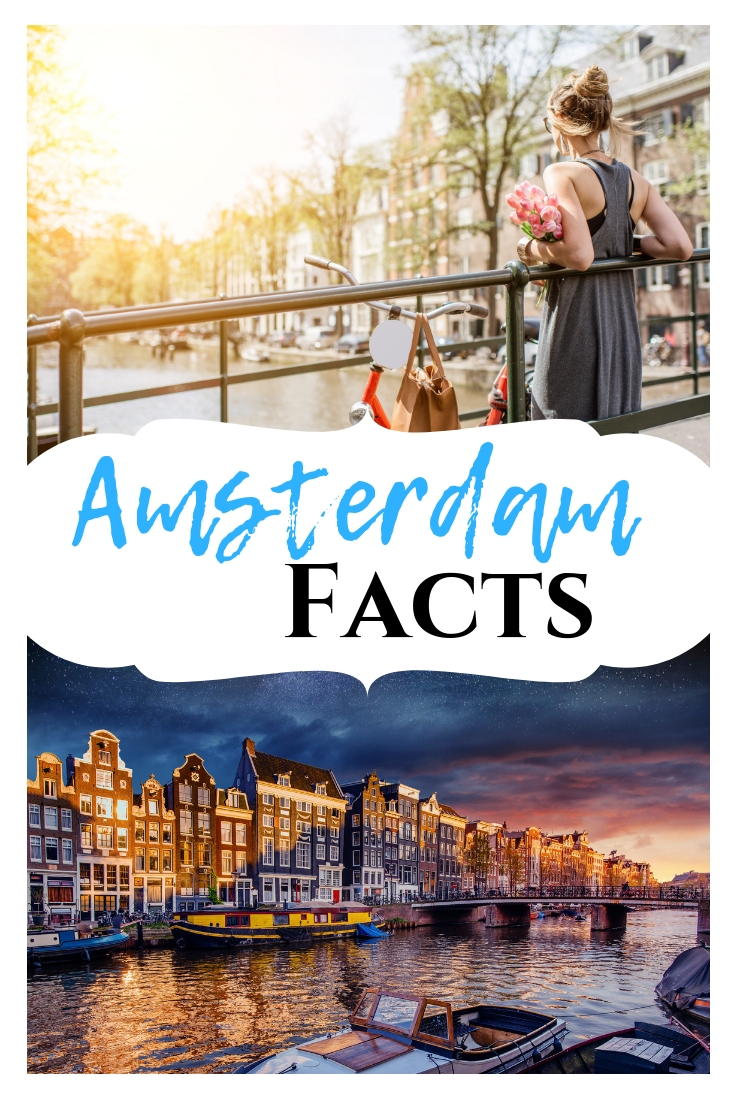 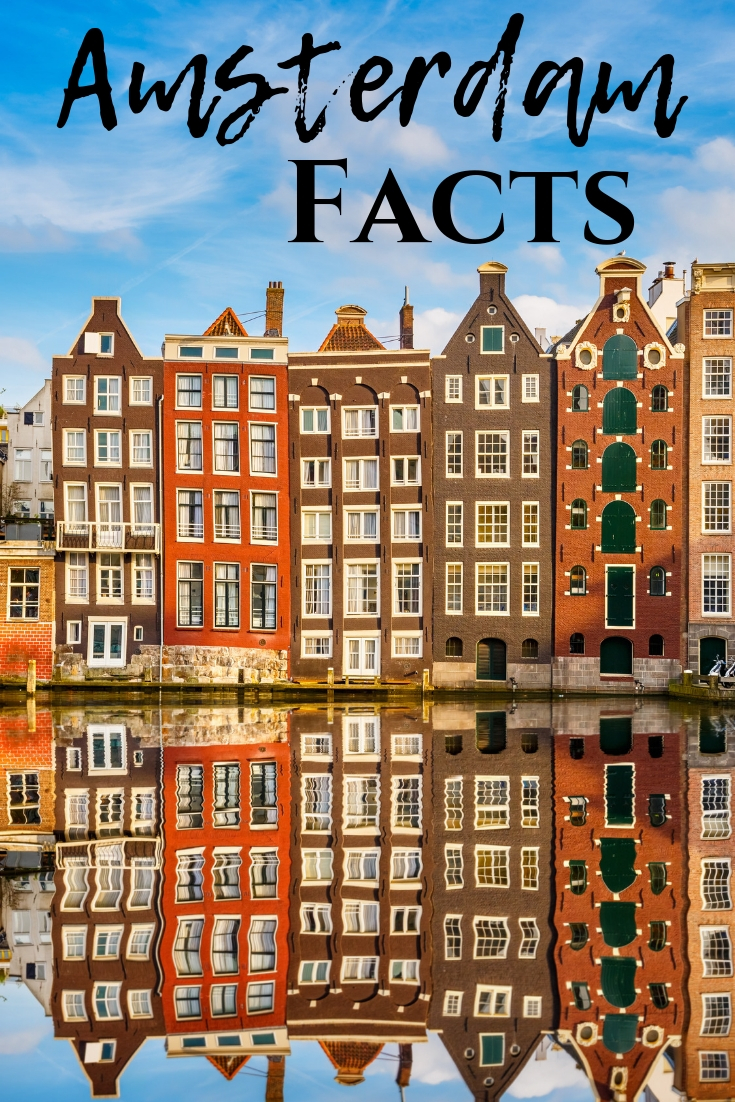