Many travel to the Philippines for beautiful, white sand covered beaches, calming ocean waters, hues of blue, the hospitality, and diving. But before you head out, check out these interesting Philippines Facts.

The warm hospitality, culture, food, and variety of activities that are available in the Philippines make it an exceptional destination. With a variety of accommodations available, including many top-notch resorts with pristine rooms and gorgeous views, now is the time to book your trip. Consider these Philippines facts before you travel. 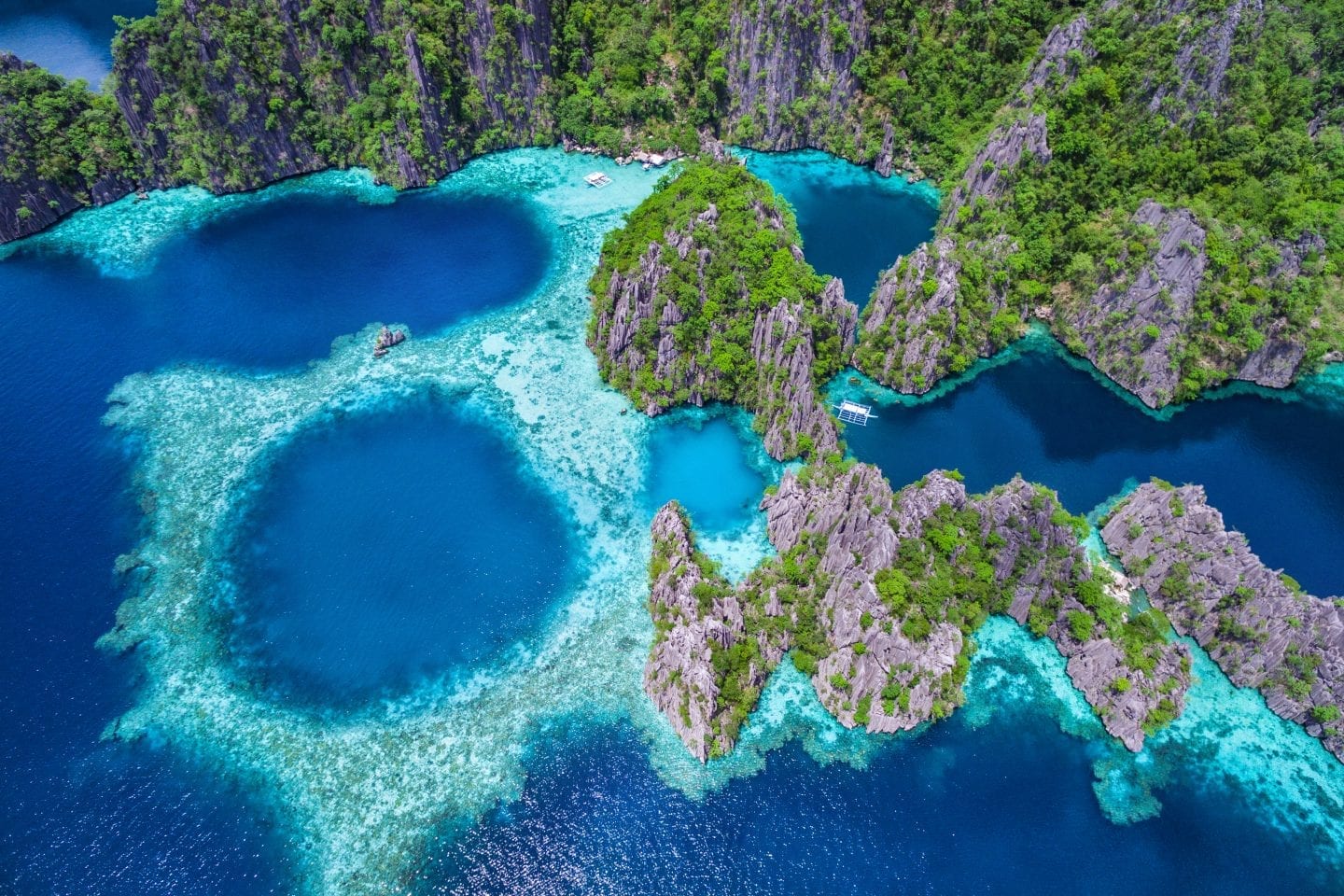 Officially known as the Republic of the Philippines, the country is the second largest archipelago in the world, or a grouping of islands. In fact, the Philippines is made up of over 7,000 different islands. The country is divided into three key geographical areas: Luzon, the large island to the north; Mindanao, the large island to the south; and the Visayas, a group of islands in the middle.

The Philippine’s flag has three stars on it, symbolizing the three sections of the country’s islands, and its colors are blue, red, white, and yellow.

Earthquakes are incredibly common in the Philippines: the country average 20 per day, but an interesting fact is that humans cannot even detect the majority of these earthquakes. Hows that for Philippines Facts?

The Republic of the Philippines is a very young country. Ferdinand Magellan colonized the country on behalf of Spain in 1521. Spain ceded the Philippines to the United States in 1898 during the Spanish-American War. During World War II, the Philippines was seized by Japan. Soon thereafter, the country declared independence in 1946.

Rice is a staple in many Filipino dishes.

Make sure the credit cards you travel with don’t have foreign transaction fees: the Philippines is home to three of the world’s ten largest shopping malls! You’ll find incredible shops in SM Megamall, SM North Edsa, and SM Mall of Asia.

One of the delicious Philippines Facts: Filipinos commonly consume four meals per day, including a late afternoon snack or dessert called merienda.

The official languages in the Philippines are Filipino and English, and although there are over 100 recorded languages spoken including Waray, the Philippines is the 5th largest English-speaking country in the world.

Philippines facts for the foodies: Filipinos like to have kamayan dinner. Which means they eat a feast with their hands off of banana leafs.

A fun Philippines fact: be on the lookout for photo-bombers when you visit, because Time Magazine once ranked Filipinos among the highest selfie takers in the world! Makati City came in as the selfie capital, with 258 selfies taken per 100,000 people.

Many new animal species have been discovered in the Philippines, with 16 new species of mammals discovered within the last ten years.

Be sure to try tropical fruits when you visit, because the Philippines is a top exporter of fruits, including mangosteen, papaya, and even coconuts. 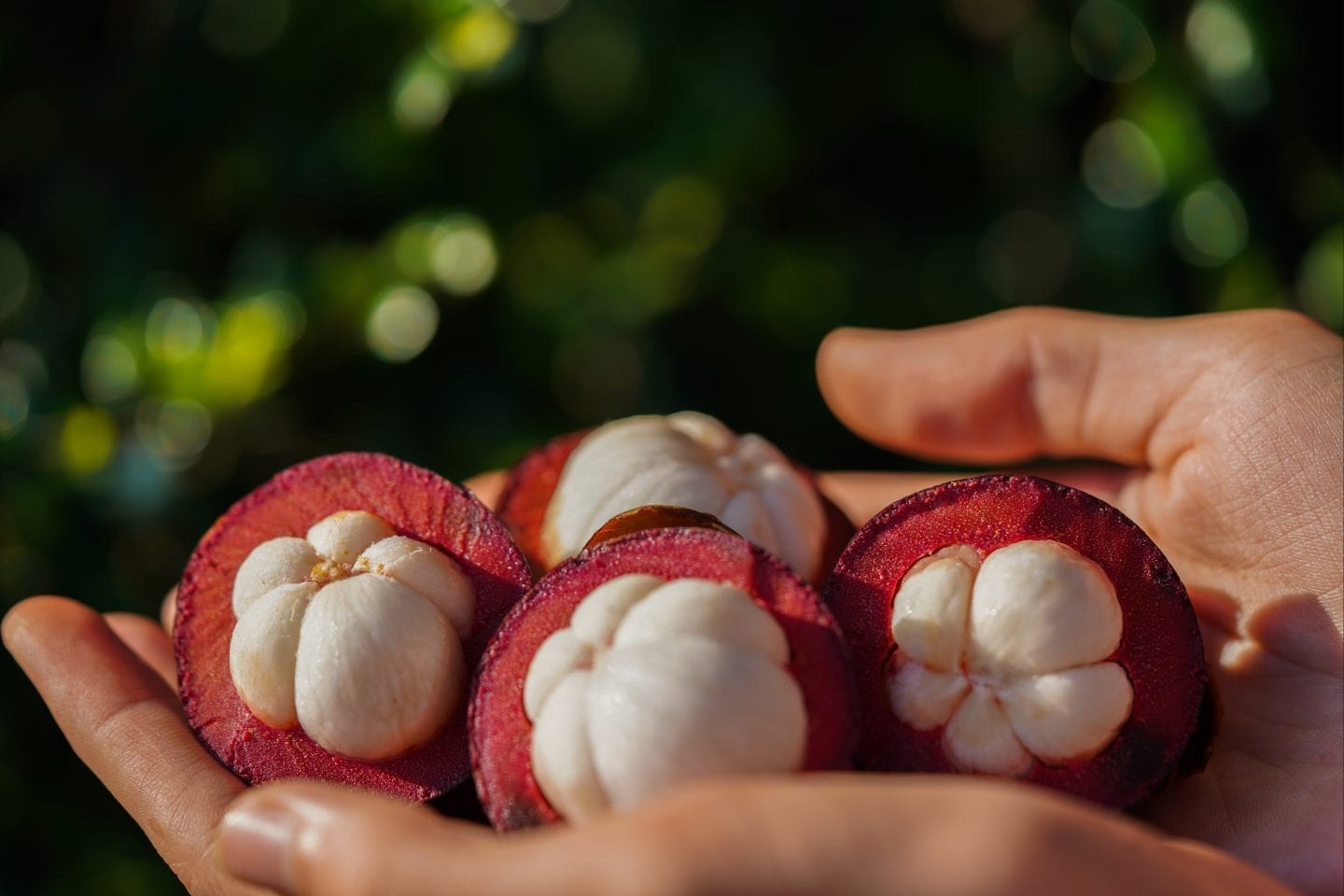 Another fun Philippines fact: music enthusiast Roberto del Rosario invented the first karaoke machine in the Philippines in 1975. He called it the “Sing Along System” which the Japanese translated its name to “karaoke” which means “singing without accompaniment”. Karaoke has become so popular in the Philippines that it is used to promote products in supermarkets!

While the state is officially secular, religion is very popular among Filipinos, with 80% of the population identifying as Roman Catholic. The Philippines is the only nation in Asia where Christianity is the majority religion. There are popular district festivals known as barrio fiestas in which patron saints’ feast days are celebrated with music, dancing, and feasting. 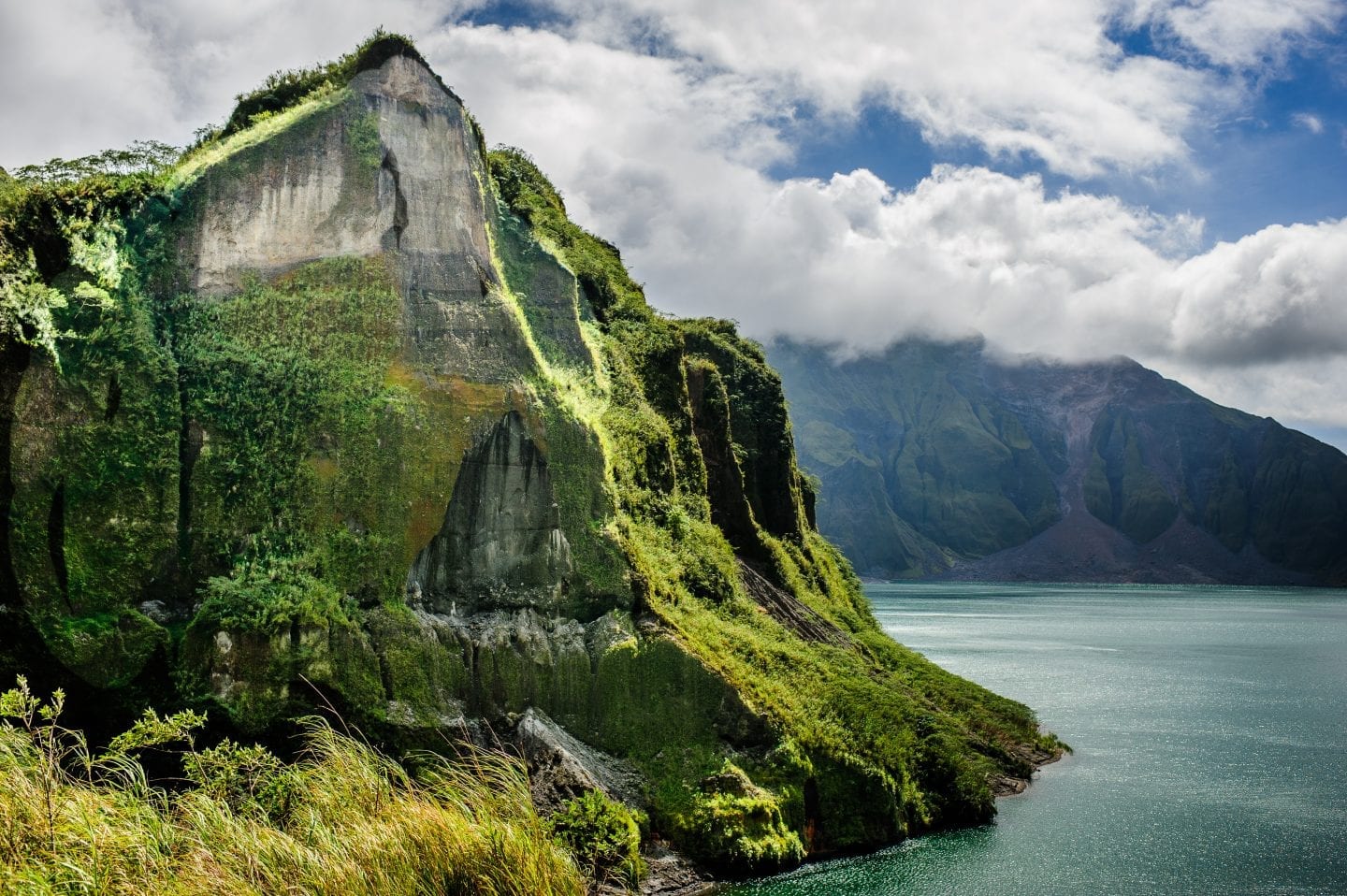 An interesting Philippines fact: Filipino people are very proud of their cultural traditions and seek to preserve them. There are several traditional Philippine folk dances, featuring clashing bamboo poles and jumping, in which Filipinos dress up and wear national costumes for special occasions. Women wear a “tern” or a long dress with butterfly sleeves and a flared skirt, while men are dressed in a “barong tagalong” featuring a special shirt whose sleeves are constructed from pineapple pulp!

The native people to what is now the Philippines are the earliest inhabitants known as the Negritos. They still reside in nomadic tribes among tropical forests.

A considerate Philippines fact you may encounter when traveling: you’ll find special lines in businesses, restaurants, banks, and other shops, designated for elderly people, pregnant women, and the disabled.

Interesting Philippines Facts: The Philippines receives over 6 million visitors a year and one third of them are flocking to the white sand beaches of Boracay. Over-tourism to Boracay forced the president to close the island for six months in 2018 to get it cleaned up.

If you receive a gift from a host in the Philippines, be aware of this custom: it is considered rude to open a gift immediately upon receiving it. 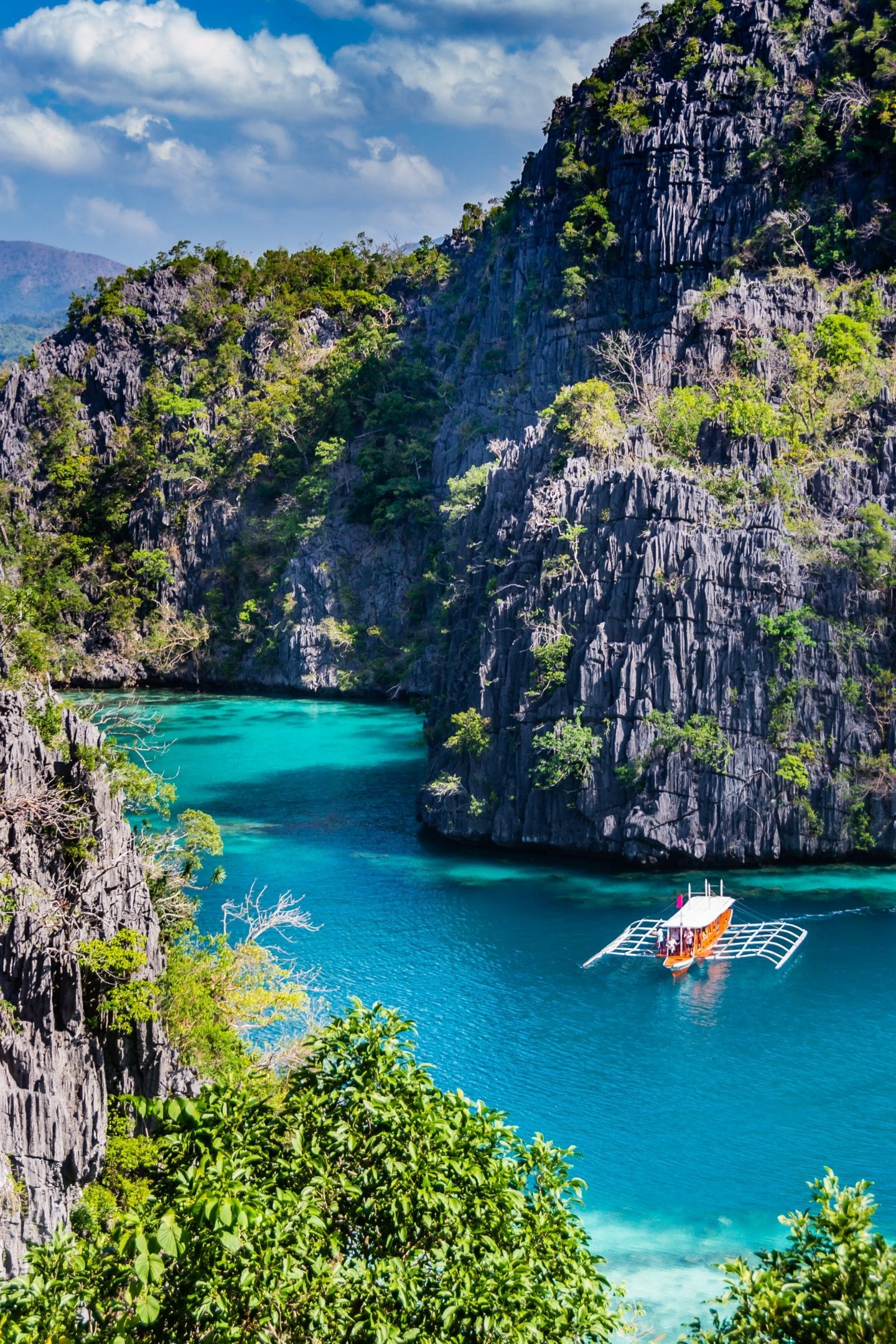 The future of providing front-line healthcare is in the hands of the Philippines, where over 25% of the world’s overseas nurses hail from.

The capital city of Manila was named after the white-flowered mangrove plant, the Nilad, or Scyphiphora hydrophyllacea. It is a tree with white, star-shaped flowers. The tree produces a dark blue dye, which is why in other countries it is called the Indigo tree.

The anti-lock braking systems (ABS) used in Mercedes-Benz, BMW, and Volvo cars are made in the Philippines. Ford, Toyota, and Nissan are the most prominent automakers manufacturing cars in the country.

Philippines interesting facts and figures note that the archipelago and country are almost 300,000 square kilometers in size. A dry and hot season runs from the month of March to May while a damp typhoon season spans from June to October. From November to February, the weather is normally cool and fair. 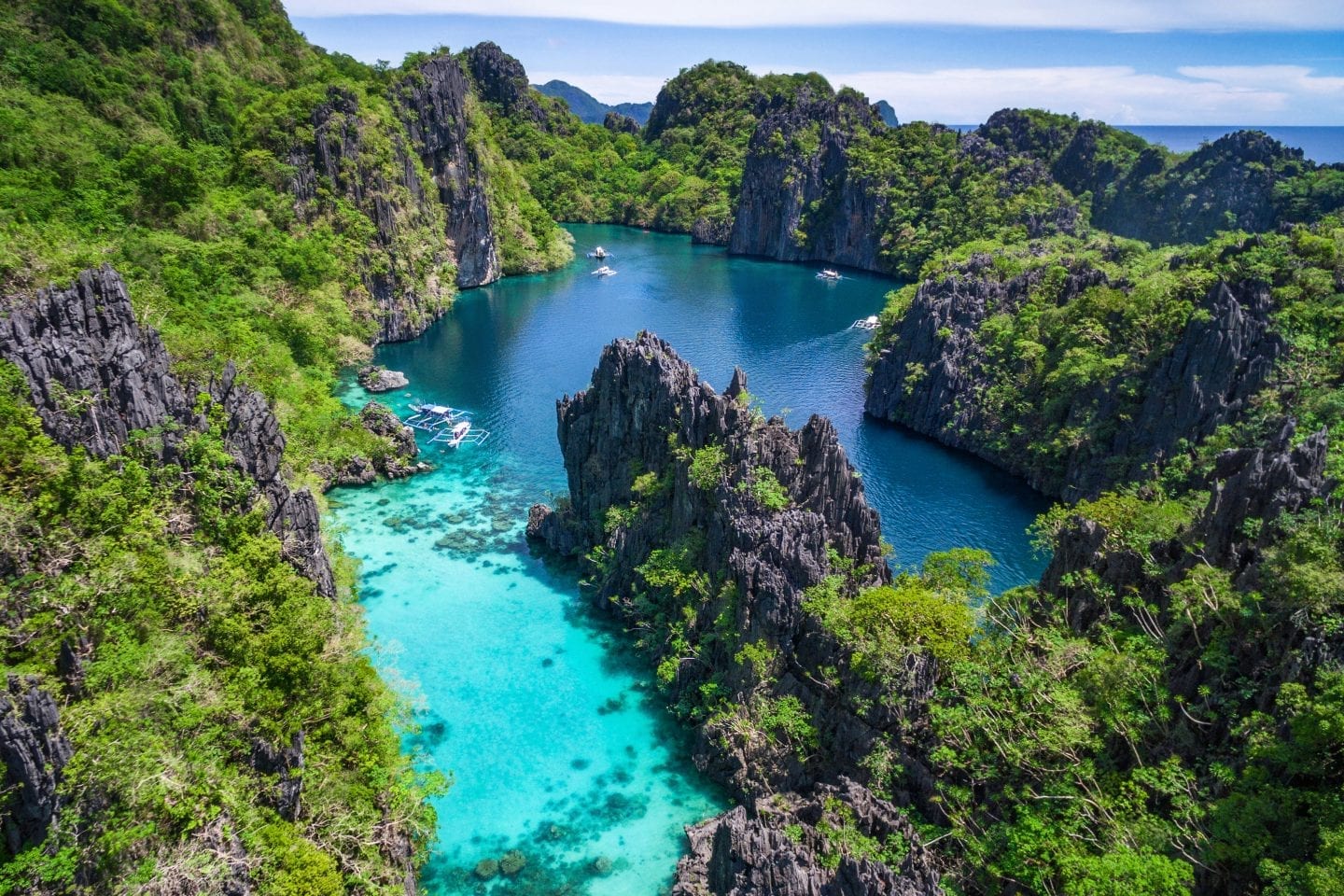 Cockfighting is a centuries-old blood sport, one of the most popular sports in the Philippines. The sport has been widely spread since the times of ancient Persia, Greece, and Rome. In the Philippines, it is still very actively participated in, and the country has hosted several “World Slasher Cups,” staged in Manila’s Araneta Coliseum.

Manny Pacquiao, a famed professional boxing champion, is Filipino and was elected to the House of Representatives in the 15th Congress of the Philippines. He was subsequently re-elected, and in 2016 was elected to the Senate, serving a six-year term until 2022. It is rumored that he will succeed Rodrigo Duterte as President at that time.

One of the most popular fast food chains in the Philippines is Jollibee. The restaurant serves up such specialties as the Amazing Aloha Burger made with bacon and pineapple on top, as well tuna pie (as opposed to apple pie). Beginning as an ice cream parlor in 1975, Jollibee evolved into a fast food chain selling burgers and hot dogs. The busy bee is the mascot representing the restaurant chain, symbolizing the Filipino spirit: “hardworking, positive, and jolly”. The restaurant chain is popular throughout North America, Europe, and the Middle East.

Unlike America, where students typically get the summer months off, Filipinos have a school year that runs from March to June.

Craving a cocktail with authentic Filipino flavor? You’ll want to try Tanduay rum, which in fact was started in the Philippines in 1854 and remains the Filipino spirit of choice. Made from sugar cane milled on the island of Negros, like many countries, the alcohol product can be less expensive than purchasing a bottle of water.

The jeepney is sometimes referred to as the “King of the Philippine roads.” It is a descendant of the Jeeps American troops drove in the Philippines during World War II. Jeepneys are very inexpensive and typically very comfortable. Second- and third-generation jeepneys have air conditioning units and closely resemble minibuses, painted in very bright colors and designs. Some jeepneys can carry up to 30 passengers! While it is a predominantly used public transportation among locals, you should give a jeepney a try when you visit the Philippines. If you are a pedestrian walking around, stay very aware as jeepneys have a reputation for driving fast! 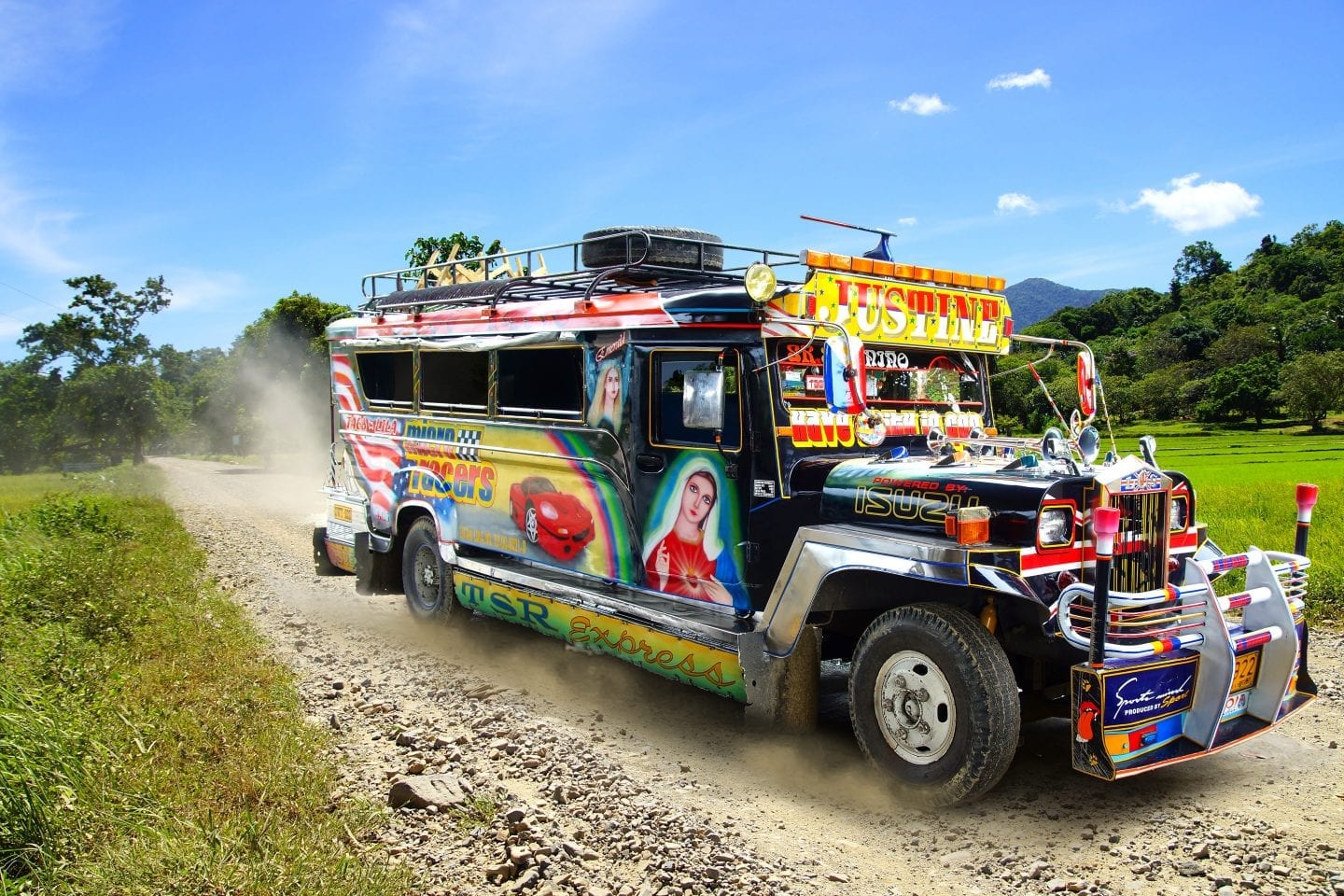 A fun fact about produce in the Philippines: the country is the world’s second largest source of coconuts, with over 153,532,000 tons harvested each year.

A popular Filipino dish may very well be adobo, which is a stew of chicken and/or pork cooked in soy sauce, vinegar, crushed garlic, bay leaf, and black peppercorns. In Spanish, adobo translates to “sauce” or “seasoning.” The Filipino version is actually indigenous to the islands, which has been cooked up long before Magellan’s arrival to the Philippines.

One of the most interesting Philippines facts is their love for Christmas. Filipinos start playing Christmas music and decorating as early as September! You can go to the mall and see Santa and Christmas decor everywhere. In addition, the celebrations continue until the first Sunday in January when Epiphany is celebrated.

Halo-halo is probably the most popular dessert in the Philippines. A chilled dish, Halo-halo is a combination of crushed ice and evaporated milk, with a variety of added ingredients, including fruit slices, sweetened beans, ube (a unique, bright purple yam), boiled root crops in cubes, flan, coconut, and other items. The dish is served with a scoop of ice cream on top. 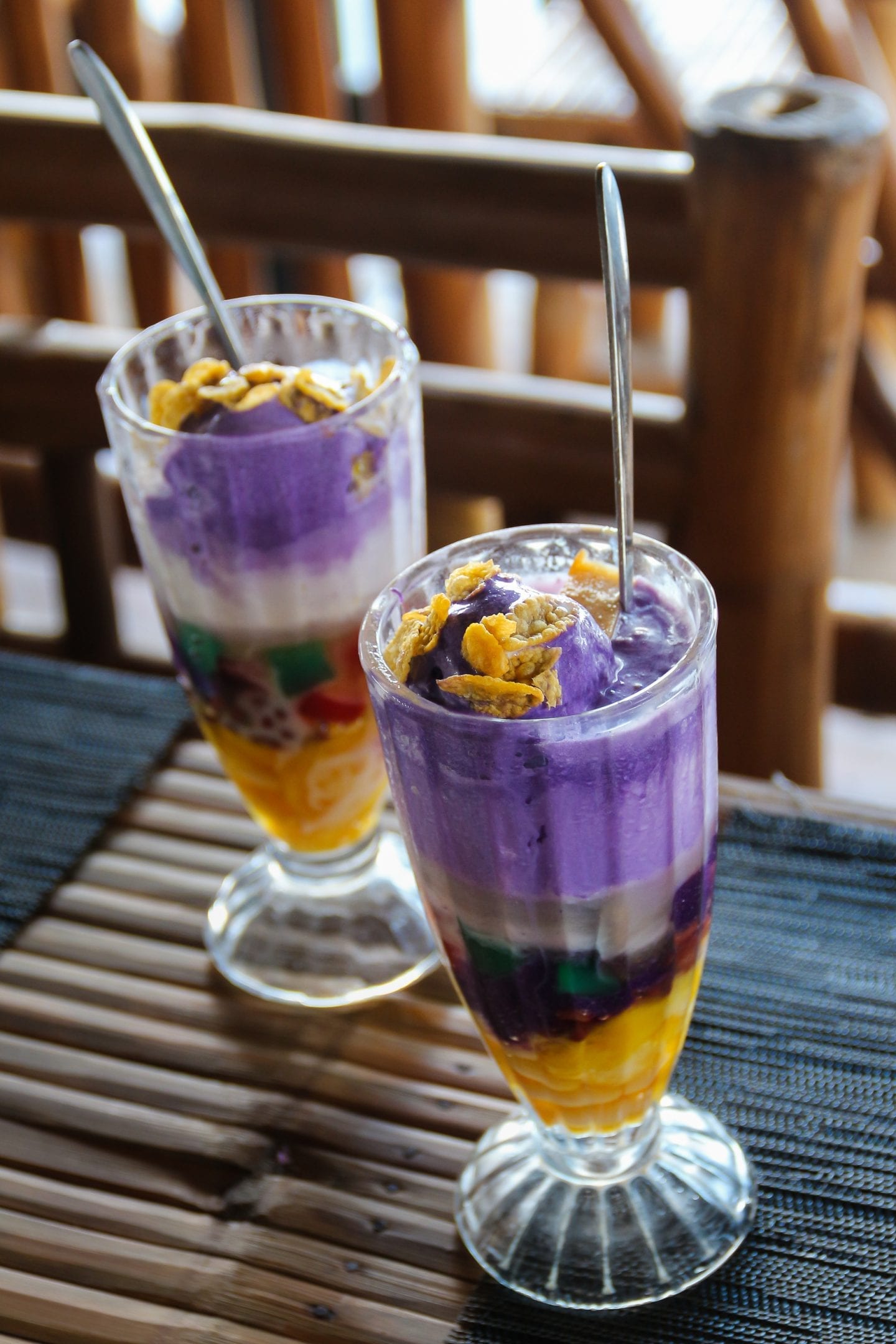 Hopefully these Philippines facts have inspired you to take a trip to the Islands and explore the vibrant culture, friendly people, eclectic sites, and delicious foods. Be sure to seek out a jeepney ride, enjoy a massage, take a selfie with some locals, and snack on a refreshing coconut beverage or snack! The tropical Philippines will no doubt leave you feeling inspired and invigorated when you return from your travels. 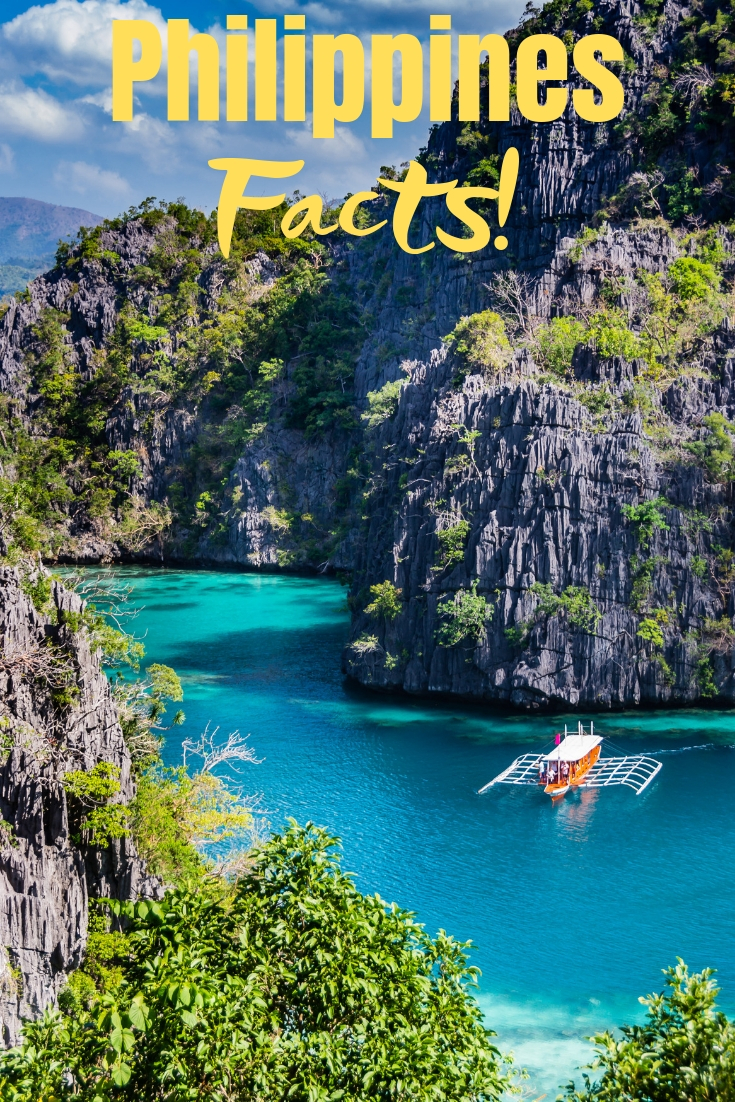