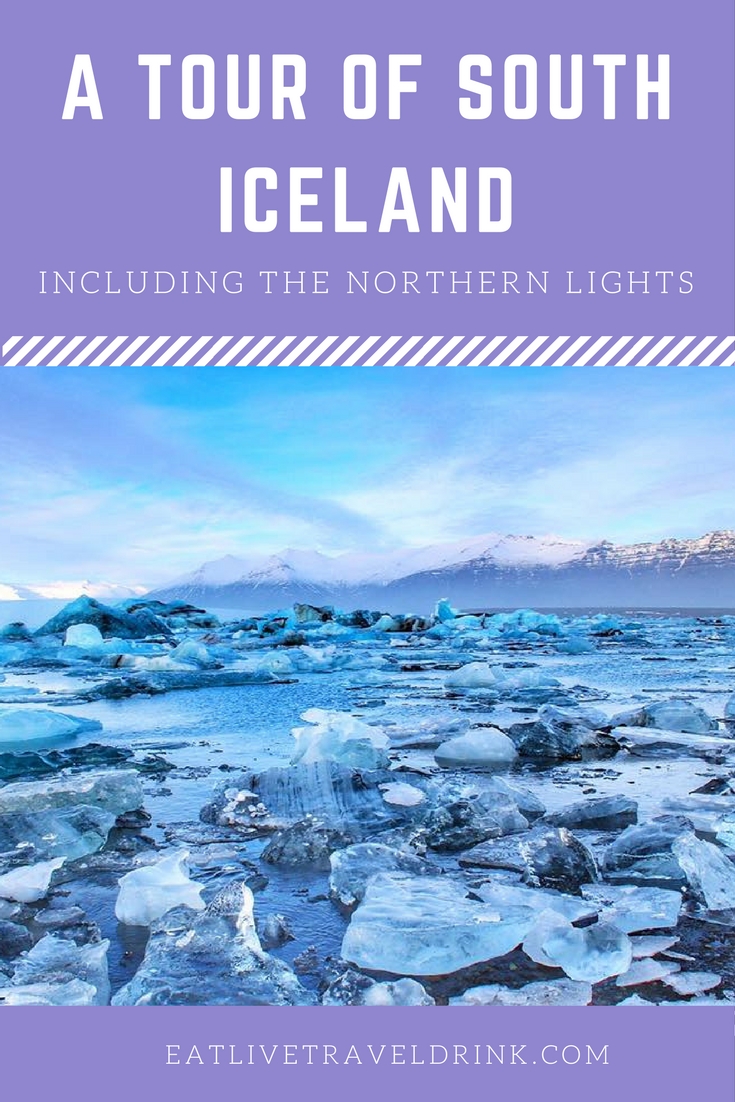 Before I share any photos of this magical journey, I want to say that this tour was the most beautiful thing I have ever experienced. I was in complete amazement of mother natures majestic beauty and if there is only one tour you can take in Iceland – this should be it.

This was my second trip to Iceland and my second time touring with BusTravel Iceland. The drivers and tour guides are not only friendly but extremely knowledgeable about the country and the sites you will visit. Every question I had was answered completely.

The main stops on this tour are:

The first stop on the tour is Seljalandsfoss. This is one of the most recognizable waterfalls in Iceland during the summer months because you can walk behind it and its truly beautiful. The terrain in the winter is slippery and muddy so we were unable to walk behind it – but it was still a powerful and beautiful waterfall despite the freezing temperatures. 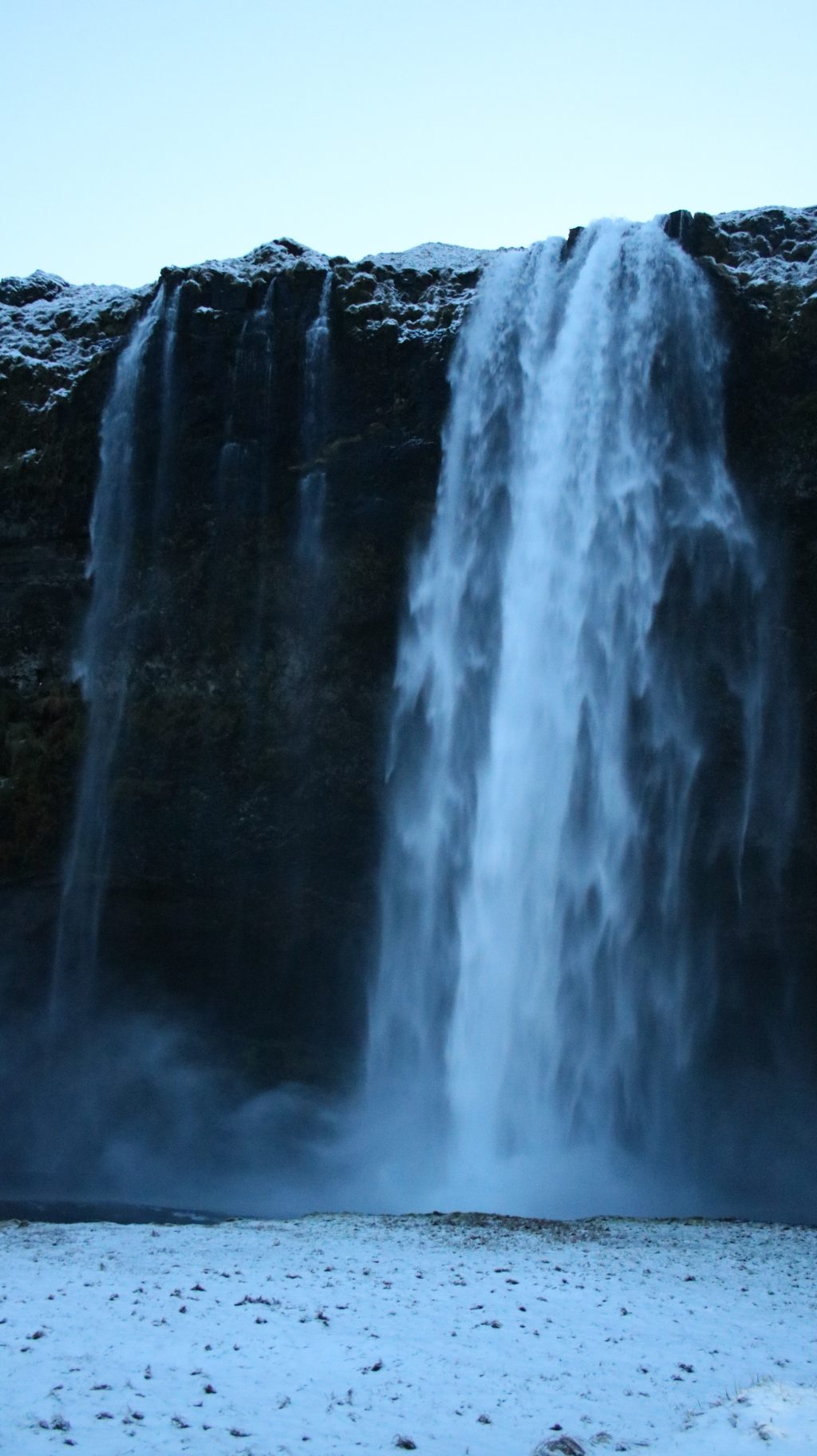 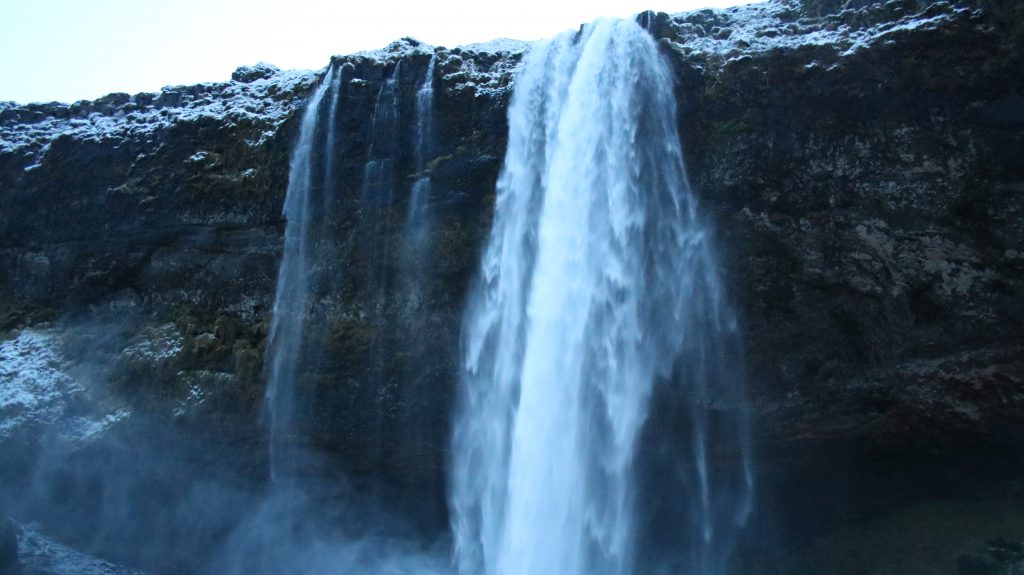 During the winter the sun does not rise until around 10:00am – but when she rises, shes a beauty. We stopped between the two waterfalls to see the sunrise and some homes along the road. 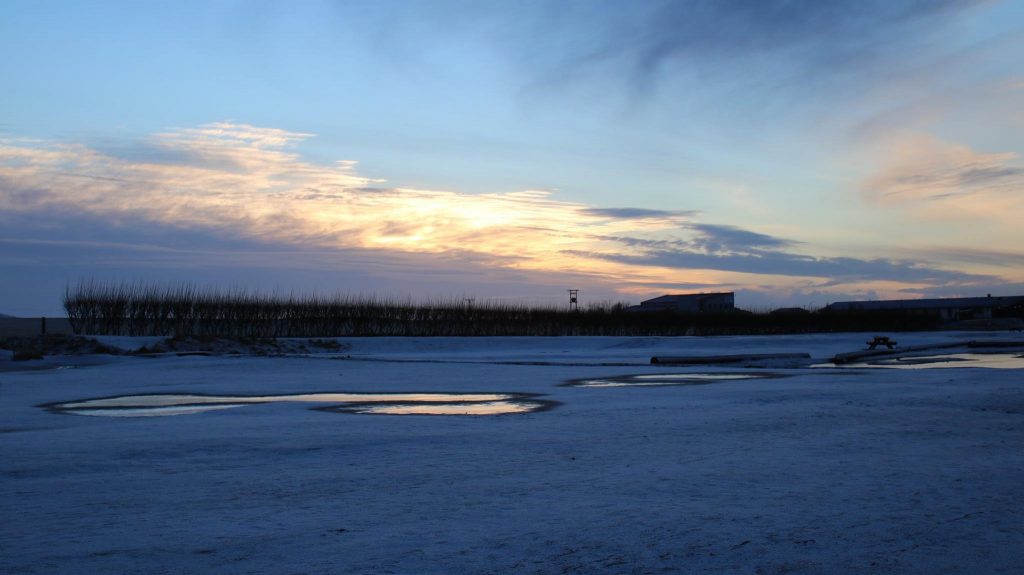 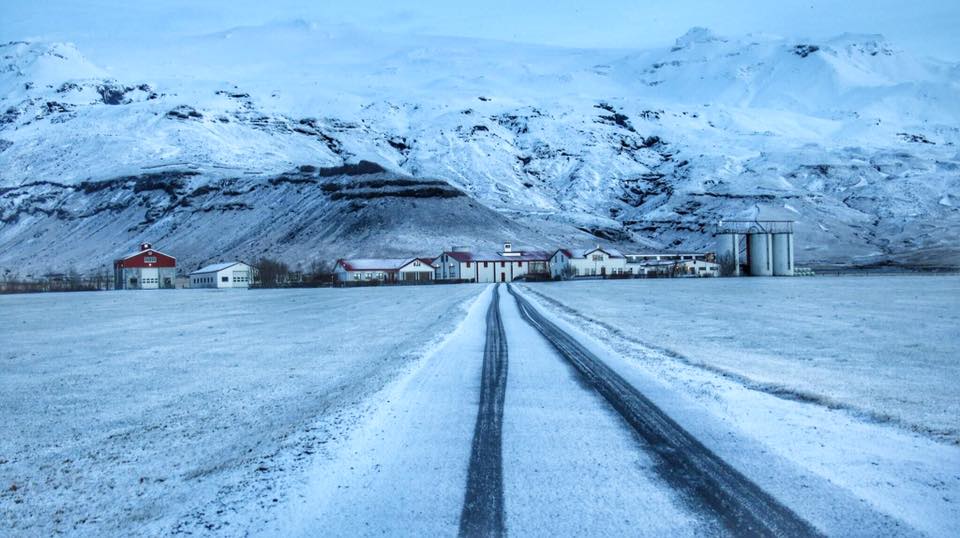 Skógafoss waterfall. It is quite impressive if you stand at the base of it. There is a trail on the right side to walk up to the top to see if from another angle, but with the slippery conditions, we were advised not to. 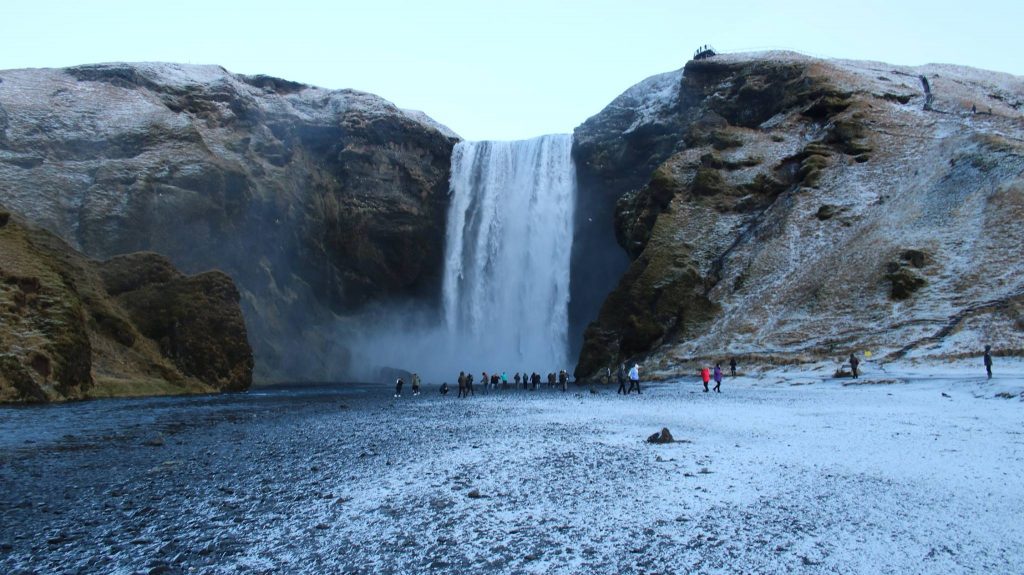 The Village of Vík is the southern most city in Iceland, I would love to come back and do 4 days in South Iceland in the summer. We did not explore the city for long as it was just a photo opportunity and a bathroom/coffee stop. Notable photo opportunity is the basalt sea stacks that legend says two trolls tried to drag a 3 masted ship to shore and were unsuccessful.

Then when daylight came they became needles of rock. 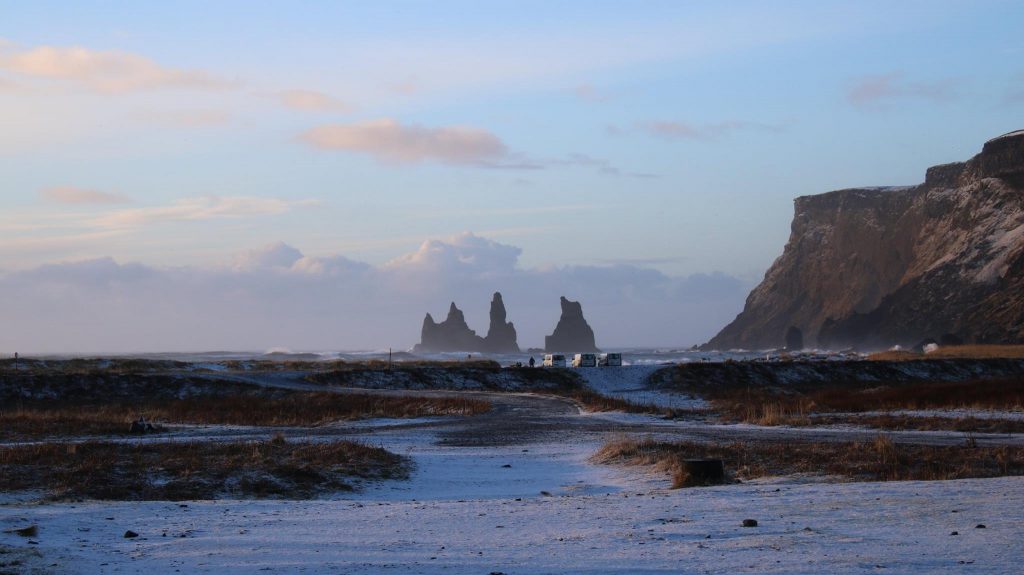 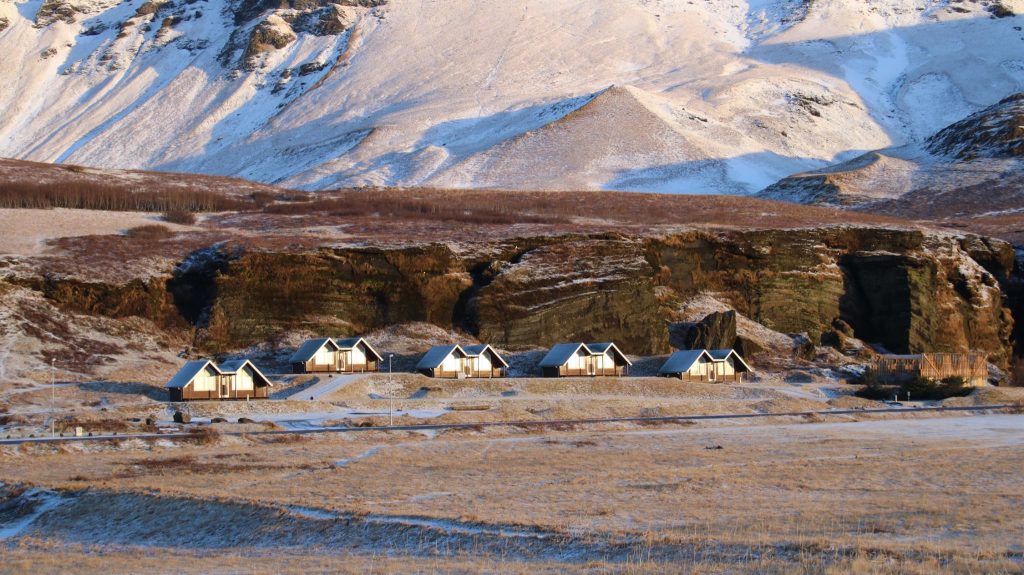 The last and most impressive stop (in my opinion) is the Glacier Lagoon and Diamond Beach. They are located across the highway from one another, so when you are doing admiring one, you can walk across the street and explore the other. 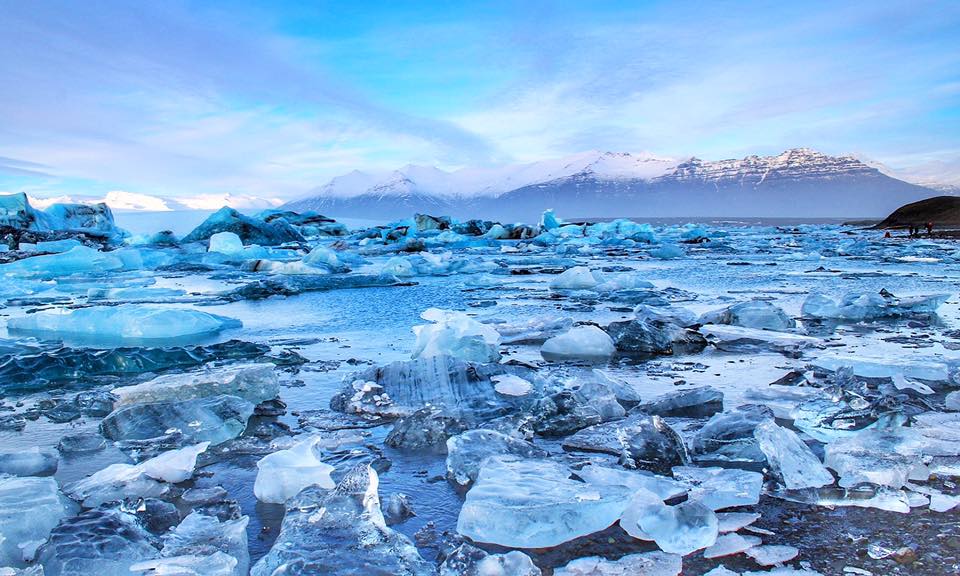 During this stop we were given one and half hours to explore, which was plenty of time – but I could have stayed here all day admiring this gorgeous landscape. 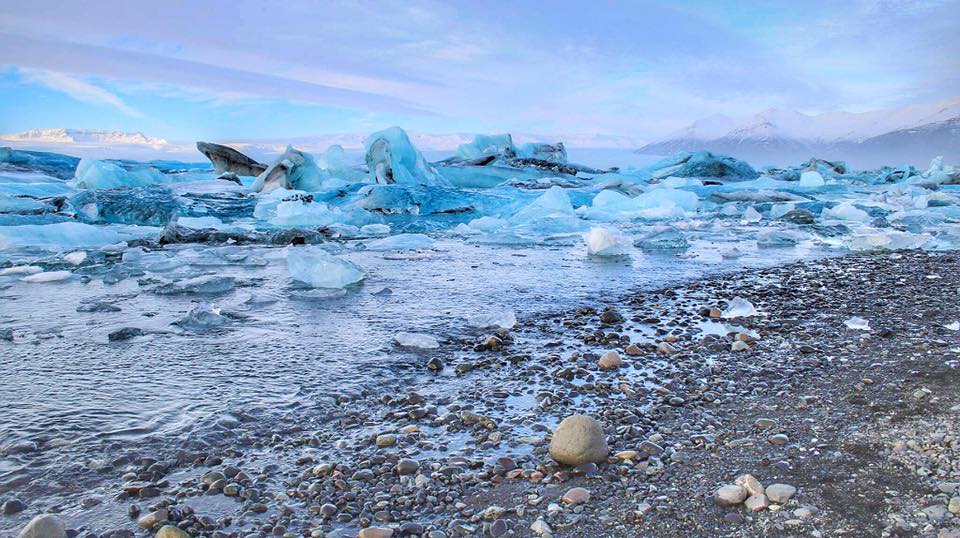 Jökulsárlón is a glacial lake and came to be after the glacier started receding from the Atlantic Ocean. You will notice that it is melting and there are several large chunks of ice floating. While I was visiting I heard the ice crack twice and break off in big areas.
This is the moat amazing thing I have ever seen in my life. I can’t even put into words how beautiful it is and the pictures will never do it justice. 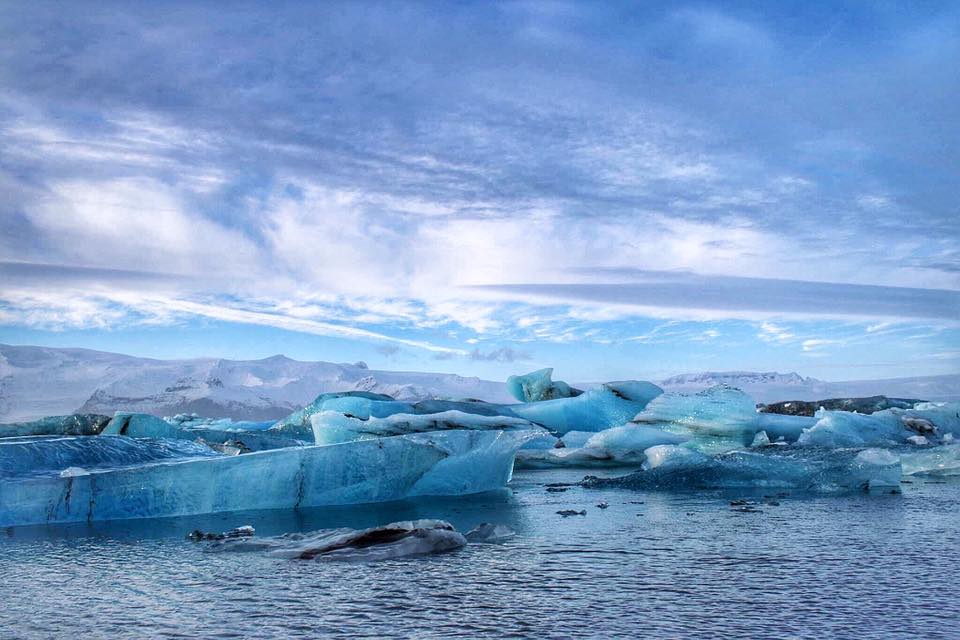 Directly across the street is Iceland’s own Diamond Beach. Lush with black sand and ice on the shore – it looks like diamonds. The water was a bit intense due to the weather but it was amazing to explore. 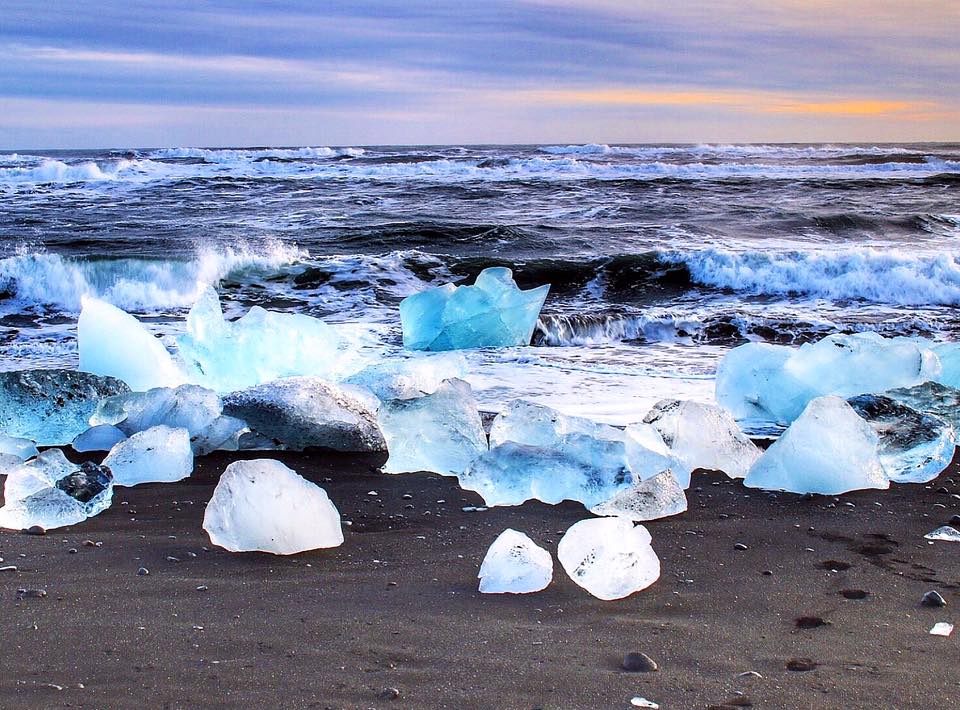 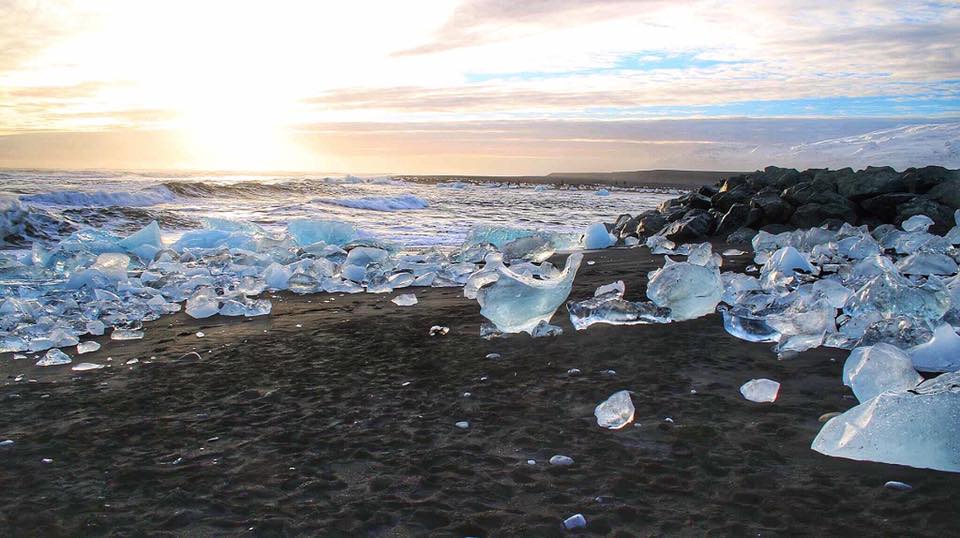 This last stop on the tour was my favorite because I had heard so much about visiting the Glacier and the beach and it lived up to everything and more. This was a top travel moment for me and unforgettable.
On the way back the tour does stop for bathroom and food breaks. We stopped  for shopping and dinner and I caught the sun setting on the island. 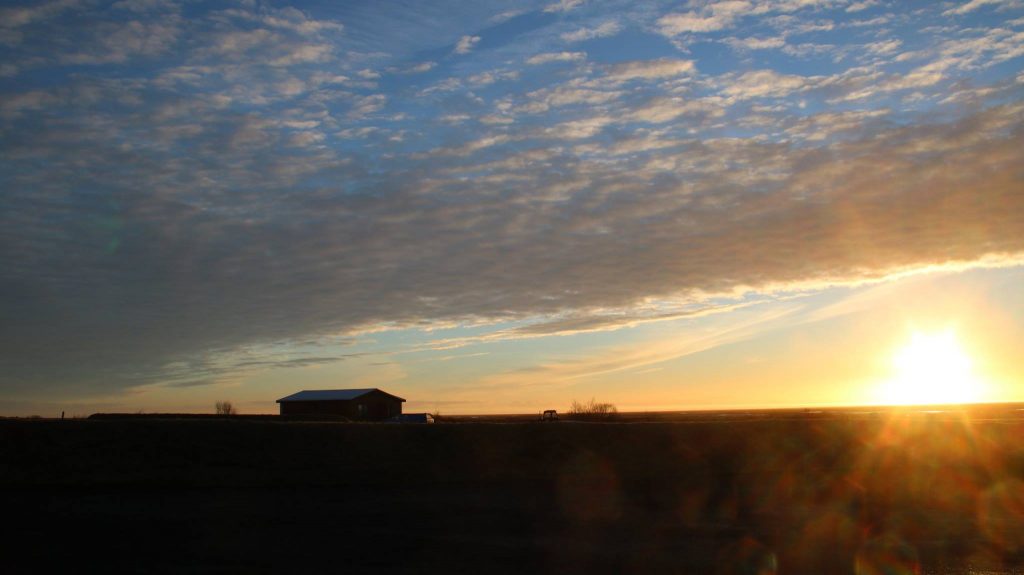 To our surprise, on our drive back the Northern Lights were out and we were lucky enough to stop and watch them in a few places. This was unexpected and a perfect ending to this day. 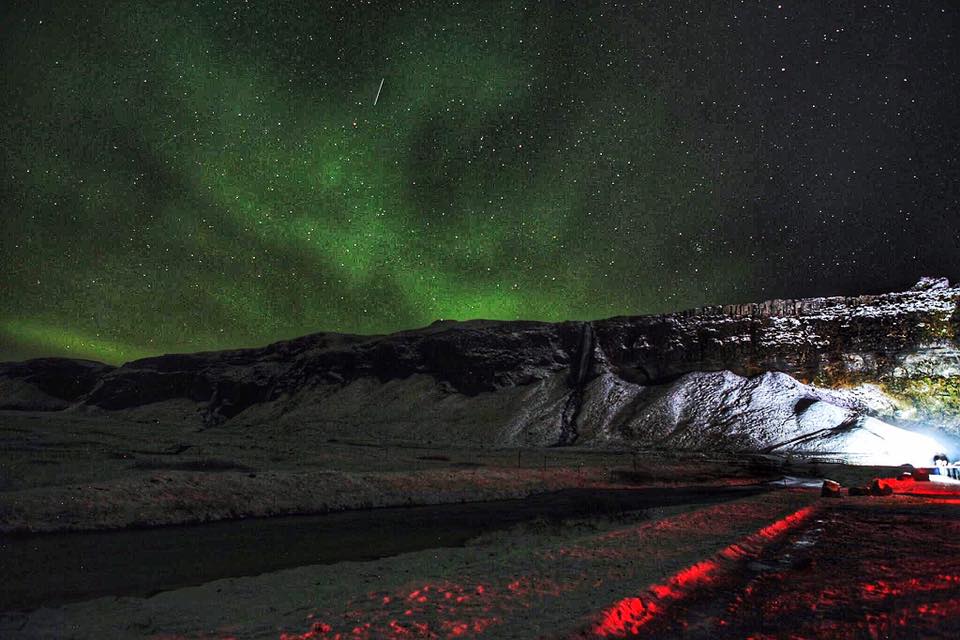 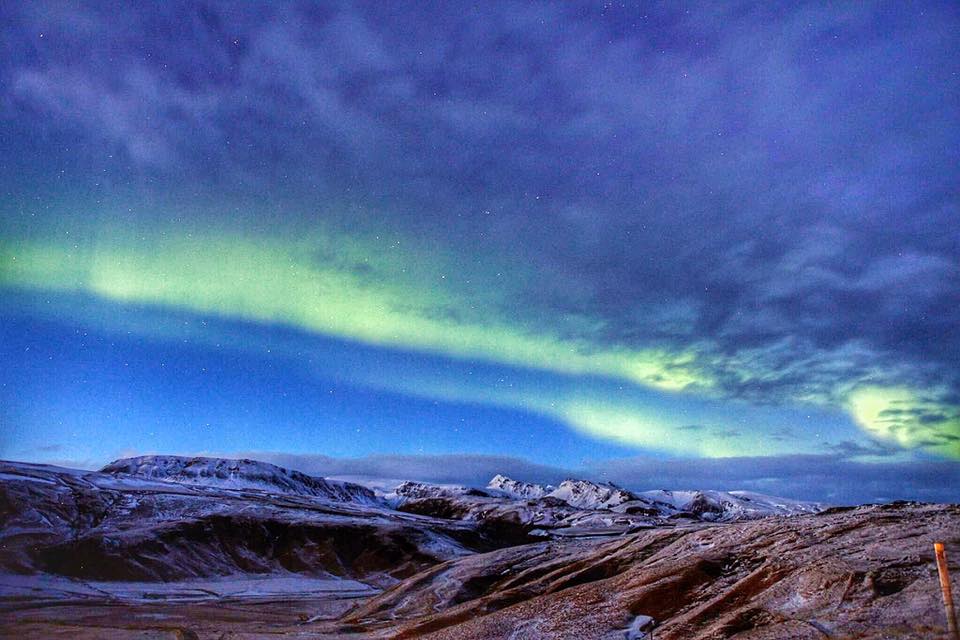 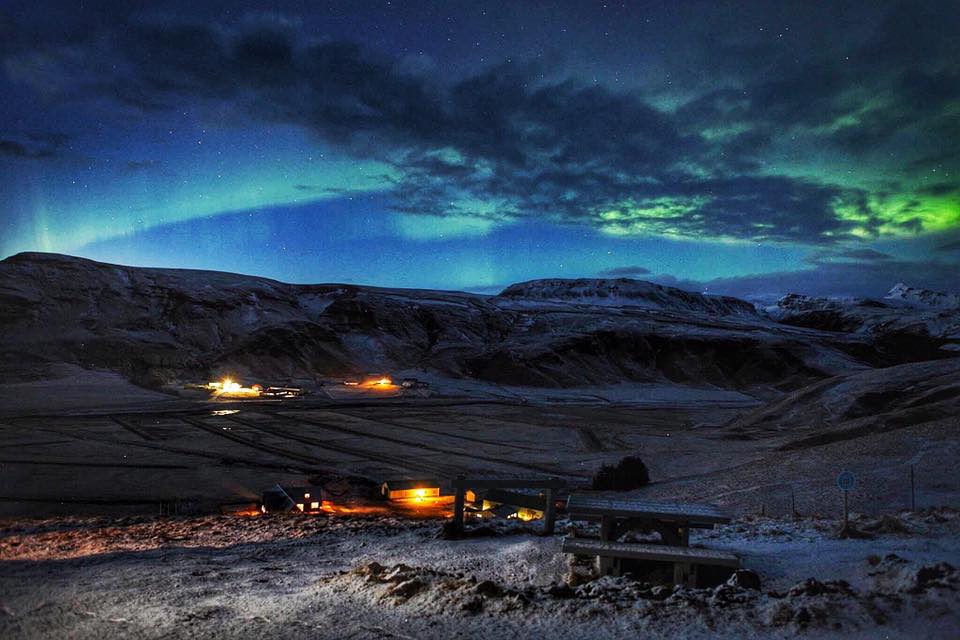 Disclaimer: I was hosted by BusTravel Iceland. As always, opinions are entirely my own.